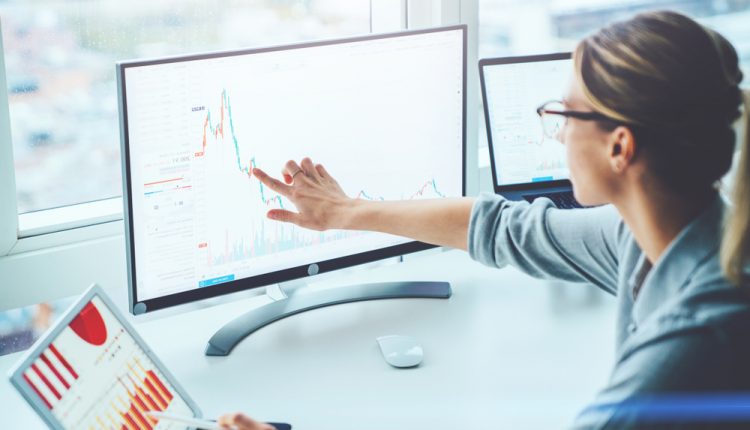 This year, Barbara and Duncan Stewart, CFA, conducted an online survey designed by Çiğdem Penn of XSIGHTS entitled, Rich Thinking 2020 Quantitative Survey: How Smart Women Invest. The survey celebrates a decade of ground-breaking research in women and finance, and poses broader questions to gain more insight into how women invest.

Barbara Stewart, a member of CFA Society Toronto, released her first white paper on women in finance ten years ago. Over the past decade, she’s focused her methodology on interview-based research, conducting more than 800 interviews globally with a different focus each year

On January 6, 2020 they released their results to the public.  Barbara Stewart provided The Dales Report with some engaging thoughts on what she found.

Barbara says the result that shocked her the most involved women and risk. “After doing hundreds of interviews with women all over the world, I already was sure that “women are risk aware, not risk averse” would be the top answer. However, if you had asked me to predict the numbers, I would have guessed that maybe 50% of women would check that box? That it was 74% shocked me!”

She adds, “Similarly, I knew that more women take care of their own investments independently than many think. I would have guessed around 40% would say that they either do it all themselves, or mainly themselves…but it was much higher than I imagined at 66%!”

The myth of the gender gap

In terms of debunking common myths and misconceptions about women, Barbara had a lot to say reflecting on what she saw in her initial findings, a decade ago.

Stewart told The Dales Report, “In 2010, women were being lectured about the gender investing gap. The financial services industry said ‘it’s not me, it’s you’ and told women they were badly educated, couldn’t understand charts and graphs, wouldn’t watch the stock channels on TV, wouldn’t buy stocks, were afraid of risk, and (perhaps most of all) lacked confidence. ‘You need to change, not us’ was the message. The traditional way of measuring financial confidence was to do a survey and ask women and men if they would describe themselves as financially confident. That sounds like a good way to do it, except for the fact that both genders lean towards different styles of answering how confident they are. In a society where (for the same attitude) a man is usually called confident while a woman might be called arrogant, it is not surprising that in a survey women self-report lower confidence levels.”

The research Barbara Stewart has conducted leads her to reiterate important and nuanced findings that common myths have glossed over.  Barbara repeatedly has discovered women are in fact risk aware, not risk averse. Barbara says, “Across all of my interviews, I noticed a pattern where women were making big bets – risky bets – in changing careers, putting their money to work with others, or investing in their own ideas. The more I looked at it, the more I realized that the more accurate description was that women were risk aware, not risk averse.”

In the past decade Barbara has seen technology act as a complete game changer for female investors with an increase in women beginning to invest.

Barbara says, “In 2020, instead of going to a standard broker or wealth manager, women —and millennials of both genders — are making their first ever investments in one of two new ways. The first through online AI-powered robo-advisors, such as Wealthfront in the United States or trading websites like Poems in Southeast Asia; the other through social-trading platforms, like eToro headquartered in Tel Aviv or Shareville in the Nordics. There are many other examples, including the Canadian firm Voleo, which offers a social trading app for investment clubs.”

Barbara and others in the field have seen their research ‘shift the conversation’, however Barbara cautions that there is still a lot of work to be done to understand women’s financial needs and behaviours. Speaking to ways that companies can better position themselves to be more appealing to women, she believes that these companies should publish more research demonstrating they have an intimate knowledge and understanding of how women think and communicate.

As new trends for women in finance continue to arise through the roaring 2020’s Barbara Stewart has her finger on the pulse of the investing population.  The companies who are ready to better understand the nuances of female communication and mindset are sure to profit!