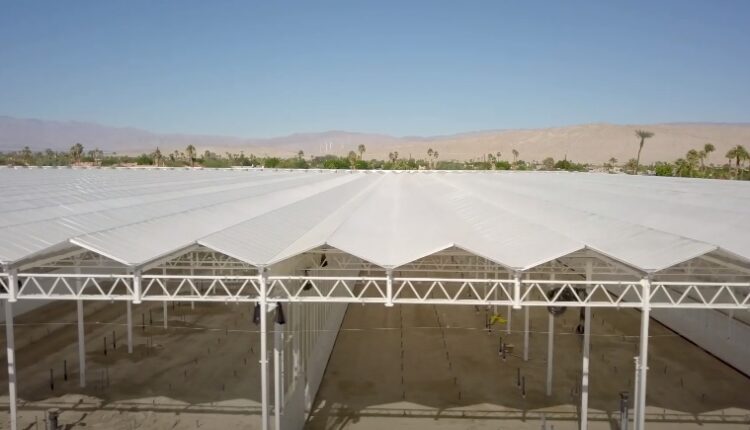 Cannabis Countdown: The Sector’s 10 Biggest Stories For The Week of May 24

Gage Growth Corp., a leading high-quality cannabis brand and operator in Michigan, reported its financial results for the three months ended March 31, 2021. All currency references used in this press release are in U.S. dollars unless otherwise noted.

HEXO Corp. entered into a definitive share purchase agreement to acquire all of the outstanding shares of the entities that carry on the business of Redecan, Canada’s largest privately-owned licensed producer, with leading market share across a number of categories, through the issuance of common shares of HEXO and subject to certain customary adjustments.

Under the terms of the Share Purchase Agreement, the $925 million purchase price will be paid to the Redecan shareholders as follows:

Jushi Holdings Inc. announced its first quarter 2021 ended March 31, 2021 financial results. The company also provided an update with respect to the filing of its audited annual financial statements for the year ended December 31, 2020, the related management’s discussion and analysis, related CEO and CFO certificates and annual information form for the year ended December 31, 2020.

TDR: Revenue for Q1 2021 beat the 4-analyst estimate of $40.67 million. This was also the third consecutive quarter of positive Adjusted EBITDA, which leaves no doubt that self-sustained funding is close at hand. As of March 31, 2021, the Company had $167.9 million of cash and short-term investments.

In a setback to companies hoping to enter one of state’s fastest growing industries, the Florida Supreme Court ruled Thursday that state medical marijuana regulations are likely legal.

In a decision released in the case of Florida Department of Health v. Florigrown, LLC, justices found that Florigrown’s challenges to state regulations did not have a “substantial likelihood of success.” It reversed a decision by the First District Court Of Appeal to put those rules on hold.

A bill to decriminalize marijuana possession in Louisiana that already passed the House was approved in a Senate committee on Tuesday, sending it to the full chamber for final passage.

The legislation, sponsored by Rep. Cedric Glover (D), would make it so possession of up to 14 grams of cannabis would be punishable by a $100 fine without the threat of jail time. It cleared the Senate Judiciary C Committee in a 3-2 vote.

If the decriminalization bill is approved on the Senate floor without amendments it will head to the governor’s desk.

Cresco Labs Inc. announced its financial results for the first quarter ended March 31, 2021. All financial information presented in this release is in U.S. GAAP and U.S. dollars, unless otherwise noted, and all comparisons to prior quarter and prior year are made on an as-converted basis under U.S. GAAP.

TDR: Revenue of $178.4 million was dead-on with the 16-analyst estimate of $178.44 million. Analysts were generally glowing in the post-earning and guidance aftermath, with AGP (Buy, $25) and BTIG (Buy, $24) reiterating ratings and price targets. Stifel issued a positive post-earnings note as well. Cresco Labs stock rose ↑5.66% on the day results were announced on Thursday morning and CRLBF tacked-on an additional ↑2.68% to close the week.

Ayr Wellness Inc. reported financial results for the three months ended March 31, 2021. Unless otherwise noted, all results are presented in U.S. dollars. As of first quarter 2021, the Company is now reporting in US GAAP.

The results of our successful execution thus far can be seen in our April monthly revenues, which have nearly doubled since January. We expect step function growth across Q2, Q3 and especially Q4 2021, with further milestones reached when additional cultivation projects come on-line and we close our New Jersey acquisition later this summer.

The Company is reiterating its target for 2022 revenue of at least $725 million. On a US GAAP-adjusted basis, it is also reiterating its guidance for 2022 Adjusted EBITDA of $300 million, which is comparable to $325 million on an IFRS basis.

The governor of Minnesota on Tuesday signed a large-scale bill that includes provisions to expand the state’s medical marijuana program, in part by allowing patients to access smokable cannabis products.

Earlier this month, a bicameral conference committee approved the reform, in addition to several other marijuana-related changes, as part of an omnibus health bill. The full House and Senate then took it up and passed it last week—and now Gov. Tim Walz (D) has signed the measure.

This comes after the House approved a bill to legalize marijuana for adult use following 12 committee assignments. That legislation stalled in the GOP-controlled Senate, however.

A bill to federally legalize marijuana and promote social equity in the industry was reintroduced in the House on Friday.

The legislation, sponsored by Judiciary Committee Chairman Jerrold Nadler (D-NY), was filed with a number of changes compared to the version that was approved by the chamber last year.

The bill—which would remove marijuana from the Controlled Substances Act (CSA), allow people with cannabis convictions to have their records expunged and create a federal tax on marijuana with the revenue going to support community reinvestment and other programs—comes as Senate leadership is preparing to introduce a separate reform proposal with similar objectives