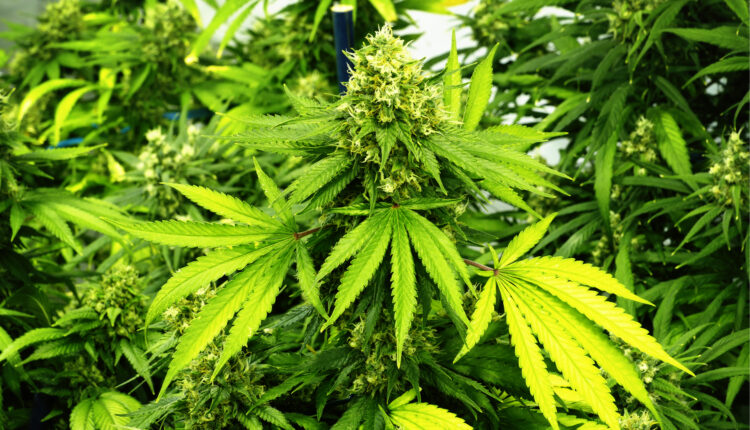 Cannabis stock investors have been reminded this summer about the two-sided reality of their stakes in the industry.

Number one: The cannabis market is still an up-and-coming sector with immense potential in the near future.

The cannabis sector has undergone a few months of steady declines, culminating in a steeper drop over the last thirty days.

Every cannabis commodity has been vulnerable to the slowdown. These include the top four public cannabis stocks according to market cap:  Curaleaf (OTC: CURLF), Canopy Growth (NASDAQ: CGC), Green Thumb Industries (OTC: GTBIF), and Trulieve Cannabis (OTC: TCNNF). All have experienced declines in value in the last 30 days.

In many ways, cannabis investors are now learning about the cyclical nature of the stock market and how it can affect even the strongest companies. With that being said, there are two possible reasons for this current dip.

Legal marijuana sales jumped significantly during the COVID lockdown, and the market sustained growth through the first quarter of 2021. Some investors will be on pins and needles until August earnings season, when they’ll learn whether earnings are still going up or if they’ve plateaued. That nervousness can affect trading volume.

But the more notable roadblock is the stop-start path to federal legalization of cannabis in the United States. There’s little doubt that it’s going to happen in the future.

There are still a great number of opposing voices in the halls of Congress that will make it take a while. Lack of certainty makes volatile segments — which the cannabis market still is — vulnerable.

What’s the good news? The marijuana business appears to be in good shape, from an operational standpoint. Cannabis companies aggressively seek new venture and acquisition opportunities. They’re expanding their manufacturing capabilities and focusing on advanced cultivation methods. The cannabis industry is defining which fundamentals will point toward success. It’s growing up!

For now, share prices are low. And for two companies, these prices may be great entry points for two of the most promising cannabis stocks.

Greenlane Holdings Inc. (NASDAQ: GNLN), a cannabis accessory manufacturer and distributor, is down by just under 50% from its February high of $6.66 per share. There may be no better time than now to jump on its current price, which is hovering around the mid-to-high $3 range. Greenlane’s upcoming merger with KushCo is expected to close in Q3, creating one of the biggest cannabis ancillary companies in the market.

TerrAscend Corp. (CSE: TER) is a cannabis manufacturer and distributor that hasn’t made a profit in 12 months. But its revenue has grown by 145% during that period, giving the company the capital to expand operations and fund growth.

Investors will be listening into TerrAscend’s Q2 earnings call on August 19 to learn where the company is headed. The company’s one-year moving average, however, has continued to increase steadily. It may be smart to take advantage of its current price.