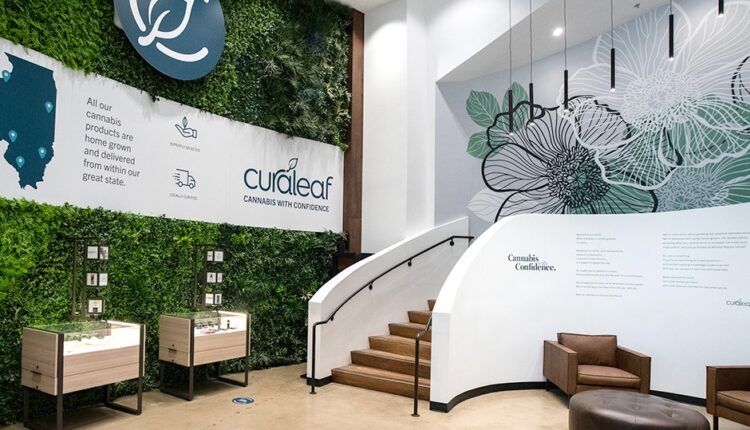 Curaleaf Holdings shareholders as well as those who have been sitting on the sidelines waiting for an investment opportunity will find it interesting to know the company has appointed a new interim Chief Financial Officer.  Curaleaf Holdings is a publicly traded company on the over-the-counter (OTC) market with the symbol of CURLF.  The company is also traded on the CSE with the symbol of CURA.  Let’s take a look at the company’s change in ranks from the perspective of cannabis investors.

Curaleaf has named Neil David as its interim CFO.  The announcement was made by Boris Jordan, the CEO of Curaleaf.  Jordan took to Twitter to make the announcement.  Though the change in leadership sent Curaleaf’s stock down by slightly more than 5%, the company still holds significant promise, especially in the context of long-term investing.  The plain truth of the matter is any C-suite change is likely to sound the alarms with investors, regardless of the company in question and the individuals changing roles.

David was named as Curaleaf’s CFO after the company’s former CFO, Ranjan Kalia, accepted a position in the tech sector.  Kalia couldn’t turn down the opportunity of a lifetime with his new employer where he will earn a 3x multiple of the average cannabis CEO’s salary.

The addition of Davidson has the potential to be a significant boon as he has extensive experience in the cannabis sector.  Curaleaf is a worldwide leader in the cannabis products space.  However, it is worth noting Davidson has been appointed as the interim CFO of the company, meaning his post might not be permanent.

Davidson previously served in the capacity of Curaleaf CFO from 2019 through 2020.  He worked in the role of Chief Operating Officer up until his appointment to the post of CFO earlier this week.  Though there is the potential for Davidson to remain in the position of CFO, the company is actively searching for a permanent replacement.

The change in executive leadership should not alarm cannabis investors.  Rather, the change is only a temporary setback that has the potential to lead to a net positive outcome for the company’s collective interest across posterity.

Curaleaf will continue to provide cannabis products that enhance the human condition, regardless of the dynamics of its executive leadership.  The company’s cannabis offerings are revered for their quality and efficacy.  Compare Curaleaf’s products to those of the competition and you will find they are superior in terms of diversity, quality and price.  Curaleaf serves both the medical and recreational markets.  The company has dispensaries, cultivation sites and operations within 23 states.  All in all, Curaleaf employs nearly 6,000 people.

Stay tuned in the months and financial quarters ahead to see if Curaleaf adds a new CFO or sticks with Davidson in the post.  You can find out the company’s latest updates from its website and also through CEO Boris Jordan’s Twitter account.