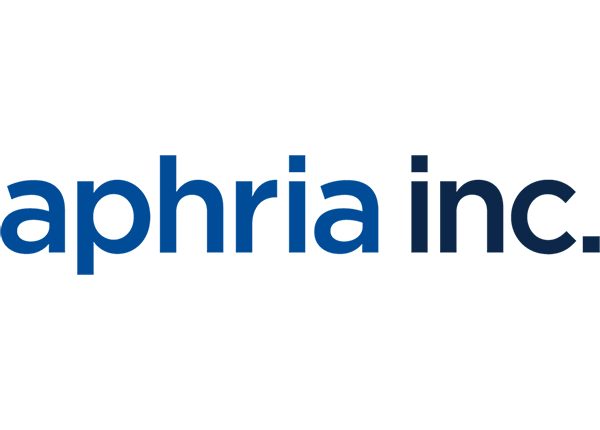 With Aphria Inc (TSE:APHA) (NYSE:APHA) third quarter 2020 earnings report showing strong improvement in several key performance metrics, investors began Wednesday positively giddy about the company’s prospects for the session. While many investors undoubtedly walked away disappointed, there were legitimate reasons for optimism. However, a suspended fiscal year outlook in combination with a few ‘horizon’ concerns threw cold water on the sizzling steak, with Aphria finishing pennies higher by session end. TDR recaps the session that was.

In terms of its financial results for the third quarter ended February 29, 2020, the sum of the parts may have been more impressive than the price action that followed. That’s not to say there weren’t some horizon concerns and uncertainties, but many of the core metrics investors look for improved in an impressive manner.

Revenue from cannabis products—a key metric which underscores the origination of core revenue—skyrocketed 65% to $55.6 million quarter-over-quarter (QoQ). This was certainly an unexpected and pronounced acceleration from the quarter before.  All-in cost of goods sold per gram shrank 14.64% as scale and increased efficiencies begin manifesting themselves. Net income flipped from loss to gain.

As well, the average selling price of adult-use cannabis, before excise tax, increased to $5.47 per gram from $5.22 per gram in the prior quarter, primarily as a result of a change in sales mix. In theory, this should put a temporary moratorium on price compression concerns that have been hounding Canadian licensed producers in the recreational domain.

Of course, there was also a flipside that while less visible, served to dampen the burgeoning optimism that started the session.

Gross margins crashed 13.9% from the prior quarter to 42.7% due to the sale of cannabis to another wholesaler and wholesale cannabis pressures. Although less important in a post-rec world, medical cannabis prices fell to $6.41/ gram compared to $8.16/gram in the prior quarter (↓21.44%), primarily related to the implementation of a compassionate pricing policy. Cannabis oil sales caved ↓27.33% QoQ for reasons undefined. Although certain transitory issues were likely at play, Aphria undoubtedly aims to reverse this trend as it eventually brings its Extraction Center of Excellence online in the coming quarters.

The market also likely took issue that inventory build soared to $225.8 million (↑146.73% over the prior 9 months) comprising an ever-greater percentage of total assets, thus rendering questions about how Aphria can move this immense amount of product in future quarters. Without domestic demand significantly ramping up above trend in combination with increasing market share, the company is potentially at risk of writedowns in the quarters ahead. This has already occurred with direct industry peers Hexo Corp. and Canopy Growth in recent quarters.

So with a generally positive third quarter—albeit with some concerning trends cropping up on the horizon—Aphria still managed to close 4.71% on the day and approximately four percent above the industry benchmark Horizons Marijuana Life Sciences Index ETF. It wasn’t what some investors were expecting, but some might call it ‘progress’.

But perhaps the most damaging circumstance causing the stock price to decline ↓8.59% that day was the company’s fiscal year outlook, which went from an anticipated $650-700 million in revenue/$88-95 million in adjusted EBITDA to $575-625 million/$35-42 million, respectively. Revising lower the fiscal year outlook was the bitter pill the market simply could not swallow—at least temporarily.

Unfortunately, with lowered expectations already the reality halfway into the quarter, uncertainties surrounding the coronavirus crisis torpedoed Aphria’s ability to commit to its latest fiscal year guidance, and that certainly didn’t help bulls on Wednesday.

We would note however, that even without the coronavirus, the company would have had a tough time making good on its guidance anyway.

By our calculations, Aphria has accrued $391.1 million in revenue 3-quarters into the fiscal year, and would have required to generate $183.9 million in Q4 to hit the low end of stated guidance. That would require aggregate revenue to accelerate ↑27.28% in Q4, which is a marked improvement beyond the 19.73% revenue growth experienced between Q2-Q3 and ↓4.36% drop experienced between Q1-Q2. With CC Pharma distribution revenues leveling off and medical cannabis prices caving, recreational product channels would have needed further accelerate beyond recent norms.

On the Adjusted EBITDA side, the comparisons were even more daunting. By our calculations, Aphria has accrued just $7.87 million in Adjusted EBITDA 3-quarters into the fiscal year, requiring an additional $27 million+ in Q4 just to reach the lower end of guidance. In other words, this metric will need to increase ↑217.66% to reach to low end of guidance, which is exceedingly unlikely given its current revenue trajectory.

Although soaring domestic cannabis sales caused by coronavirus theoretically make achieving one (or both) benchmarks a possibility, it also comes with headwinds. Some provinces have experienced intermittent store closures as outlets have been deemed ‘non-essential’ by provincial governments. The coronavirus is also likely having a negative effect on new store openings, which would have been crucial to achieving previous guidance.

While today’s gain is a pittance to what many investors were expecting due to the great revenue headlines, we must remember that Aphria withdrew its fiscal year 2020 guidance. Under such circumstances, coming away with a daily gain, albeit meager, doesn’t seem like such a bad result. Using the coronavirus crisis to its advantage, Aphria took the opportunity to slink away from guidance it could have had trouble achieving anyway, thus lowering the bar for the year’s final quarter.

Nevertheless, it was a performance that piqued our attention due to the accelerating core revenue profile, lowered COGS output and increasing market share that Aphria experienced. While TDR will be watching the corresponding rise in inventories closely, we give Aphria credit for executing in a manner many retail investors have been expecting for quite some time.