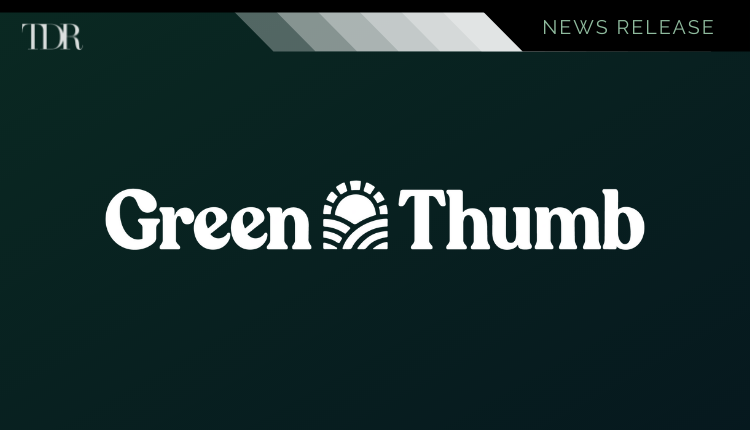 Highlights for the quarter ended December 31, 2021:

Green Thumb’s strong fourth quarter results reflect our Company’s continued deliberate execution. Our team delivered our sixth consecutive quarter of positive GAAP net income, eighth consecutive quarter of positive cash flow from operations and Adjusted Operating EBITDA of $76 million. On a full year basis, revenue grew 61% to $894 million, GAAP net income more than quadrupled to $75 million and Adjusted EBITDA expanded 71% to $308 million. We continue to keep our heads down while focused on executing the business plan. I want to express our gratitude and appreciation to our team, customers and communities who continue to support us and position us well for the future.

“Everything we have accomplished in 2021 was specifically designed to build long-term value for all of our stakeholders. Cannabis is a complex business but you can rely on us to continue our Enter, Open, Scale strategy to drive value. As I’ve said before, we are still in the early innings of this great American cannabis growth story, and we feel it’s our responsibility to shape this industry, which is being born out of the failed War on Drugs. America is the land of opportunity and we believe the cannabis opportunity should be made available to all Americans, regardless of race, gender or religion. As more states legalize, we hope the industry can include new participants.”

Total revenue for the fourth quarter 2021 was $243.6 million, up 37.4% from $177.2 million for the fourth quarter 2020. For the full year 2021, total revenue was $893.6 million, up 60.5% from the prior year. Revenue growth was primarily driven by increased scale in the Company’s Consumer Packaged Goods and Retail businesses, especially in Illinois and Pennsylvania. Key year-over-year performance drivers were the expanded distribution of Green Thumb’s branded products, 10 new store openings, 12 acquired stores, and increased traffic in the Company’s 73 open and operating retail stores.

On December 30, 2021, the Company announced it entered Minnesota through the acquisition of LeafLine Industries. As one of only two licensees in the Minnesota medical cannabis market, LeafLine is licensed to grow, process and dispense cannabis directly to patients. The acquisition of LeafLine includes a cultivation facility and five open and operating retail locations in Eagan, Hibbing, St. Cloud, St. Paul and Willmar. Green Thumb also acquired the opportunity to open up to three additional retail locations in the state.

On February 8, 2022, subsequent to quarter end, the Company announced that Dorri C. McWhorter, President and Chief Executive Officer of YMCA of Metropolitan Chicago, has been appointed to its board of directors and will join its audit committee. McWhorter brings a breadth of professional experience across a variety of businesses and industries and is known for her socially conscious approach to leadership.

Green Thumb in the Community

In honor of Veteran’s Day, Green Thumb partnered with Happy, a leading peer-based mental health company, to directly address the mental health of Veterans. During the months of November and December 2021, Green Thumb offered Veterans and their families free and unlimited mental health support through Happy. Veterans have been particularly hard hit by social isolation, anxiety, depression and unique traumatic experiences. With four times as many Veterans dying by suicide than in combat, new solutions to mental health are more important than ever.

In 2021, Green Thumb provided grants to three non-profit organizations through its Good Green grant program to give back to communities disproportionately affected by the War on Drugs. The three recipients received unrestricted grants of $75,000 each to help advance their organization’s mission. The Company is in the process of reviewing the second round of applicants to the Good Green grant program and continues to seek out and encourage applicants that meet one of the brand’s three pillars (education, employment and expungement) to apply for funding. Applications and additional information are available at www.good.green.

On February 22, 2022, Green Thumb launched its Licensed Education Assistance Program (LEAP) in Connecticut, in partnership with the NAACP Greater New Haven and Vicente Sederberg LLP. LEAP is intended to help social equity applicants understand the adult-use cannabis application and licensing process through guidance from the Green Thumb team and our partners. The Connecticut program will include webinars and workshops or virtual office hours for applicants. Additional information is available at www.gtigrows.com/LEAP.

EBITDA: Earnings before interest, taxes, depreciation and amortization and is a measurement of financial performance without having to factor in financing decisions, accounting decisions or tax environments.

Green Thumb will host a conference call on Tuesday, March 1, 2022 at 8:00 am ET to discuss its fourth-quarter and full-year 2021 financial results for the year ended December 31, 2021. The conference call may be accessed by dialing 844-883-3895 (Toll-Free) or 412-317-5797 (International) with conference ID: 10163013. A live audio webcast of the call will also be available on the Investor Relations section of Green Thumb’s website at https://investors.gtigrows.com and will be archived for replay.