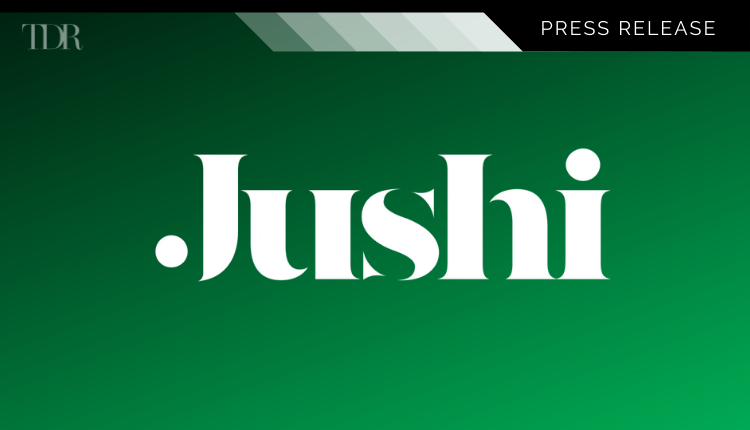 The Company previously announced that its auditor is not able to complete their audit procedures in advance of the April 30, 2021 deadline. The Company anticipates filing its 2020 audited financial statements on or before May 24, 2021.

As a result of today’s announcements, Jushi has elected to reschedule its previously announced conference call to discuss its financial results for the fourth quarter and full year ended December 31, 2020. The Company expects to reschedule the call before the end of May 2021.

All financial information is provided in U.S. dollars unless otherwise indicated.

While we’re disappointed by the unexpected delay that our auditors have experienced in finalizing their work, we’re thrilled with the underlying strength of our business, the robust growth we have achieved in 2020, and the continued momentum we have seen into 2021.

2020 was a defining year for the Company. Our strategy to rapidly build scale in the best limited license markets on both the East and West coast combined with our focus on operational excellence has driven strong financial results on both a sequential quarterly and year-over-year basis.” Mr. Cacioppo continued, “I am incredibly proud of the work our team accomplished in 2020. Together, we solidified our leadership position in Pennsylvania, by acquiring a grower-processor permit holder and two medical marijuana dispensary permit holders, each with licenses to operate three dispensaries. We also entered into three new markets, Illinois, California and Virginia, opened and/or acquired a total of nine retail stores, and launched a best-in-class, online shopping experience at Beyond-Hello.com. Furthermore, we established a deep and talented management team and strengthened the Company’s balance sheet with opportunistic debt and equity capital raises that allow us to fund the Company’s expansion plans and pursue opportunistic acquisitions.”

Mr. Cacioppo concluded, “With our recently announced planned acquisitions in Massachusetts and in Ohio; the previously announced expansion and build-out of our facilities in Pennsylvania and Virginia; and the continued build-out of our high-quality retail footprint across California, Pennsylvania, and Virginia, Jushi remains positioned to see continued strong growth through 2021 and beyond.”

Subsequent to year-end, the Company raised approximately $91 million in the aggregate from two separately marketed overnight equity offerings. As of March 31, 2021, the Company had approximately $168 million in cash, cash equivalents and short-term investments, is fully funded for the build-out of the current portfolio, and has excess liquidity to pursue opportunistic acquisitions. Additionally, subsequent to year-end, the Company redeemed $8.1 million in principal of its 10% Senior Secured Notes due January 2023 and prepaid $1.5 million of its Sellers Notes, resulting in an outstanding debt balance of approximately $82 million.

The Company’s MD&A and consolidated financial statements for the fourth quarter and financial year ended December 31, 2020, are expected to be filed on or before May 24, 2021 on SEDAR at www.SEDAR.com and can be found along with all previous public filings of the Company.