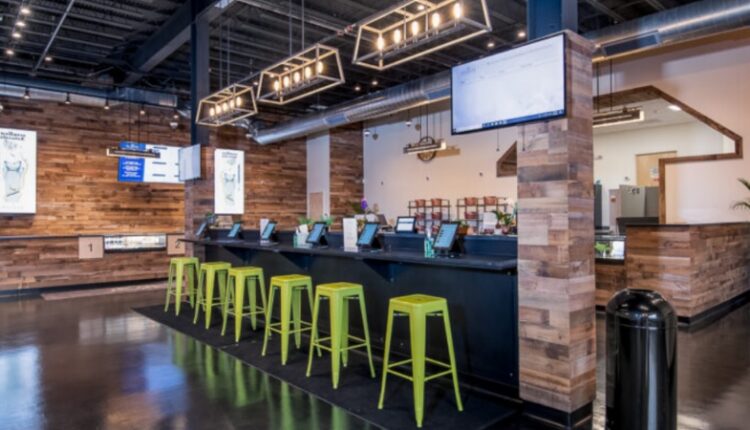 In a world where many U.S. cannabis multi-state operators (MSOs) laud the their ability to generate positive Adjusted EBITDA, MariMed, Inc. (OTCMKTS: MRMD, CSE: MRMD) goes a couple of steps further. As their most recent financials show, MariMed is generating substantial free cash flow, allowing them to expand both their asset base and cash reserves while growing the core business at a measured clip.

The financials of reference are MariMed’s fiscal first quarter ended March 31, 2022. Despite incredibly difficult market conditions—exacerbated by widescale price compression predicted by Cantor Fitzgerald analyst Pablo Zuanic in Q3, 2021—the company delivered growth. According to the report, MariMed managed to increase sequential revenue by +0.77% while elevating gross margin by 437 basis points (54.26% in Q1 2022 from 49.89% in Q4 2021), despite most competitor MSOS experiencing margin contraction.

But perhaps the most indicative tell of MariMed’s operational success comes courtesy of its ability to maintain positive free cash flow in tough retail conditions.

While there are different ways to measure OCF to get to slightly different conclusions, we sourced the “Net cash provided by operating activities” from the cash flow statement (10-Q), which showed a $8,490,000 gain in fiscal Q1 2022. We then subtracted that total from CAPEX, defined as a net Increase in PP&E (Property, Plant, Equipment) + Depreciation expense, which gave us a total of $4,034,000.

After running the numbers, we estimate MariMed produced net free cash flow of approximately $4.46 million in Q1 2022, which was instrumental in allowing cash and cash equivalents to rise by $3.78 million sequentially over the previous quarter. This calculation matched the FCF calculations provided by Echelon Capital Markets, which estimated Adj. FCF of $4.4 million (green highlight) in Q1 2022.

Furthermore, free cash flow yield registered by MariMed last reporting quarter were better than most Tier-1 MSOS that grab the majority of the headlines. At least last reporting quarter, MariMed’s produced by far the best FCF% of any of the majors, which matters because companies that generate more cash flow than they spend are less reliant on the capital markets for external financing. In these market conditions, that goes a long way.

If net income is your thing, MariMed is predictably on the black side of the ledger as well. They join Green Thumb Industries as the only Tier-1 MSOS that was net income positive last quarter from our sample list.

Net income is generally defined as gross profit minus all other expenses and costs as well as any other income and revenue sources that are not included in gross income. These would include things such as interest on debt, taxes, and operating expenses or overhead costs. It is a useful number for investors to assess how much revenue exceeds the expenses of an organization.

From a cash flow generating perspective, MariMed is pound-for-pound one of the more impressive publicly traded multi-state operators on the exchanges. This past quarter, its retail operating model was put to the test and delivered another profitable quarter, while increasing gross margin percentage where competitors lagged. Trading at a valuation discount to many of its peers on an EBITDA basis, MariMed can be considered a good value play for investors looking for consistent results driven by operational and fiscal discipline.