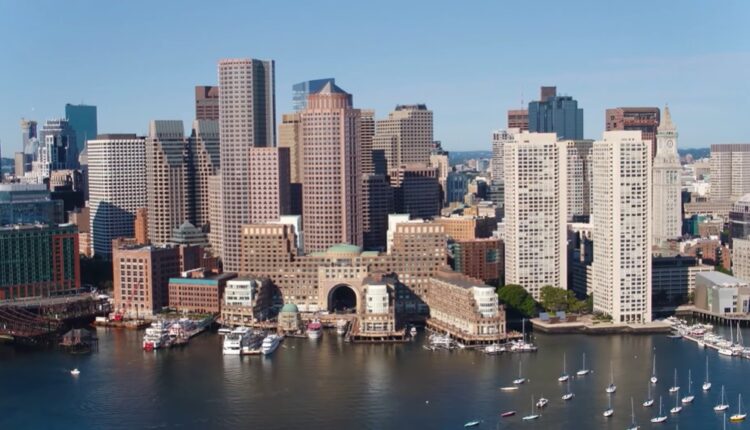 MariMed Inc.: Existing Assets Have The Ability To Generate Over $350 million In Revenue Over Time

On August 8, MariMed, Inc. (CNSX: MRMD) (OTCMKTS: MRMD) delivered second quarter 2022 financial results near the beginning of U.S. cannabis earnings season. While industry results have generally been lackluster across the board, MariMed’s post-earnings conference call did reveal that future revenue prospects have plenty of upside potential for material expansion, simply by utilizing its existing footprint.

The revelation came courtesy of MariMed Co-Founder and Chief Administration Officer, Jon Levine. Speaking on the topline growth potential of the company, investors received a glimpse of just how much latent revenue generating capability MariMed’s footprint can produce once existing assets are ramped operationally, and in addition to the build out of their asset base to the maximum allowable by law. Jon Levine:

Assuming that Mr. Levine is making his (annual) $350 million forecast comparable to current market realities (i.e. ex-inflation), this would represent a 188% increase in revenue over the $121.46 million generated in all of 2021 ($128.52 million trailing four quarter revenue) and it can be done by investing existing operating cash flow.. His comments imply that MariMed currently has a low capacity utilization rate.

Capacity utilization refers to the manufacturing and production capabilities that are being utilized by a nation or enterprise at any given time. It is the relationship between the output produced with the given resources and the potential output that can be produced if capacity was fully used. The statistic is commonly referenced in relation to the U.S. economy, which has been tracked by the Federal Reserve since 1967.

However, capacity utilization metrics can be adapted by individual companies—although the finished statistics are usually up to investors and analysts to piece together. Low capacity utilization is not unusual for early-stage startup sectors with high CAPEX spend—especially in highly-controlled industries where asset onboarding has to go through many regulatory hurdles before actualization.

With approximately $128.52 million in booked revenues over the past four quarters against Mr. Levine’s estimate of $350 million in revenue generating potential using existing footprint, a large chasm exists between how efficient MariMed is operating now versus latent operating potential. While MariMed’s reset of 2022 revenue guidance of between $135-$140 million versus the previous range of $145-$150 million was disappointing, we expect additional assets to become accretive to the income statement over the next year. In essence, MariMed is not yet booking revenue with a full roster of assets.

Kind Therapeutics USA, LLC acquisition: On April 27, 2022, Marimed announced the closing of its acquisition of Kind Therapeutics, which propelled the company into Maryland for vertically-licensed cannabis operations. Along with cultivation and production facilities and wholesale distribution, Kind carries a provisional license for a medical dispensary. However, that dispensary has yet to open and generate revenue for the company. Once it does, the revenue will become immediately accretive to MariMed’s income statement. On the conference call, Mr. Levine described Maryland as “soon” going vertical.

MariMed is permitted to operate up to four dispensaries in total in Maryland under current state regulations.

MariMed awaits second retail location in Massachusetts: On March 8, 2022, the company announced a definitive agreement to acquire a provisional dispensary license from Green House Naturals, LLC. The dispensary will be in Beverly, a suburban City of 42,000-residents located on the north shore of the Boston metropolitan area, and branded Panacea Wellness.

According to Chief Operating Officer Timothy Shaw on the post-earnings conference call, “the dispensary in Beverly coming online… we’re just awaiting regulatory approval. Once that happens, we’ll also have another outlet where we’ll have full seed-to-sale vertical for our products.” We expect approval to transpire in calendar 2022.

MariMed is permitted to operate up to three adult-use dispensaries in total in Massachusetts under current state regulations.

MariMed is currently developing the new medical dispensary in Tiffen and plans to open in early 2023. Under the Ohio regulations, MariMed must complete the buildout and pass final inspection by next February.

MariMed is permitted to operate up to five dispensaries in total in Ohio under current state regulations.

5th Thrive adult-use dispensary in Illinois expected: On August 8, 2022, MariMed announced a definitive agreement to acquire the ownership interests in a conditional adult-use cannabis dispensary license in Illinois. Upon closing of the acquisition, MariMed will commence operations of its fifth Thrive adult-use dispensary in Illinois, which is expected in 2023. Additionally, the company is constructing a modern craft cultivation and processing facility in Mt. Vernon, Illinois, making MariMed a full vertical operator in the state when completed.

MariMed is permitted to operate up to ten dispensaries in total in Illinois under current state regulations.

Betty’s Eddies expands into Maine: On June 29, 2022, MariMed announced a licensing agreement with East Coast Cannabis Company, a vertical cannabis producer and distributor in the Maine cannabis market. The licensing agreement provides for the adult-use distribution of MariMed’s top-selling brand, Betty’s Eddies full-spectrum fruit chews and the other successful SKUs in the line-up. With the agreement coming right at the end of the second quarter, few, if any, revenues were booked on the income statement.

So as we can see, MariMed has a multitude of revenue-generating assets under control which were not accretive to the income statement this past reporting quarter. But over the next 3-4 quarters or so, expect these assets to make a strong contribution to the topline. Along with a forecasted increase in organic growth from current assets and margin expansion, MariMed believes it is in good position to generate substantial topline revenue growth without having to take on debt to purchase additional assets.