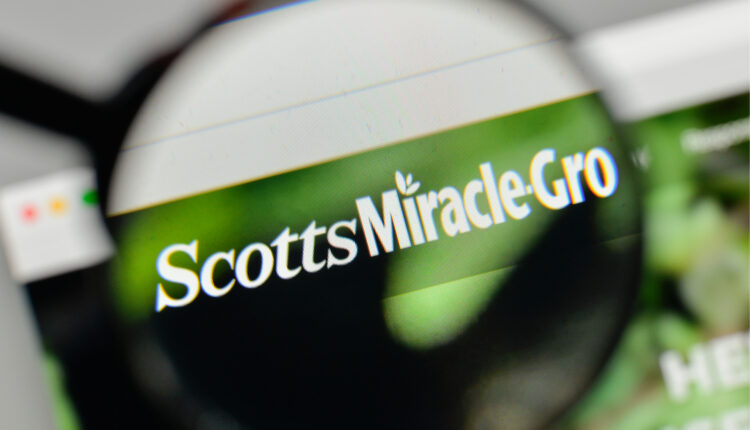 Earlier this week ScottsMiracle-Gro (NYSE: SMG) announced the formation of a new investment subsidiary called The Hawthorne Collective, which will provide the Ohio-based multinational lawn, garden, and pest control titan with an opportunity to legally invest in plant-touching and emerging areas of the cannabis industry. Currently, they can’t directly touch the plant-touching side due to the corporation’s affiliation with the NYSE and banking relationships, among other snags.

The new investment vehicle has hit the ground running, beginning with a strategic investment in RIV Capital (TSX: RIV) (OTC: CNPOF) in the form of a $150mm six-year convertible note. It accrues interest at 2.03% annually for the first two years and includes additional follow-on investment rights. Upon conversion, The Collective, and therefore ScottsMiracle-Gro, would own approximately 42 percent of RIV Capital.

“[The note] had an effective interest rate of 0.7% per year, which is lower than mortgages you can get, let alone the 15-16% you’re seeing in the cannabis space today,” says RIV Capital CEO Narbe Alexandrian, who detailed specific aspects of the deal.

Narbe notes that the conversion was at $1.90, “which was at a 7% premium to our 5-day VWAP. So, this is a slam-dunk deal for our shareholders and it’s a great deal for ScottsMiracle-Gro because now we have $400mm of Canadian cash to go after the US market and a public currency to use, as well. It’s a win-win for everyone.”

“I think it’s yet another sign of the pending appetite to access U.S. plant-touching cannabis,” says Todd Harrison, founder, partner and CIO of CB1 Capital, which holds a position in RIV.

“We’ve seen creative solutions before and we know that the big multinationals, the big CPG players are circling, as well as institutional investors, for that matter. There’s a bit of the cat-and-mouse with federal illegality, and Scotts is just another example of a very smart company looking to get an incremental first-mover advantage, or, really, the first second-mover advantage into plant-touching U.S. cannabis,” says Harrison. “It’s certainly a very good sign, in reality more symbolic than tangible,” he says of the $150mm investment.

This vehicle is unique, especially in the United States, says Alexandrian, who adds that there isn’t “any like it on the market today.” It also provides alternatives to a saturated Canadian market.

“A lot of the other [vehicles] on the market are in Canada, which is a mature market with companies that have billions of dollars on the balance sheet and we have no idea what to do with them because the industry is pretty played out,” he says. Alexandrian explains that, in the Canadian market, there is too much supply with increasing demand, but not enough to make it worth the cost incurred to keep supply going.