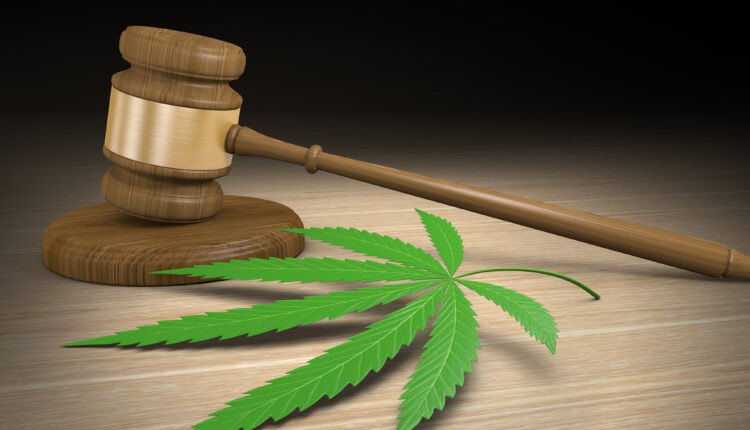 Now that New Jersey is preparing to launch its adult-use market for marijuana, several other states are likely to follow suit with marijuana legalization legislation of their own.  All in all, more than half a dozen such states are open to legalizing recreational and/or medical marijuana through their respective legislatures.  The majority of the legalization activity will likely occur along the East Coast of the country.

The Cannabis Legalization Dominoes Are Falling

If cannabis is legalized in six or more states in the year ahead, it will generate hundreds of millions of dollars for cannabis businesses, ultimately benefitting cannabis investors all the more.  According to the Marijuana Policy Project state policies director, Karen O’Keefe, there is a good chance South Carolina will soon pass a medical cannabis measure into law.  O’Keefe also stated that Rhode Island is likely to pass a recreational cannabis bill into law.  The policy project is based in Washington DC, meaning it keeps its metaphorical finger on the pulse of legalization news and progress so O’Keefe’s words should be taken seriously.

Industry experts also anticipate the medical marijuana bill proposed in Kansas and the recreational marijuana legalization bill proposed in Delaware also stand a good chance of passing into law.  There is also a chance the North Carolina medical marijuana bill will also pass.  Though Pennsylvania, New Hampshire and Minnesota are also considering legalizing recreational cannabis, the odds aren’t as good for the plant’s legalization in those states.

Delaware Is Worth Watching

Delaware’s recreational cannabis measure failed to pass into law, coming merely two votes shy in the state House of Representatives.  The proposed measure would require the support of a supermajority to pass into law due to the tax provisions included in the bill.  However, there is still a chance a measure in Delaware will pass later in 2022.

At the moment, two distinct bills are up for review by Delaware lawmakers.  Ed Osienski, a House Democrat, has resuscitated efforts to legalize cannabis with the filing of the bills.  One of the bills would legalize the possession of marijuana.  The other bill would create a regulated market for the plant.  Though the initial bill stands a decent chance of becoming law, there is a question as to whether Delaware’s government prefers to collect tax dollars by way of a regulated market.

The State Of Cannabis Legalization In Maryland, Ohio And Beyond

Lawmakers in Maryland are also in the news for referring recreational cannabis to voters this past November by way of a ballot initiative.  However, winning the approval of voters would merely be the initial step in creating such a program.  The next step would require Maryland lawmakers to sort out all the subtleties of the program ranging from taxes to licensing and so on.

Mississippi lawmakers voted to legalize medical cannabis earlier this year after the state’s Supreme Court voided a referendum that had been approved by voters.  The program, that will be comparably restrictive, is likely to launch toward the year’s end.

Ohio lawmakers have until the final weeks of spring to determine if they will put a referendum for recreational cannabis on the November ballot as initiated by citizens.  However, industry experts anticipate no progress will be made, spurring the need for the Ohio Coalition to Regulate Marijuana Like Alcohol, to gather in excess of 132,000 signatures from state residents to put the measure on the ballot for the upcoming fall session.