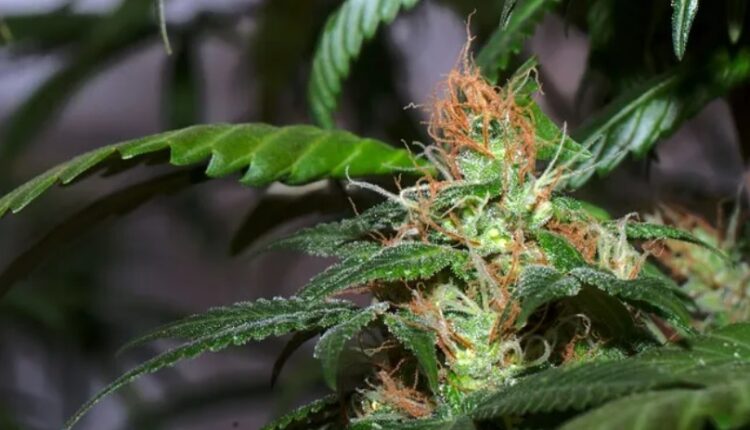 The AdvisorShares Pure U.S. Cannabis ETF (NYSE: MSOS) has had a slow start in 2022, but it isn’t due to the lack of buying from Dan Ahrens. The AdvisorShares MSOS Portfolio Manager has been consistently putting money to work, presumably quite happy to be accumulating shares and derivatives at what many perceive to be depressed equity values. But with price action stalling out despite substantial ETF buying, is MSOS early-year slump harbinger of things to come? We explore this question further.

Despite 2021 performance in MSOS that trailed the S&P 500 by approximately 5350 basis points, the brass at AdvisorShares appear undeterred. So far in 2022, approximately $65.35 million dollars of underlying MSOS component shares and swap derivatives have been purchased, in a strong show of support for U.S. cannabis’ underlying fundamentals. This figure includes roughly $14.1 million in ETF net inflows to start the year—presumably from like-minded investor(s) that also believe in the sector’s growth trajectory.

As a reminder, an stock-based exchange traded fund (ETF) comprise a basket of stocks to track a single industry or sector—but can be purchased or sold on an exchange just like a regular stock. As a cannabis-focused ETF, MSOS holds a basket of industry securities through individual purchases of its underlying component stocks or swaps—such as Growgeneration Corp. (stock) or Trulieve Cannabis (swap).

Currently, AdvisorShares MSOS relies heavily on swap derivatives for exposure in its top holdings since it’s unable to invest in many U.S. cannabis companies directly due to federal and custodial bank restrictions. Until legislation to federally legalize cannabis becomes enacted, the use of swaps will likely continue. A total return swap is a commonly used derivative contract between two parties who exchange cash for the return from a financial asset. AdvisorShares MSOS is essentially trading cash for performance of certain public U.S. cannabis companies, where returns will roughly mirror underlying equity performance.

For price point-focused investors looking at purchasing cannabis’ benchmark ETF, the current price action is somewhat troubling. Despite approximately $65.35 million in deployed cash—or about 76% of available cash balance—MSOS has still declined ↓6.09% in the first two weeks of 2022 versus ↓3.88% fall in the S&P 500 (as of January 18). The 221 basis points difference mirrors a similar dynamic seen in 2021, where AdvisorShares MSOS cratered ↓29.89% despite an historic bull market in broad indexes fueled by easy monetary policy. In absolute terms, this is not the start cannabis investors were looking for.

While is it certainly probable AdvisorShares MSOS can accrue additional inflows in the days and weeks ahead, the subpar price action could just as well keep investors on the sidelines, for now. Without additional inflows, Mr. Ahrens’ asset purchases will slow, removing a supportive peg in the marketplace.

Viewed from a technical perspective, the market doesn’t appear particularly bullish either. The current price of AdvisorShares MSOS ($24.02/share as of January 18) shows the ETF trading below every major moving average in TradingView’s daily and weekly technical tracker. The 7-period Exponential Moving Average (7EMA) on the weekly chart—an indicator the author uses regularly to delineate strength (or lack thereof) in conjunction with volume—has remained stuck below the 7EMA since early November. A quick view of the weekly chart shows MSOS more or less been tethered to a down-trending 7EMA since March—a dynamic that must overcome in order to swing momentum.

Adding to turnaround uncertainty is continued bullish bets in the options market, which is not indicating bearish sentiment normally seen at inflection bottoms. The Put/Call open interest ratio on the main February/March/June/September and January 2023 month contracts are all 0.20 or below currently, which exudes bullish sentiment.

Traditionally, an average put-call ratio of 0.7 is generally considered the demarcation marker for bearish sentiment in equities. Often bearish sentiment is a precursor to major trend change because presumably, most potential sellers have already sold their positions. Can we say the same for the majority of U.S. cannabis investors?

AdvisorShares MSOS a Bullish Positional Play For The Patient

Of course, the flipside is that AdvisorShares MSOS is not really a technical trade at all. Despite the lagging performance (again) and sloppy technical picture, the ETF is really a play on compressed valuations that will assuredly unlock once federal cannabis legislation gets enacted. While it’s unclear whether something akin to SAFE Banking, Chuck Schumer’s preferred Cannabis Administration & Opportunity Act (CAOA), or more basic legislation comes to pass, the market is of unanimous belief that meaningful federal regulation will move the needle.

As we can see below, there’s a lot of “unlocking” to do once that catalyzing event(s) take place.

Relative to all industries, cannabis stocks were among the cheapest asset classes based on 2022 projected results. And now they’ve become even cheaper relative to expected 2023 results, which will increasingly become the comparables the market focuses on. As it stands, the average enterprise value (EV) to sales multiple is only 2.3 for 2022 compared to the forward-looking multiple of 4.1x a year ago. Popular metric EV/EBITDA is currently sitting around 8.0, down from 16.4x a year ago. Again, when looking at 2023 numbers from a forward-looking perspective, the multiples become even cheaper.

There’s also the issue of margin compression and slowing sales, which undoubtedly affected cannabis stocks in the second half of last year. After a disappointing 2021 on the legislative front, larger players will use 2022 to bolster their presence in existing cannabis markets and adjacent industries, according to CNBC cannabis analyst Tim Seymour. He expects a targeted approach to brand building should help “insulate” publicly traded cannabis companies against margin pressures.

We could also see inflation (PPI) come down dramatically, which will positively affect the top and bottom lines of U.S. cannabis companies. Although the comedown thesis on inflation is far from bankable at present.

As we see it, AdvisorShares MSOS remains trapped in two distinct dynamics. In terms of absolute performance (both long term and recent), technical picture and still-bubbly sentiment, the benchmark ETF still does not look like “buy”. Add the fact that Dan Ahrens has thrown the kitchen sink at purchasing the underlying equities/derivatives of MSOS with limited effect, recent price action is not particularly encouraging.

However, from a fundamental perspective, AdvisorShares MSOS sits in a favorable position. Valuations are depressed despite strong YoY growth; recent factors such as margin/retail price compression could be transient headwinds; and some federal regulatory gambit should make a strong run in 2022. If one were to purchase MSOS in a stock account today and not look at it for 3 years (perhaps even before the November midterms), returns are likely to impress.

So regardless of whether Mr. Ahrens obtains additional ammunition to (partially) prop up the sector, the future in MSOS looks bright. The biggest key for investors is determining individual timelines on position holds and odds that federal legislation can take root this year. Investing based on past price action means nothing if catalyzing regulatory action takes place. However, fundamentals can remain depressed for years while the right investing environment takes shape. Movement on the federal regulatory front in 2022 is still murky at best.

As always, opportunity is in the eye of the beholder. But we’re on the sidelines on aggressive purchases until we get more information on regulatory catalysts needed to shift momentum. We’ll gladly give up a few percentage points of return to avoid catching a dead-money trade. At least until we hear more from the power brokers on Capitol Hill.