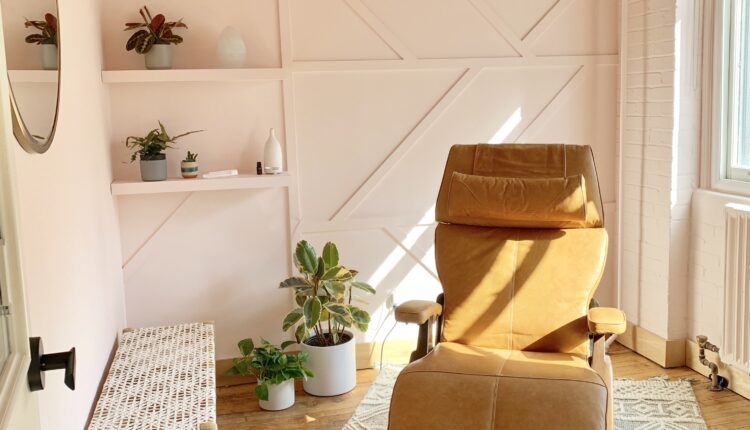 In the right dose, ketamine acts, as psychiatrist Stanislav Grof put it, as “a nonspecific amplifier of the unconscious process.” As an anesthetic and analgesic, its effect is dependent on how you’re using it. At low doses, ketamine produces a hypnotic state—much like a dream—that brings deep-rooted emotions to the surface. At higher doses, ketamine can be dissociative and produce meaningful experiences.

Dosage matters, whether it’s injected in the vein or in the muscle, taken by mouth, or taken intranasally. As Harvard-trained psychiatrist Will Siu told Goop, there are serious problems with people becoming addicted to intranasal ketamine and abusing it for nontherapeutic purposes. Some refer to it as the heroin of psychedelics. But at the right dose, it can have a pretty significant clinical impact, jump-starting a lot of emotional material that would otherwise take months to work through.

PsyTech recently gathered leading clinicians, psychiatrists, psychotherapists, and anesthesiologists in the ketamine therapy industry for a debate on its future. The panel primarily discussed the merits of the different available therapeutic approaches to ketamine-assisted treatment—from who it’s right for to the myriad ways to administer this potentially groundbreaking therapy.

Here are some key takeaway moments from the discussion:

“I think we have to think of Ketamine as having psychedelic properties rather than being a psychedelic,” says Phil Wolfson, M.D., CEO of Non-Profit Ketamine Research Foundation.

“This is what makes ketamine such a fascinating and versatile tool,” said Casey E. Paleos, M.D., Science Director of Mindbloom.

“It has a number of different effects long the spectrum of low dose up to higher dose; trance and transformation. With low-dose, you’re getting people in a trance-state, loosening ego defenses, and allowing unconscious material that might be otherwise inaccessible to come to conscious awareness. At higher doses, you’ll get much more of a transformative, psychedelic experience.

My philosophy, in general, is to try to meet patients where they’re at. Some patients aren’t psychologically-minded and don’t want to do a lot of talk therapy, and initially, I asked if it would help them, but in spite of themselves and because of the unique neurophysiological effects that ketamine induces, they get better whether or not they want to engage in psychotherapy. I believe that ketamine combined with psychotherapy enhances outcomes because of its effect on brain function as long as they are not going back into a situation that’s re-traumatizing them.”

Phil Wolfson: Ketamine depends on two things, the speed at which you get it in and how much you get in. It’s all about absorption. Whether you do IV or you do IM, these are issues of convenience, location, and comfort. I’ve always argued that the medicalization of ketamine is not necessary and uncomfortable. I don’t think the root of administration is crucial to anything.

Julane Andries (LMFT Senior Psychotherapist at the Center for Transformational Psychotherapy): What is the purpose of the dissociative state, and do you have to go into that state to have benefit? Our clients are much more knowledgeable than they were a few years ago. I just had a woman yesterday ask me the same question. It’s a beautiful and amazing medicine because it works on its own but it works much better with psychotherapy. People do get better in a deeper and more prolonged way.

The practitioners are really important, and for them to understand the different states, from the low-dose soft to the dissociative state. I do find there’s value in that state. Sometimes, we wait awhile because clients are anxious or afraid to let go into that place. It’s the letting go. So many people with their depression and anxiety have a fear of letting go of control, they are afraid of that dark space but once they encounter it, not only does it erase the fear of ego-dissolution space, but it gives them the practice of fear in ordinary life. They can understand what is underneath anxiety and depression. It does help so many people go further and realizing there is more to mind than what we do every day.

Steven L. Mandel (M.D., Founder and President of the Ketamine Clinics of Los Angeles): Life goes better with psychotherapy, with or without ketamine. There is no empirical evidence that it makes a difference in the outcome of ketamine treatment. It doesn’t mean it doesn’t make a difference but it has not been demonstrated.

“We could publish a paper on that,” Phil Wolfson replies. “There is empirical evidence.”

“It’s not true that the root of administration doesn’t matter or is arbitrary or a matter of convenience. What you do ends up influencing what you get,” says Steven Mandel. “When you give ketamine, in the nose, the mouth, or the muscle, there is an abrupt rise time like a rocket taking off and then rapid decay. The only way to stay at altitude is with an ongoing administration, and that can be IV. That’s the way you can really fine-tune the blood level and the brain level over time. In 2017, I advocated for longer infusions and escalated dosages during the infusion. What’s the sweet spot? A moderate degree of disassociation.”

“What’s more important, your hands or your feet? Come on!” says Steven Mandel. “Set and setting is crucial, so is the rod of administration.”

“Of course set and setting matter, I have to tip my hat off to Michael Pollan,” says Julane Andries. “They have to have a safe and comfortable environment, a cocoon if you will. And your mindset, what you’re bringing to the session and your own processing, and what you want from that session.”

Is ketamine needed for the efficacy of psychotherapy?

Dr. Abid Nazeer (board-certified in Psychiatry as well as Addiction Medicine): Everybody has a different need, the route of administration can matter. Some people cannot get on that rocket ship and some people need to be in a middle dissociated state, while others will drop out because dissociation makes them too anxious. Of course, psychotherapy will always help but is it psychotherapy during the session with administrating ketamine? Some people want to go inward. They want to self-process and go on their won journey. Some people stay calm and relaxed but find it difficult to process anything and just want to get through it. I push to make sure psychotherapy is happening in between treatments or hours later, in the evening, or the next day. During the treatment itself, for some it’s crucial and for others it’s impossible.

Julane Andries: Many thousands of sessions in our office and I could count on one hand people who wanted no psychotherapy. We talk before we start medicine, sometimes for an hour. That’s psychotherapy. We don’t talk a lot during because we want them to travel and fo into their own space. We integrate after. Most people want it.

Steven Mandel: Ketamine is a treatment, not a cure. It isn’t a good standalone. If you’re going to treat people who are depressed, suicidal, PTSD, you need to look at their sleep, nutrition, exercise, if they have interpersonal relationships, and psychotherapy. They are all enhancing, mutually-reinforcing, and cement the enormous changes and choices that people are having to make if people want to sustain the transformation that we’re able to provide.

Steven Mandel: Be careful what you wish for because we have more ketamine providers than we do people who are caring, passionate, with high-integrity. The pitfall is people who are not putting their patients first, who are attached to the model (of administering ketamine) or the money.
Casey E. Paleos: Because these treatments aren’t covered by insurance and it’s still expensive and inaccessible, there are many people in certain parts of the country who are getting it on the black market, engaging in addictive behaviors, and dying from it. The idea of using the medicinal properties of a drug with psychedelic properties and justifying in one’s own mind that they are helping themselves by using ketamine every day. It’s not a panacea and it’s not benign if used in the wrong way.

Julane Andries: Training is important and also being somewhat humble. We get people in our practice who don’t have the experience handling people who are acute. To be able to say, no, you’re not a good fit for us, is important to be able to say to a client.

Steven Mandel: Something that’s hard for some of us is to maintain our own humility and know where we end. Everybody needs to be screened. Everyone needs to know that just because you know are able to provide this medicine, doesn’t mean you have the skills to administer it. Very few people know the medical and psychological side. You need to collaborate with someone. That’s so transparently obvious, I don’t understand how this field is divided that way. It’s impossible to do both well for most folks.

Phil Wolfson: The problem with the commercialization is the expansion in vast ways without trained personnel. It’s not just psychiatric, it’s how to deal with a human being with all their complexities. They come with families, cultures, long histories with violence and trauma. We are opening the door to developing a full-spectrum approach to human beings. We’re expanding with people with very little experience on how to treat human beings. They have various forms of suffering. Ketamine doesn’t work for everyone. We have treatment failures. We need to come together as a community of people treating human beings at the depths of who they are. We are all involved in learning more about how to do this work with people, and the specific embrace of the medicines and methodologies appropriate to them.