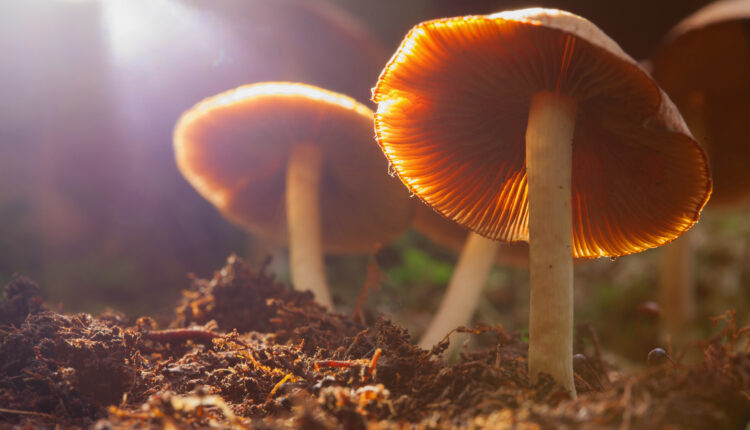 Mydecine intends to do that by focusing heavily on drug development, as well as developing novel delivery systems. Michaels said the company will soon be conducting clinical trials “for the many safe and effective active and medicinal compounds found within fungi or mushrooms,” while CEO Jason Bartch announced recently that Mydecine is cultivating psilocybin mushrooms to be used in a phase two clinical trial for post-traumatic stress disorder.

Additionally, Michaels said the company is the first to establish a certified CGMP global supply chain for psychedelic medicinal mushrooms, and announced last week that it had completed the first-ever international export of psilocybin mushrooms out of Jamaica.

“We’ve also launched our own digital telehealth app, which is of course dedicated to psychedelic therapy,” Michaels added.

Mydecine currently has a fully diluted market cap of close to $100 million, which happens to be less than other firms with plans for phase two clinical trials.

“Across the market, people keep saying that we’re the most undervalued stock there is in the psychedelic sector,” he said. “I feel like the value that we are currently building on is going to shine through once people really understand what’s going on behind the scenes.”

As far as differentiators go, Michaels emphasized that Mydecine is working to build a company that is strong, reliable, and trustworthy; one focused on “developing things that matter to others versus just targeting short-term monetary gains.”

“We really care about the food, fiber, and medicinal balance that fungi brings to life here on earth, and now it’s a responsibility [to] push for the science-backed education, the medicine and health-conscious products, the markets that really help sustain life,” he said.

Mydecine currently has an exclusive partnership with Applied Pharmaceutical Innovations (hosted out of the University of Alberta) through which it will be conducting research.

Michaels said the partnership is just one of several that have helped to prove out the company’s approach in the psychedelic space.

“When Mydecine was formed and founded, we finally had the vehicle that we needed to plug a lot of our resources in incredible people and networks and different companies, to finally plug them in and to work with them,” he said.

Mydecine’s telehealth app, Mindleap, has been in development for some time and Michaels says it has improved substantially since the company took on the project. He noted that since the company was founded at the start of the Coronavirus pandemic, the team at Mydecine has learned quickly to adapt and overcome.

“As the world moves into the new age of telemedicine, we knew that it was going to be perfect for the ecosystem we’re building here at Mydecine,” Michaels said. The app will provide a way for patients to receive remote therapy following a psychedelic experience. He noted that the app will be used in its clinical trials.

Michaels said Jetly’s scientific advisory board is the “dream team” of doctors, professors, and researchers, and the company is looking forward to putting all the pieces together in trials.

“To be able to pair that with the best minds that are going after these types of treatments, I think that we’re really going to be uncovering how to make alternative medicine traditional medicine through these practices.”