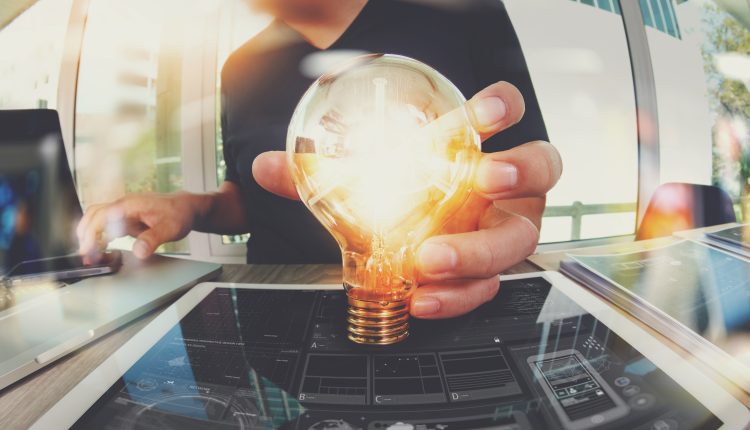 Where to Invest in a Recession

In 1982, John Warnock and Charles Geschke left their full-time jobs at Xerox to start their own technology venture – in the heat of the energy crisis recessions. Stories like these may feel more familiar in 2020, but these were two men in their 40s who were about to step away from financial stability in pursuit of creating a publishing software that was better and more accessible than anything on the market. So that’s what they did, they left their full-time jobs in the middle of a recession and started Adobe in their garage. Adobe would come to be one of the first companies in Silicon Valley to become profitable in their first year and almost 40 years later of constantly changing the game in their industry, they are still thriving with a net worth of $154.49 billion.

Adobe wasn’t building a recession-based business but instead, the recession required them to establish a foundationally strong business with real customer appeal. It was the recession landscape they built on that produced a model and the principles that have proven successful through almost 4 decades of economic and consumer challenges.

Of course, Adobe is not the only company to be founded during a recession or economic crisis. In the spring of 2007, just a few weeks before the subprime crisis crippled financial institutions around the world in a line of events that would lead to the Great Recession, Credit Karma was founded. The website was launched in the thick of the financial crisis providing consumers an opportunity to access their credit scores for free – a valuable service for credit-challenged consumers. Fast forward a little over a decade later and Credit Karma was recently purchased for $7 billion cash and stock.

A number of global corporations were born in turbulent times – not necessarily because of their environment but in spite of it. FedEx was founded during the recession of the Nixon presidency and had to find its footing as a new overnight delivery company during the oil crisis of the 1970s. Starting a business that was entirely reliant on oil for everyday operations in the thick of the energy crisis required disruptive innovation. The new business methodology implemented by FedEx at their start has grown the company into one of the largest airlines in the world, created a net worth of $32.27 billion, and turned it into the most successful transportation company around the world.

Walt Disney founded his animations studio with his brother in the months before the Great Depression. While the country battled 25% unemployment, Disney was creating what would become Mickey Mouse and carved out animation space at the invention of technicolor film. The Great Depression didn’t just result in banks failing, the increase of homelessness, and the loss of over 60% of trade, the depression changed the social culture. Disney did not inspire this change directly, but he was creating a business and product that recognized the world had changed overnight and provided something it desperately needed – levity, entertainment, and positivity.

In November of 2008, in the thick of economic crisis and destruction that was the Great Recession, Groupon, an e-commerce platform that leveraged group buying power – started offering its first online sales. While Groupon had been in the works before the financial crisis hit Wall Street, it was truly born into a conducive environment for the service they were providing; it allowed retailers feeling the pressure of reduced sales to lock into a larger audience and it allowed consumers, who likely had less disposable income, to tap into buying power that reduced their costs.

This story repeats itself over and over – Uber founded in 2009 (current value of $48 billion), Slack in 2009 (current value of over $20 billion), and Cloudera in 2008 (current value of $2.38 billion). While there is so much excitement around significant deals that can be found on blue chips right now, we shouldn’t be overlooking the companies — small or large — which are steering into the cultural change and embracing the disruption. We aren’t certain what social behaviour will truly look like when this all starts to simmer down but it will be exciting to see which companies have taken the bold step into the unknown.

While most economies have hit a pause button, people and businesses are identifying needs and gaps that urgently need to be filled. Entrepreneurs are retooling their businesses to fill important health needs (like Personal Protective Equipment) or utilizing existing technology to develop innovative solutions to global health problems (DNA/antibody/Covid19 testing).

In a period of considerable social and cultural change, there will be completely new industries born. People working from home in such volume has put pressure on IT infrastructure and is forcing innovation in how we can effectively engage with our colleagues and customers. Solving these problems will also create downstream challenges creating new industries. If everyone is able to work efficiently from home, what comes of the commercial office space the workforce previously occupied? How will all that real estate be repurposed? And what companies will rise to the occasion to solve for this new challenge?

Opportunity isn’t merely purchasing a stock that is at an all-time low or even just supporting large companies where there could be continued rebirth or growth. The opportunity also exists in recognizing new industries, new companies, and new cultural acceptances and norms that will be born of this seismic global shift.

Imagine a world where conference services need to fundamentally change, where sports are played and delivered to fans in a different format, or where legal proceedings no longer require people to be in the same room. Where we no longer can tolerate large construction crews assembled together building infrastructure or where senior citizens no longer move to retirement homes. The Covid19 pandemic has not only forced us to find solutions to the current challenges of keeping businesses open but it will forever change our cultural tolerance and acceptance of new ways of life and new ways of operating. Disruptive and game-changing technology may not feel so disruptive when we poke our heads out our front doors at the end of isolation.

Opportunity isn’t just chasing shiny new objects that entertain and excite us in a world of business lockdown. Instead, it’s learning from some of the largest and most successful corporations that embracing disruption and uncertainty can lead to incredible business and cultural success.

Digital Wisdom: The Combination of AI and Data Analytics