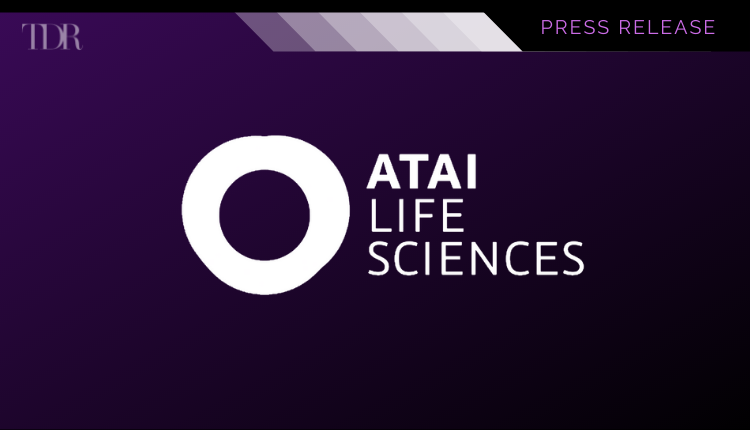 -Continued progress across 11 therapeutic programs, including initiation of Perception’s Phase 2a and DemeRx’s Phase 1/2 trials as well as interim Phase 2a RL-007 readout of first cohort

-Launch of atai Impact, a philanthropic program to harness the power of innovative mental health approaches for social change

-Company to host a webcast and conference call today at 08:30am EST

Following our IPO in June, we continue to see positive momentum. We have 11 therapeutic programs underway and each clinical development milestone marks progress towards achieving our vision to heal mental health disorders so that everyone, everywhere can live a more fulfilled life.

“In response to the heterogeneity of the mental health patient population, we are developing a pharmacologically diverse array of treatments. We intend to support these treatments with innovative digital therapeutics and robust insights from our multi-modal data approach. Our ultimate goal is to tailor our treatments to individual patient needs by using a diverse set of biomarkers. We anticipate further growth of our drug development pipeline and our enabling technologies through our ‘buy and build’ approach and will remain highly active in business development.

“We recently initiated two new clinical trials: a Phase 2a trial with PCN-101 (R-ketamine) for treatment-resistant depression and a Phase 1/2 trial with DMX-1002 (ibogaine) in opioid use disorder. In terms of clinical readouts, just last week we saw positive Phase 2b data from COMPASS Pathways, the first company we funded to rigorously research the potential of psychedelics. This clinical trial demonstrated the rapid onset of effect, large effect size, and durability of COMP360 (a proprietary synthetic formulation of psilocybin) in treatment-resistant depression. We expect another important clinical readout before the end of the year for RL-007 in cognitive impairment associated with schizophrenia.

“The narrow focus on mental health treatments means that every single trial result offers important insights not only for the program in question but for all our programs, allowing us to accelerate the development of novel treatments for patients in need.”

Program Details: COMP360 is a proprietary formulation of synthetic psilocybin, a 5-HT2A-R agonist being developed as an oral, potentially rapid-acting antidepressant.

Program Details: PCN-101 is a parenteral formulation of R-ketamine, a glutamatergic modulator being developed as a potentially rapid-acting antidepressant, with the potential for at-home treatment.

Program Details: RL-007, a cholinergic, glutamatergic and GABA-B receptor modulator, is an orally available compound that is being developed for the treatment of cognitive impairments associated with schizophrenia (CIAS). The currently active open-label, multi-dose, biomarker-focused Phase 2a trial of RL-007 in patients with CIAS is designed to evaluate the compound’s safety, tolerability and its impact on electroencephalogram-based biomarkers.

Program Details: GRX-917 is an oral formulation of a deuterated version of etifoxine, a mitochondrial translocator protein agonist, designed to provide potentially rapid anxiolytic activity with improved tolerability compared to current treatments for anxiety in the United States.

Program Details: DMX-1002 is an oral formulation of ibogaine, a cholinergic, glutamatergic and monoaminergic receptor modulator being developed for the treatment of opioid use disorder (OUD).

Cash and cash equivalents totaled $430.3 million as of September 30, 2021, compared to $97.2 million as of December 31, 2020. The nine month increase of $333.1 million is attributed to net proceeds of $231.6 million from atai’s IPO, net proceeds of $166.4 million from Series C and Series D and common stock issuances, $20.0 million of license revenue proceeds, and $10.1 million proceeds from the sale of investments and issuance and conversion of convertible notes. Offsetting were cash payments of $32.6 million for investments in platform companies and other assets, and $62.4 million in net operating expenses and effect of foreign exchange rate changes.

Research and development (R&D) expenses were $13.4 million and $35.0 million for the three and nine months ended September 30, 2021, respectively, as compared to $3.1 million and $8.1 million for the same prior year periods. The increase of $10.3 million and $26.9 million, respectively, were attributable to personnel costs, including stock-based compensation expense, and increased contract research organization expenses related to advancements in atai’s R&D programs.

atai recorded acquisition of in-process R&D expense of $9.0 million for the nine months ended September 30, 2021, relating to its investments in Neuronasal and InnarisBio.

Total stock-based compensation expense for the three and nine months ended September 30, 2021 was $12.2 million and $50.0 million, respectively, as compared to $2.1 and $2.2 for the comparable prior year periods, reflecting the recognition of expense related to the achievement of IPO performance-based partial vesting conditions.