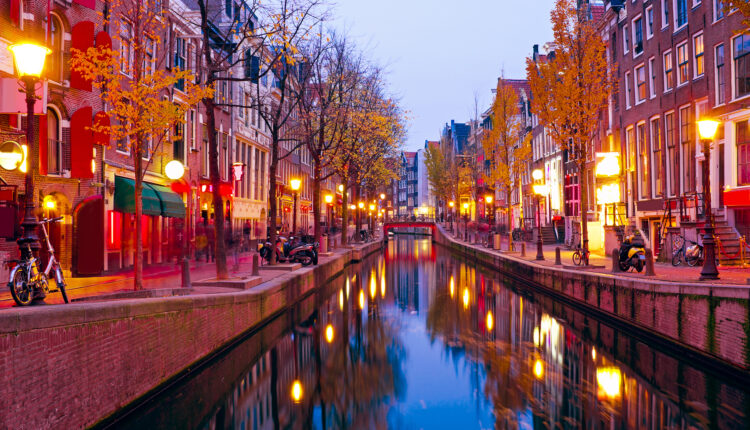 If you’re in tech, finance, or cannabis, ‘microdosing’ is a word that might already be a part of your vocabulary. As the trend of taking tiny, subperceptual amounts of mind-altering psychedelic substances becomes increasingly popular, startups are working hard to find ways to bring their products to market.

But with laws against them in the majority of the world, so far there is just one region with a growing market: the Netherlands, where since September 2019, the sale of magic truffles has been taxed and legalized.

Truffles can be acquired at “smart shops” throughout the Netherlands, as well as online. While several different online retailers exist and offer truffles in blister packs containing predetermined microdoses, not all provide users with the same experience.

Natasha de Jong is the co-founder and CEO of Earth Resonance, an Amsterdam-based company that began operating in March 2020 and sells microdosing kits online (at this stage, to residents of the Netherlands only). She is intent on providing consumers of Earth Resonance’s psilocybin-containing sclerotia, or magic truffles, with more than just something that can spur productivity or creativity.

“We want to offer natural, plant-based medicine to help people break their old habits, break their old routines with addiction, and become a better version of themselves,” de Jong told The Dales Report by Zoom conference late last week.

Having spent several years working in health and wellness, and in particular with herbs, botanicals, and adaptogens, she is a passionate advocate for personal improvement, and for the impact that regular and measured microdosing can have on a person’s life.

De Jong has closely observed the ongoing “mush rush” and says what separates Earth Resonance from other players in the market has a lot to do with social responsibility and the way it delivers its product to its consumers. Rather than simply providing the product with dosing instructions, Earth Resonance microdosing kits set the consumer up with a plan for permanent life change and integration.

Using a protocol involving the Earth Resonance Pyramid, an outline that de Jong says helps clients set intentions prior to starting the 30-day truffle regimen, they are able to plot out goals, hopes, and fears in various areas of their life, taking stock and mentally preparing for microdosing.

The pyramid is built on several pillars: health, finance, career, relationships, personal care, and spirituality, “which in a sense describes your life,” de Jong says.

“Before you start, it’s really important to rate these categories of your life, so you’re able to see, ‘which part of my life do I want to make a change in?’ That’s the first step in the procedure of awareness… So that’s why we say we are a transformative company—our protocol helps our clients set intentions.”

With an increasing body of research on the subject of microdosing, and particularly amid the Covid-19 pandemic, de Jong says that now is the opportune time for people to be improving their overall wellbeing with magic truffles.

“Now is the time that people are starting to get educated on what taking this can mean in your life, instead of the synthetic drug that they’re prescribed by their doctor, or the other unhealthy habit they may have in their life,” she says. “Sclerotia offers a great tool to rewire yourself from negative thinking patterns to more positive ones.”

As a relatively young company, de Jong says Earth Resonance will stick to the Dutch market for now. While other online retailers may risk selling to international customers, she says the company is hesitant to step into any sort of legal grey area and prefers to build in a sustainable way, but will consider moving to new markets if laws allow them to do so.

On the academic side, de Jong says Earth Resonance is in talks with a Dutch university and hopes to provide its products for use in a study.

For the next several months, de Jong says the firm is focusing on developing a new protocol in conjunction with a psychiatrist who specializes in addiction, something de Jong says consumers have found relief from with truffles.

“In some of our reviews, people find that it’s much easier to quit smoking or quit drinking and become a healthier person in a sense, not fueled by willpower, but fueled by a sense of purpose, a feeling of, ‘I am no longer attracted to this lifestyle anymore’,” she says. “It comes naturally.”

As the protocol is being redeveloped, de Jong says the firm plans to move its entire protocol from a booklet format to an online one, where consumers can track their intentions, use, and outcomes, and Earth Resonance can gather data on what users experience with their product.

In addition, de Jong plans to work with a network of “inspirators” rather than influencers to bring more attention to the benefits of microdosing, and particularly to Earth Resonance’s unique protocol.

“This is expanding our consciousness, and that’s what we need, to become more aware of ourselves and step into our own feelings,” she says. “We really want to bring this product and our method, our mythology and how people are really helping themselves, to the world.”