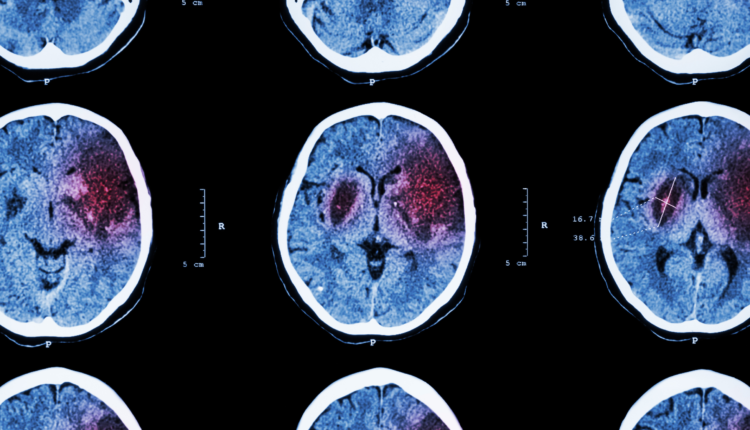 In a first-of-its-kind research program, a drug development company will study the potential for N,N-Dimethyltryptamine, or DMT, as a treatment for stroke.

Algernon Pharmaceuticals announced last week that it intends to begin a clinical research program that seeks to determine how microdoses of DMT could affect a stroke patient, with the goal of repurposing the drug as treatment and as part of rehabilitation for stroke. As part of this effort, the Vancouver-based firm has filed patents for new forms of the drug.

“We looked at the literature and found that there was evidence that you could divorce the neuroplasticity effect from the psychedelic effect,” said Dr. Mark Williams, Algernon’s chief science officer, in an interview last week. “We are taking that and we want to rapidly determine if we can do that in a clinical trial, by identifying that sub-hallucinogenic dose of DMT, and still have some restoration of function in a stroke patient.”

What The Literature Says

The existing research Williams referred to are preclinical studies that show that like other psychedelics, DMT can promote neurogenesis, the process by which new neurons are created in the brain’s hippocampus.

A subsequent study showed that rats treated with DMT recovered from a stroke more quickly than those that were not treated with the drug. Algernon is interested in determining whether a subperceptual microdose of DMT administered through an IV could provide the same therapeutic effects for humans who have suffered from stroke as it did for the rats.

While DMT provides a significantly shorter hallucinogenic experience than psychedelics such as psilocybin or LSD, the company says the goal is to provide the patient with an experience that has all of the therapeutic benefits of the drug, but is entirely hallucination-free.

According to the company, an approach that involves microdosing DMT “may enable a much wider review and acceptance of its data,” and may also allow for faster regulatory approval. Preclinical studies will include research on the potency of multiple new forms of DMT, toxicology, and treatment timing and duration, among other areas.

For its clinical research on ischemic stroke, a stroke that occurs when a clot blocks blood flow to the brain, Algernon intends to test synthetically produced DMT in a clinic setting, preferably as quickly as possible after the stroke occurs. It will also study the effects of microdosing DMT on post-stroke rehabilitation.

It announced yesterday that it has signed a deal with Charles River Laboratories in Finland to complete its preclinical studies.

Why Investors Should Care

North America is the biggest market for stroke treatment, and globally, the market is not small: in 2018, it was valued at over USD $8 billion globally, and is forecasted to nearly double by the year 2027. Every year, 15 million strokes occur around the world. The rise in comorbidities associated with stroke such as diabetes and hypertension only serve to drive this number higher.

The number of existing treatment options for stroke patients is limited, and unless administered within short order after a stroke occurs, may not always lead to rehabilitation. If Algernon’s trials prove successful, it could interrupt the market for existing treatments in a substantial way.

Algernon is one of the first few companies in the psychedelic space to be working with DMT, and the first to approach it in the context of stroke treatment. The company isn’t just focused on psychedelics: in addition to its work around DMT and stroke, it is currently engaged in several other research programs, including around Covid-19, pulmonary fibrosis, and chronic cough.

The company’s executive team and board include members who have successfully brought new drugs to trial, and in January it was given the go-ahead to begin Phase 3 of its trial for Ifenprodil, a drug for the treatment of Covid-19.

In addition, the company has also consulted with renowned DMT and psychedelic experts, including Dr. Rick Strassman, author of DMT: The Spirit Molecule and Dr. David Nutt of Imperial College London.

The Future of Microdosing DMT

While it’s far too early to say whether Algernon will succeed in bringing a form of DMT to the market for stroke treatment, focusing on a clinical research program of this magnitude shows that the company is prepared to play a larger role in the psychedelics space.

This is just one of recent stories about upcoming clinical research in the psychedelics space, with other recent reports on microdosing DMT and stroke being released earlier this week, as well as clinical trials on depression being rolled out overseas, and The Dales Report will continue reporting as more hit the wire.