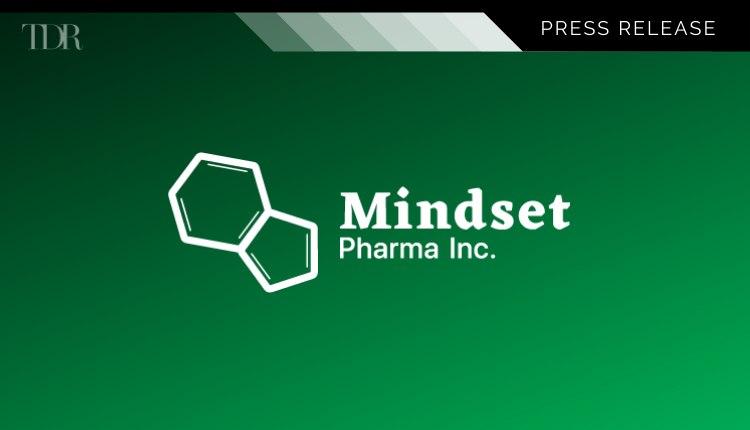 We are pleased to report that a number of proprietary Mindset’s Family 4 compounds, in particular those which aim to improve on the efficacy and safety profiles of 5-MeO-DMT, are exhibiting comparable functional and binding in vitro effects, and in some cases superior, agonist properties across key human serotonin receptor subtypes expressed in the central nervous system (“CNS“). These include not only the 5-HT2A receptor subtype, which is well understood to be highly correlated with a psychedelic experience, but also the 5-HT1A and 5-HT2C receptors as well. Published data has suggested that activation of the 5-HT1A as well as 5-HT2C receptors may also play a significant role in contributing to the subjective and behavioral effects implicated in depression, anxiety, mood regulation, substance misuse and eating disorders, among other CNS disorders, elicited by psychedelics.

Mindset has also completed in vitro absorption, distribution, metabolism and excretion profiling on a subset of the compounds from Family 4 and as expected, several compounds demonstrated relatively short durations of action compared to other classic psychedelics.

These results are highly promising, and Mindset will continue to evaluate and advance its Family 4 compounds, both in vitro and in vivo, alongside several promising compounds from its other novel compound families. Mindset’s proprietary next-generation psychedelic drug pipeline continues to expand and we will provide updates of such expansion at the appropriate time.”

To view the original press release in its entirety, click here