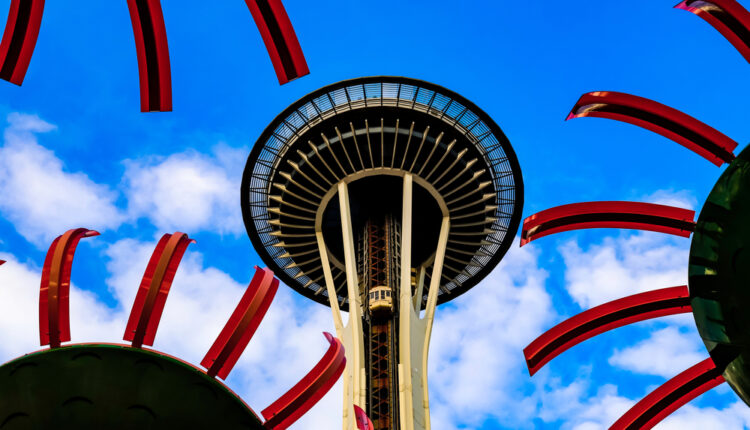 While the rest of the world was busy figuring out what to do with their lives in the absence of Facebook and Instagram, the Seattle City Council advanced legislation Monday that would decriminalize psychedelics in the city.

The announcement caught the attention of psychedelic stock investors, as the landmark decision sees Seattle become the first major US city to remove the stigmatism associated with psychoactive chemicals, and even cites their therapeutic properties in their argument for their broad acceptance.

The approved resolution will decriminalize non-commercial activities involving a wide variety of psychedelic substances and chemicals. This measure also permits the cultivation and sharing of ayahuasca, ibogaine, non-peyote-derived mescaline, and mushrooms containing psilocybin.

Seattle police had previously been instructed to refrain from arresting citizens in possession of personal psychedelic drugs in an aim to preserve the freedoms for those looking to cultivate and share these plants for spiritual or personal growth rituals.

The measure saw unanimous support from the Seattle City Council, with the legislation stating that “the investigation, arrest, and prosecution of anyone engaging in entheogen-related activities should be among The City of Seattle’s lowest enforcement priorities.”

Additionally, the resolution instructed the city’s police department to “move toward the formal codification and adoption of that practice as departmental policy.”

Following this landmark decision, the city council will now look to further implement measures to protect those who cultivate entheogens from legal recourse. Once the proper changes have been determined, they will likely be put into effect through a separate, but similar ordinance.

Seattle councilmember Andrew Lewis, the leading voice behind the resolution, stated that “these nonaddictive natural substances have real potential in clinical and therapeutic settings to make a really significant difference in people’s lives… This resolution really sets the stage as the first significant action in the state of Washington to move this policy forward.”

Lewis’ office also provided a press release to further elaborate on the reasoning behind introducing this new legislative agenda. In the release, the councilmember pointed to the mental health benefits often associated with psychedelic therapeutics and argued that the added stress put on by the ongoing pandemic only strengthened the case in support of their acceptance by the greater legal and medical community.

“Entheogens, commonly known psychedelics, have been shown to benefit the well-being of individuals suffering from depression, severe anxiety, problematic substance use, post-traumatic stress, end-of-life anxiety, grief, and intergenerational trauma. These and other physical and mental conditions are plaguing many communities, which have been further demonstrated to be exacerbated by the impact of COVID-19.”

This resolution is a continuation of the council’s goal to greatly reduce the total of opioid-related deaths in the region. Like much of the northwest, Seattle has been hit particularly hard by the opioid plague, and the City Council hopes that these measures will allow for addicts to find some sort of help through psychedelic medicines.

In their efforts to reduce the impact of opioids in their community, a task force was created to further look into possible remedies with the help of psychedelic chemicals. Less than 90-days later, the task force made the formal request for the city to decriminalize psychedelics all together, and even suggested that penalties be removed for all drugs.

In his efforts to advance the conversation, councilman Lewis sought the help of Decrim Nature Seattle (DNS), a group that has spent more than two years lobbying for the decriminalization of psychedelics in the region.

Kody Zalewski, DNS co-director, expressed his pleasure with the step forward and signaled that this legislation would be the first of many advances he and his group hope to see in the space.

“This is only the very beginning of conducting a much larger push to expand access to psychedelic medicine across Washington State, and codifying the intent of this resolution via citywide ordinance.”

“Public opinion is changing, and many people are waking up to the fact that the War on Drugs leads to unnecessary incarceration, impedes access to profoundly effectively medicine and impinges on both religious freedom and personal liberty.”

“Social progress rarely happens through sweeping changes, but rather occurs from winning one small battle at a time.”