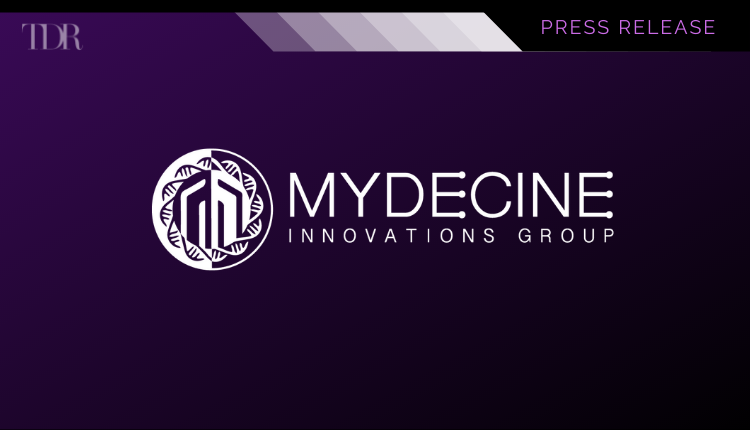 Mydecine Innovations Group™ (NEO: MYCO)(OTCMKTS: MYCOF), a biopharmaceutical company focused on the treatment of mental health disorders and addiction, today announced that it plans to supply its lead drug candidate, MYCO-001, for a multi-site smoking cessation study being conducted at Johns Hopkins University (“JHU”), New York University and the University of Alabama Birmingham by leading drug and substance use researcher, Dr. Matthew Johnson. Dr. Johnson received a U01 grant from National Institute on Drug Abuse (NIDA) to fund this study, making it the first time in over 50 years that the U.S. government has funded a study of a psychedelic compound for therapeutics.

Mydecine, which exercises a five-year research agreement with JHU to study the impact of psychedelics on smoking cessation amongst other initiatives, announced earlier this September that it had partnered with Dr. Johnson to complete a seamless Phase 2/3 smoking cessation clinical trial for MYCO-001. Projected to launch in Q1 2022, the Phase 2/3 clinical trial will run concurrently with the newly announced multi-state study. The company believes both studies will serve to provide further supportive efficacy and safety data for MYCO-001.

The NIDA’s decision to fund the continuation of Dr. Johnson’s smoking cessation study is a strong validator of medicines, such as our MYCO-001 formulation, for the treatment of smoking cessation. Previous clinical results by Dr. Johnson and his team at Hopkins have shown six-month abstinence rates as high as 80%, which is unheard of in the addiction space. NIDA ranked this study incredibly high, which further solidifies our approach to treat this deadly addiction.

Bartch continued, “We are excited to support Dr. Johnson and his team in this concurrently running study which we believe will add a significant benefit to support our 2/3 seamless design. We have made significant progress advancing our MYCO-001 clinical trials for smoking cessation to date with JHU. The opportunity to play an integral role in this landmark study by supplying our lead drug candidate, not only offers a significant opportunity to further advance our drug development through safer and more viable results, but demonstrates Mydecine’s leadership position in the emerging psychedelic-assisted psychotherapy industry.”

“The incredibly promising clinical data that has been accumulated by the evolving psychedelic therapeutics industry to date makes these types of collaborations potentially a game-changer in smoking cessation,” said Mydecine CMO, Dr. Rakesh Jetly. “The U.S. government’s recognition of this valuable data and their support in advancing the development of psychedelic-based therapy to help create a more effective treatment option supports our mission to bring these needed drugs to the forefront of the market.”