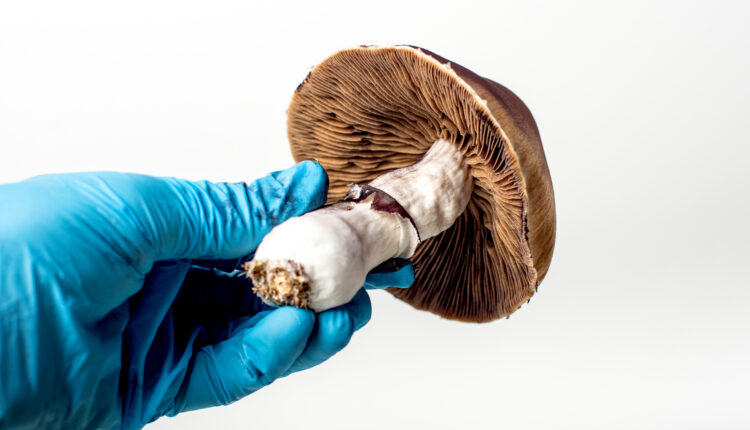 Psilocybin, Ketamine, and DMT: How Do Psychedelics Work?

Novel psychedelics are experiencing something of a renaissance right now as potential treatments for mental disorders. Psilocybin compounds and DMT are moving through clinical trials, while products produced with ketamine have already entered the marketplace.

How do psychedelics work with the brain to treat depression, anxiety, and other mental ailments? Here’s a quick comparison of the three.

Psilocybin is a substance produced by about 180 species of “magic” mushrooms. Like many psychedelics, psilocybin binds to serotonin receptors, which coat the surfaces of brain cells and facilitates communication. This action promotes transmissions between regions of the brain that don’t typically interact with each other.

Magic mushrooms also have effects on the prefrontal cortex, which controls the human thought process, moods, and perception.

Psilocybin effectively deprograms brain patterns and rewires modes of perception. Many patients have reported experiencing synesthesia, a phenomenon in which a pathway not normally involved in a certain sensory reaction suddenly offers input — i.e., “seeing sounds” or “hearing colors.”

Many subjects that have taken psilocybin report feeling more connected to nature, more creative, and more unified with the outside world. Many also report that the effects of increased contentment and creativity have lasted for years, even decades after the experience.

Ketamine interacts with glutamate, the chemical messenger that the brain relies upon the most. Glutamate has a significant impact on a person’s emotions, thoughts, memory, and learning skills.

Ketamine is something of a “reset” tool for different parts of the brain. It manufactures and balances gamma-aminobutyric acid (GABA), a neurotransmitter that regulates emotions. When it is administered in low doses, ketamine restores GABA to levels that stave off feelings of anxiety or depression.

DMT, or N-dimethyltryptamine, is a substance commonly found in plants. It can also be synthesized in a lab. However, it’s also present in the human body — specifically in blood and urine — leading some to believe it may be produced by the pineal gland.

Like psilocybin, DMT binds to the brain’s serotonin receptors, primarily on the prefrontal cortex that affects mood, perception, and cognition. Scientists have found DMT inverts the activity of alpha and theta waves that happens naturally in dream states.

The effects of DMT are typically quick and intense. Subjects have reported episodes similar to a near-death experience, including perception and contact with aliens or alternative, cognizant entities. Others report hallucinations, bright lights, and consciousness of death and dying. Many subjects have reported a renewed sense of introspection, leading to more permanent lifestyle changes.