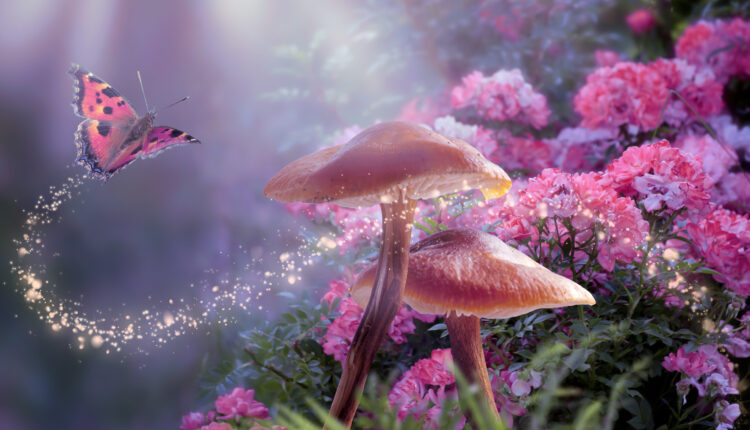 Psychedelics: A Growing Market in Canada

For centuries, psychedelics have provided spiritual and medicinal benefits for various cultures. As the world deals with a global mental health crisis, Canada has become a home for research into the therapeutic potential of psychedelics in drugs. As research continues, so does the push for psychedelic solutions to mental health problems.

Whether they are natural or synthetic, psychedelics are psychoactive substances that can affect a user’s perception, mood, and cognitive processing. Two of the most widely studied substances in Canada are psilocybin and ketamine.

Psilocybin is a hallucinogenic compound that is naturally found in psilocybin mushrooms, commonly referred to as magic mushrooms. Research into psilocybin has found that it can help in treating addiction, depression, and anxiety.

However, Health Canada, the department responsible for Canada’s health policy, does not currently acknowledge any medical benefits from psilocybin.

Ketamine is known as an anesthetic. It has been used in hospitals, clinics, and even in war for pain relief and sedation. It is known for having dissociative effects, so researchers have focused on the benefits that ketamine might have in treating depression and suicidal thoughts.

Currently in Canada, ketamine is the only medically recognized, prescribable psychedelic drug.

During the 1940s and ‘50s, psychedelic research was a promising enterprise. Around the world, different researchers were looking into the effects and benefits of these drugs.

In fact, a Canadian psychiatrist, Humphrey Osmond, coined the term, “psychedelic” in 1957. At the time, psychedelic drugs offered an alternative form of treatment to others that were practiced:  Long-term therapy, care in asylums, solitary confinement, electroshock therapy, and even lobotomies.

However, stigmas and fears about psychedelics in the 1960s brought research to a halt. Psychedelic drugs were seen as part of the counterculture and associated with hippies. At one point, the United Nations Economic and Social Council even denounced psychedelics and proposed stronger restrictions on them. This forced many scientists and researchers to abandon their work.

Despite this global and cultural change in the ways that psychedelics were viewed, they have recently become the subject of research again, particularly in Canada. The first reason for this is the global mental health crisis.

Society’s overall view on mental health and the need for mental healthcare has changed. With this change and with so many suffering from mental illnesses and disorders, researchers have turned to psychedelics again. They are working to create better treatments for a number of mental health problems.

Another reason for the renewed interest in psychedelics is the success of the cannabis industry in Canada. With the social and legal approaches to cannabis changing in Canada, the industry has thrived. In doing so, it has opened the door for potential changes in regulations surrounding psychedelics. This is largely because investors feel that the psychedelics could enjoy the same success.

As Canada changes its views toward psychedelics, it opens a new market. This market could be an amazing opportunity for investors, especially for those interested in psychedelic and cannabis stocks.