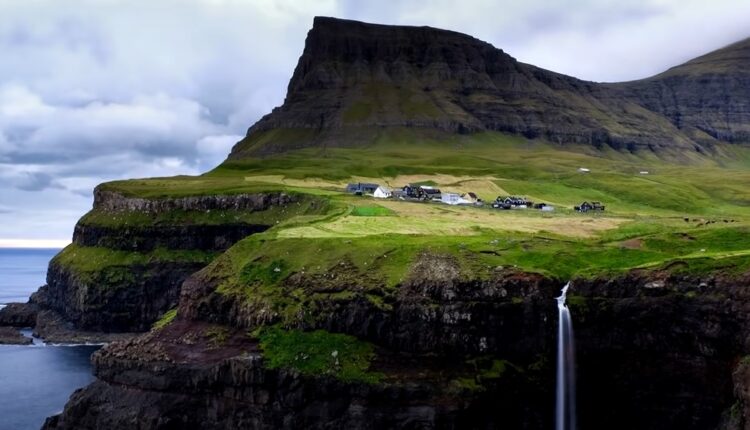 TDR’s Psychedelic Developments For The Week Of June 13

Welcome to TDR’s review of the Top 5 Psychedelic developments for the week of June 13. Aside from presenting a synopsis of events, we provide market commentary to summarize the week that was for publicly-listed companies.

Alex Gibney is adapting Michael Pollan’s mind-altering substance book How To Change Your Mind for Netflix. Gibney is exec producing the four-part docuseries, which is based on the New York Times best-selling author’s book, which looks at what the science of psychedelics teaches people about consciousness, dying, addiction, depression and transcendence.

How To Change Your Mind is presented in four parts, each focused on a different mind-altering substance: LSD, psilocybin, MDMA, and mescaline. With Pollan as guide, viewers will journey to the frontiers of the new psychedelic renaissance – and look back at almost-forgotten historical context – to explore the potential of these substances to heal and change minds as well as culture.

The docuseries launches on July 12.

The Investigator Initiated trial is funded by a near $4 million grant from the National Institutes of Health, making this the first time in 50 years the U.S. government has funded a study evaluating a psychedelic compound for therapeutic use. The randomized trial aims to determine if psilocybin increases smoking abstinence compared to a placebo, both paired with cognitive-behavioral therapy (CBT).

3. Psychedelic Stocks Lower On Risk-Off Week On The Markets

The biggest psychedelic stocks were mostly lower, as it was another risk-off week on the markets. The Horizon Psychedelic Stock Index ETF (PSYK) declined ↓3.67% and underperformed biopharmaceutical peers Nasdaq Junior Biotechnology Index (↑1.91%) and the Nasdaq Biotechnology Ishares ETF (↓0.83%). Both the NASDAQ 100 ↓4.72% and S&P 500 ↓5.52% fell for a second consecutive week as the Federal Reserved raised the key Fed Funds rate by 75 basis points.

Amherst, Massachusetts Town Council has punted on a proposal to decriminalize psychedelics and other currently illicit drugs, sending it back to committee on Monday despite advocates’ hopes that the full body would enact it.

Beckley Psytech Limited and Ksana Health announced that the companies have entered into a partnership to support the collection and analysis of digital behavioral data in Beckley Psytech’s future clinical trials.

Braxia Scientific announced the opening of its newest Braxia Health clinic in the Kitchener-Waterloo area in Ontario.

Delic Holdings shared details regarding Dr. Markus Roggen, President and Chief Scientific Officer of Delic Labs, and his participation in the upcoming Grow Up Conference and Expo.

Enosis Therapeutics, a medical technology and psychedelic research company that leverages virtual reality (VR) for the contextual modulation of psychedelic therapy to improve treatment outcomes, announced the successful completion of the world’s first study on the synergistic application of VR and psychedelics.

Field Trip Health has agreed to increase its participation in the concurrent financing, in support of, and in connection with, the spin-out of its clinics business to Field Trip Health & Wellness Ltd. by way of a plan of arrangement

Filament Health announced that a patient has been dosed with one of Filament’s drug candidates through the Health Canada Special Access Program.

Nova Mentis Life Science bolstered its IP with the filing of provisional patent applications to protect data it obtained during its psilocybin preclinical studies and provide protection for the company’s therapeutic paradigm for treating neuroinflammatory disorders with psilocybin and psilocybin-based tryptamine derivatives.

Ohio State University has announced plans for a new academic center focuses on the study of psychedelic drugs. According to OSU, the Center for Psychedelic Drug Research and Education (CPDRE) was approved by the Ohio State College of Social Work in January, and “will focus research on populations and psychological disorders, and preparing future scholars and clinicians through a variety of interdisciplinary educational initiatives.”

Silo Wellness announced a request for expressions of interests from Oregon property owners who may be considering participation in the regulatory regime under Oregon Ballot Measure 109.

Larry W. Campbell vividly recalls the day when in the midst of the pandemic, he felt inexplicably calm. As senator, he was traveling long distances with his dog to vote on emergency COVID-19 bills. But, he was struggling to keep PTSD and depression at bay. Something as simple as standing in line would trigger a massive reaction.

I’m not suggesting that the skies got blue and there were rainbows and I saw unicorns. It was just better.

After three or four days, he asked his wife about his new-found buoyancy and she admitted: she was spiking his coffee with minuscule doses of psilocybin, the active ingredient in the psychedelic drug “magic” mushrooms.

The effect it had on him is not unheard-of. In fact, magic mushrooms are increasingly being recognized as a potential treatment for depression and PTSD, particularly for people who have not responded well or notably to standard treatments, like antidepressants.

Elon Musk believes that psychedelics and other plant-based drugs are better than pharma meds in treating a number of mental health conditions. The Tesla CEO said in a tweet last month that he had interacted with many people who have been helped by ketamine and psychedelics more than amphetamines and SSRIs.

Musk tweeted that psychedelics and MDMA should be seriously considered for therapeutics as they can make a real difference in mental health, especially for extreme depression and PTSD. This message was a response to a tweet by Doug Drysdale, the CEO of Cybin Inc. (NEO: CYBN) (NYSEAmerican:CYBN), who said the pharmacoeconomic potential of these substances could massively reduce the $2.5 trillion cost of mental health.