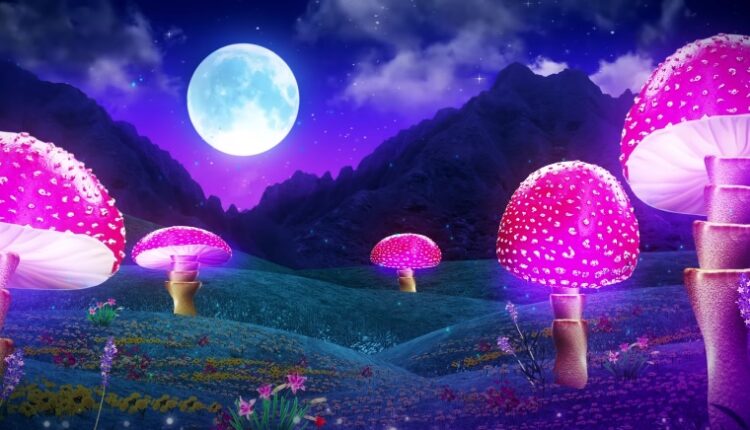 Mind Cure Health Inc. (CNSX: MCUR) (OTCMKTS: MCURF) announces a further strategic equity investment in ATMA Journey Centers Inc. (ATMA). This follow-on investment enables MINDCURE to retain its 13% ownership of ATMA, in accordance with the terms of the letter of intent announced on January 12, 2021. Additionally, MINDCURE President and CEO Kelsey Ramsden will be joining the ATMA Board of Directors.

We are extremely excited to strengthen our partnership with the team at ATMA through this investment. This further solidifies the Company’s strategic position in clinics and partnerships for the deployment of digital therapeutics to drive near-term revenues. ATMA’s team is a true pioneer in the psychedelic therapy industry by growing a global network of group and retreat psychedelic therapy clinics…

iSTRYM is an investigating technology that focuses on patient feedback and data-driven insights into the efficacy of treatments in order to assist in the application of more effective and more efficient diagnosis techniques and treatments. It’s a technology that is targeted for both therapists and patients.

Mydecine Innovations Group (NEO: MYCO) (OTCMKTS: MYCOF), an emerging biopharma and life sciences company committed to the research, development, and acceptance of alternative nature-sourced medicine for mainstream use has announced its four lead novel drug candidates as the Company prepares for its Pre-Investigational New Drug (IND) meetings with the FDA and Health Canada.

Our first four novel drug candidates deliver on our long-term strategic road map for drug development with regular milestones that iteratively add value over time. By increasing the complexity of these compounds, we are increasing layers of patents applied, which in turn, also adds pharmaceutical value to the drug candidates. The promise of these molecules is undeniable.

The four initial drug candidates include:

Infographic Of The Week: Gender And Demographic Affliction Rates For Major Depressive Episodes

HAVN Life Sciences completed the acquisition of GCO Packaging and Manufacturing Ltd., acquiring 100% of the outstanding shares of GCO in exchange for an aggregate of 6,000,000 common shares of the company. GCO operates a large-scale manufacturing, packaging and distribution facility and is expected to help several aspects of the company’s aspiring natural health supplement line.

MindMed announced the publication of the first study on MDMA dosing optimization using personalized medicine. This study provides the first scientific data for predicting responses to MDMA and optimizing dosing. This may maximize the potential beneficial therapeutic effects while reducing adverse responses when treating medical conditions.

Tryp Therapeutics has initiated quoting activity on the OTCQB Venture Market and is eligible for settlement and transfer of its common shares in the United States. The OTCQB has augmented listing standards over the OTC Pink Sheets markets and is roughly equivalent to a TSX Venture listing in Canada.

And finally, recognition of Ibogaine’s powerful healing properties went mainstream after Time published a full-length feature of the powerful psychedelic substance. Among public companies researching Ibogaine or Ibogaine derivatives: MindMed which is trialing 18-MC for addiction disorders (Phase 1) and MindCure Health, whose bioinformatics platform PsyCollage has identified opportunities for ibogaine to support neuro-regenerative pathways for the treatment of neuropathic pain and brain trauma.

This clinical trial is randomized and double-blind with a small control group. The aim is to compare the efficacy and mechanisms of action of psilocybin, the primary psychoactive substance in ‘magic mushrooms’, with escitalopram for major depressive disorder.

Best known for its trade name Lexapro, escitalopram is a selective serotonin reuptake inhibitor (SSRI) antidepressant primarily used to treat depression and secondarily for anxiety, obsessive compulsive disorder or panic attacks. However, it is not a silver bullet. While Lexapro is effective for a significant subset of patients, like all SSRIs, it comes with significant side effects including:

While the efficacy of psilocybin for depression has not been definitively established, there have been numerous studies demonstrating its solid safety profile going back to the mid 1900’s.

We await the contents of the New England Journal of Medicine report, and would view positive results as significant validation for psilocybin efficacy for MDD as the marathon to prove-out the science continues. More to follow.

A bill to decriminalize psychedelics in California and create a working group to study broader reform advanced through a Senate committee on April 6. The panel also approved separate legislation to allow communities in the Golden State to open makeshift safe consumption sites for illicit drugs.

The Senate Public Safety Committee approved the legislation, sponsored by Sen. Scott Wiener (D), by a vote of 4-1. If enacted into law, criminal penalties for possessing or sharing a wide range of psychedelics would be removed—including psilocybin mushrooms, DMT, ibogaine, LSD and MDMA—for adults 21 and older.

The measure would also provide for the expungements of prior convictions for offenses that it makes lawful.