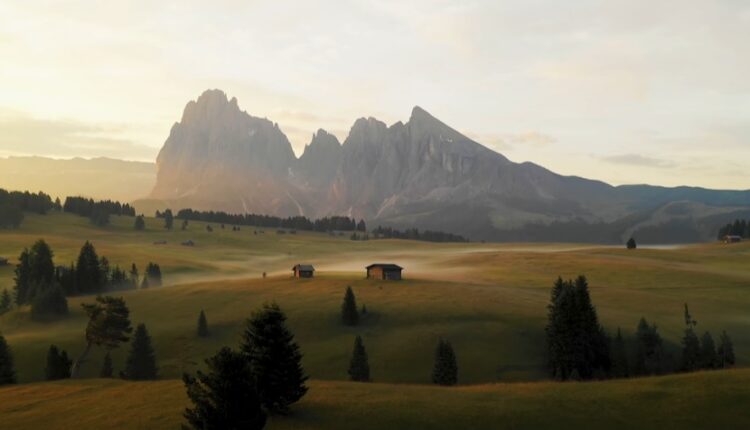 Welcome to TDR’s review of the Top 5 Psychedelic developments for the week of May 9. Aside from presenting a synopsis of events, we provide market commentary to summarize the week that was for publicly-listed companies.

5. FDA Gives Expanded Access To MDMA As A Treatment For PTSD

Clinics in 10 U.S. cities — including one in Western North Carolina — have been approved by the FDA to expand patient access to MDMA. The recreational drug also known as Ecstasy, will be a treatment for post-traumatic stress disorder. The program is currently in phase three trials, but the safety and efficacy demonstrated thus far will allow for compassionate use, with an eye on possible FDA approval next year.

What we’ve done for years in treatment is try to give people drugs that have tried to basically throw a blanket on those symptoms. Unfortunately, we haven’t done a very good job with those drugs.

Dr. Raymond Turpin, a psychologist with the nonprofit Pearl Psychedelic Institute in Waynesville

Post-traumatic stress disorder has been around as long as trauma has, but it’s only recently been recognized as a formal diagnosis, especially for members of the armed forces exposed to intense or prolonged violence. Left untreated, PTSD can lead to self-harm, and is considered a major contributing factor to the epidemic of veteran suicides.

Colorado activists have wasted no time working to place competing initiatives to legalize psychedelics on the state’s November ballot, with one campaign saying that it’s already collected nearly half of the required signatures needed to qualify its measure.

Natural Medicine Colorado, a campaign backed by the national New Approach PAC, filed several versions of reform initiatives before deciding on one to pursue in March. It would legalize psilocybin, create licensed “healing centers” where people can use the psychedelic for therapeutic purposes and provide a pathway for record sealing for prior convictions.

A national drug policy advocacy organization is condemning how a prominent psychedelic research body responded to a B.C. woman’s allegations of sexual and physical abuse during clinical trials for MDMA-assisted psychotherapy.

Bright Minds Biosciences will host a symposium with Key Opinion Leaders on Dravet Syndrome and recent therapeutic developments within the competitive landscape.

COMPASS Pathways reported its financial results for the first quarter 2022 and gave an update on recent progress across its business. Cash and cash equivalents were $243.7 million as of 31 March 2022 compared with $273.2 million as of 31 December 2021.

Field Trip Health announced the launch of Field Trip at Home™ Powered by Nue Life, which provides ketamine treatments from the comfort of a person’s home.

FSD Pharma announced the closing of the sale of the Company’s former cannabis processing facility located in Cobourg, Ontario, Canada for gross proceeds of CAD$16,400,000 in cash.

Ketamine Wellness Centers announced a new partnership with the Veterans Administration (VA) in Arizona. Veterans suffering from treatment-resistant depression, PTSD and anxiety will have access to ketamine therapy at the KWC Arizona clinics in Phoenix, Tucson and Mesa-Gilbert at no out-of-pocket cost with prior authorization from the VA.

Mind Medicine will host a key opinion leader webinar on substance use disorders and withdrawal management on Thursday, May 19, 2022 at 11:00am EDT.

Mindset Pharma announced that it is making headway in progressing its Family 1 lead clinical candidate, MSP-1014, towards clinical trials.

Novamind has been selected to host a clinical trial for the acute treatment of social anxiety disorder (SAD), an understudied and common mental health condition that affects nearly 15 million American adults. The phase II randomized clinical study for the acute treatment of SAD is sponsored by Bionomics Limited, a clinical-stage biopharmaceutical company listed on NASDAQ.

Optimi Health has completed a planned expansion of the on-site analytical laboratory at its Princeton, British Columbia facility.

Red Light Holland has engaged Akwasi Owusu-Bempah to serve as an Advisor to its Advisory Board.

Red Light Holland has submitted a Patent Cooperation Treaty application based on the provisional application it filed last year for the customization and personalization of microdosing kits and protocols based on biometric and movement data.

Revitalist Lifestyle And Wellness reported updates on strategic initiatives accomplished in April including becoming a founding partner with the American Association of Psychedelics.

Wesana Health Holdings announced that following the completion of a successful Pre-IND meeting with the United States Food and Drug Administration, the company is expanding its lead indication for SANA-013 to Major Depressive Disorder and exploring other complementary orphan indications.

Sens. Brian Schatz (D-HI) and Cory Booker (D-NJ) are pushing top federal officials to provide an update on research into the therapeutic potential of psychedelics, arguing that ongoing federal prohibition has stymied studies.

In a letter sent to the heads of the National Institutes on Health (NIH) and Food and Drug Administration (FDA) on Wednesday, the senators said that the agencies are “critical to ensuring a comprehensive, rigorous, and deliberative science-based approach to the study of psychedelics.” That includes the “potential development of medication and therapeutics derived from these substances,” they wrote.

The senators said that they’re encouraged that NIH hosted a workshop in January to explore regulatory challenges that are impeding research into psychedelics like psilocybin and MDMA. And they want the agencies “to further expand their role in identifying research gaps, potentially promising therapeutic uses of psychedelics, and regulatory hurdles in the field of psychedelic research.”

The topline data demonstrate the significant, rapid, durable, and beneficial effects of LSD and potential to safely mitigate symptoms of anxiety and depression. LSD (200 µg) treatment resulted in significant and strong reductions of STAI-G scores 16 weeks after treatment in the between-subjects analysis (least square mean (± SE) change from baseline difference = -16.2 (5.8), 95% CI=-27.8 to -4.5, p=0.007). LSD was well-tolerated.

Said Dr. Miri Halperin Wernli , Executive President of MindMed “These results represent the highest quality research ever conducted with LSD in anxiety disorders and provide contemporary confirmation of the preliminary findings of the anxiolytic and antidepressant effects of LSD in over 500 patients to date. The statistically significant, strong and long-lasting reductions in STAI-G scores, combined with similarly rapid and sustained responses in all secondary endpoint measurements, are extremely encouraging. These results further support MindMed’s clinical development strategy.”