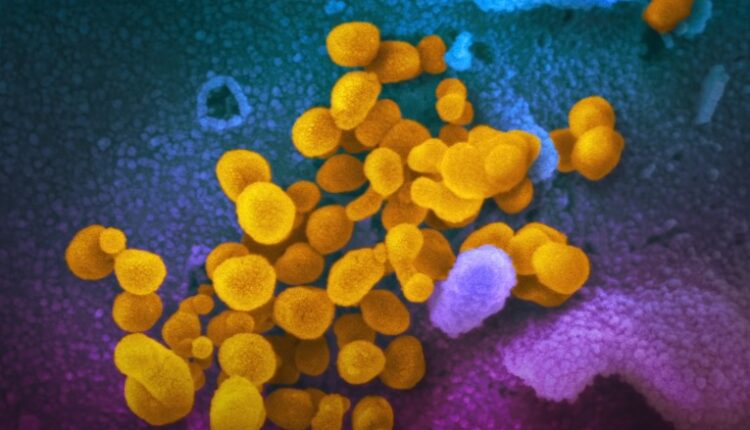 In early 2020, as the world began to realize that the Coronavirus was becoming a real problem for billions around the world, many entrepreneurial wheels started spinning. Scientists, often the top talent of whom are hired by big pharmaceutical companies, diverted their time and resources into finding a vaccine, treatment or a cure for the potentially fatal virus.

Some however, took a more practical approach to the pandemic. While a vaccine could be years away if even, they decided to focus on pragmatic measures by which to curb the spread of the virus, while still enabling large portions of the population to socially gather and continue life as normal. This could be achieved by withholding those who test positive for the virus to quarantine until it’s left their system, and allow the rest of the economy to continue working, socializing, shopping and exercising as usual without the prohibitive measures that have been adopted by unusually intrusive governments around the world.

One little known company took advantage of their existing tech to activate this solution, and shareholders immediately felt the thrill of exponential success. When Sona Nanotech first announced they would be deploying a “rapid screening test of Coronovirus” the market reacted swiftly. Within a couple weeks of the announcement the share price had increased ~400% and trading volume was coming in hot and heavy, with average daily volume up about eight times the usual. For a penny stock trading at a market cap of ~$12M CAD, to lift to a significant $58M CAD, in such a short time period is head turning. And retail investors started to fill their baskets with the penny stock that proposed a valuable solution the pandemic.

In the ensuing months, investors would drive the value of the small nanotechnology firm up to $840,000,000 CAD, while spectators waited for a further burst of action catalyzed by the approval of Sona’s Covid19 screening test by the United States’ Food and Drug Administration (FDA). Months of anticipation led to it’s highest price point of $13.55, but with lack of clarity on it’s accuracy and regulatory approval not forthcoming the stock began to dwindle.

September saw another uptick as a leading medical research lab in the Saudi Arabian King Abdulaziz University made claims that they had “conducted clinical evaluation studies on several point-of-care antigen tests and found Sona Nanotech’s rapid antigen test to perform by far the best”, they went on to state that they “believe it could be a valuable addition to the existing diagnostic solutions needed to combat this pandemic.”

The future was looking bright for Sona, offering a relatively simple diagnostics solution as pharmaceutical companies spent billions trying to discover a vaccine. But the FDA saw things differently. Just 10 days ago, the market was made aware that the FDA believes the test “is not a priority” at this time and so the application for emergency authorization for the company to market it’s product as an accurate, rapid Covid19 testing kit would not be granted at this time. This blow to hopeful shareholders caused many to rush to the door, with the share price falling off a cliff, shaving almost 50% of it’s value.

It’s not all bad news for Sona Nanotech, however, and many investors are holding their positions awaiting favorable result in the medium term from the United States FDA, or in the shorter term from Health Canada and a slew of other countries who could independently declare the pregnancy-test-like device a useful and impactful product for the prevention of Covid19. Since the company has already sold these devices for “research use only”, there is still upside to the stock and the potential for a decently sized country, like Saudi Arabia, to grant expedited approval of the testing kit and lead to huge purchase orders for Sona.

Fortunately, Sona already has a manufacturing facility in place, and are in talks with third parties to manufacture additional testing kits should such a move take place, followed potentially by other similar countries in the region. Countries with significantly fewer regulatory measures in place than Western nations, for a non-invasive product that can bandage their Covid effected economy.

In addition to the upside potential, Sona Nanotech made an interesting move last week that raised eyebrows amongst it’s investors and spectators alike, by appointing Mark Lievonen to it’s board of directors. Lievonen was the President of Sanofi’s vaccine division, Sanofi Pasteur for 17 years. Sanofi
Pasteur, appropriately named for the father of vaccination Louis Pasteur, is the largest company in the world devoted entirely to vaccines. Their multi-billions in annual revenue, and parent company, Sanofi, valued at $125 billion USD makes the decision to acquire this talent, an integral part of any logical investment thesis at this point.

It doesn’t end there though, Lievonen is also a co-chair of the Canadian COVID-19 Vaccine Task Force, whose job it is to spend a billion dollars in defense and preparation of vaccination for all Canadians. Naturally, his price tag comes at a hefty 250,000 stock options, which would have been equal to over $2.5M CAD at the company’s peak just a few months ago. A small price to pay to have a national decision maker of that calibre batting for your team.

Although Canadian small cap COVID companies are getting hit on the news Pfizer Inc. has successfully tested a new vaccine, the need for reliable tests remains. Sona Nanotech is still a pivotal player in that conversation. Now it’s up to Health Canada to validate what needed to been done weeks ago—well before FDA de-prioritization became a thing.