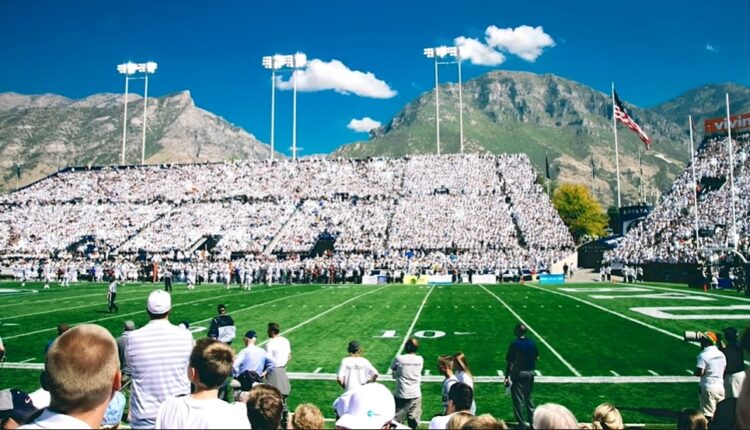 5. Sports Betting In The Carolinas Seems To Be On The Backburner

The legal sports betting market in South Carlina would have been regulated had HB 5277 passed in the House. Both retail and online sportsbooks would have come from the bill but the session ended without a vote setting the market back at least another year.

The bill to launch mobile sportsbooks in North Carolina has been sitting in limbo in the NC House for weeks and those in support are beginning to get nervous.

SB 688 has already passed in the Senate and only needs the House’s approval to be enacted. Governor Roy Cooper has already expressed his support for the bill, expressing his desire to sign it once it advances passed the House.

Buried deep in Vermont Senate Bill 11 is a provision creating a committee to examine the feasibility of bringing legal sports betting to the Green Mountain State that Gov. Phil Scott signed the legislation Wednesday.

The committee is tasked with examining the sports betting study commissioned earlier by the Office of Legislative Council and the Joint Fiscal Office. Members must meet for the first time no later than September 1. They are allowed to meet no more than four times and must submit a written report to the House Committee on General, Housing, and Military Affairs and the Senate Committee on Economic Development, Housing and General Affairs no later than Dec. 15.

This signals Caesars Entertainment’s commitment to bolster its digital broadcast assets to drive audiences to its sportsbook and gaming funnel. With an ultra-competitive environment to compete against, Caesars is enlisting the expertise of NFL legend Peyton Manning—himself a member of the ESPN broadcast team.

Guaranteed Money: How Saudi Financed LIV Golf May Be Better For Bettors

154th Belmont Stakes: A look at the track, the field, the odds and notes on each horse

Arizona reported a record $692M sports betting handle in March, up 40%. That was the highest betting handle ever achieved in the Grand Canyon State since it launched its legal market back in September 2021, and it also represents a 40% uptick from the prior month’s total wagers, a sign that the entire operation is gradually maturing and expanding.

Detroit’s three casinos collectively reported $108.7 million in May revenue, the Michigan Gaming Control Board reported this week, down less than 1% from $109.7 million in May 2021. Revenue from table games and slots fell 1.5% year-over-year to nearly $106.3 million, though revenue was down 9.1% from April. Retail sports betting, meanwhile, produced revenue of $2.4 million, up 37%.

DraftKings CEO Jason Robins has claimed the company’s focus is ‘all about profitability’ as the US sports betting and igaming markets begin to mature.

DraftKings CEO Jason Robins has again reiterated his wishes to eliminate ‘sharp’ bettors to increase gross margins for his company over time. The comments echoed similar remarks made in the fourth quarter of last year, which drew the ire of some in the sports betting community.

EveryMatrix, a Sliema, Malta-based B2B iGaming technology provider for online gaming sites finalized the acquisition of Leapbit, a Zagreb, Croatia-based sports betting developer. The amount of the deal was not disclosed.

FansUnite Entertainment announced its intention to initiate a normal course issuer bid with respect to its common shares through the facilities of the Canadian Securities Exchange.

Gambling.com Group Limited is set to join the broad-market Russell 3000® Index at the conclusion of the 2022 Russell indexes annual reconstitution, according to a preliminary list of additions posted by FTSE Russell on June 3, 2022. The inclusion on the index will take effect after the U.S. market opens on June 27, 2022.

HeadsUp Entertainment has launched “multiple revenue platforms” in six US states and Ontario in what it called “a major step forward as a licensed and approved affiliate.”

Illinois became the last state to report sports betting numbers for the month of April. The state saw its bettors wager over $839 million on sports through April, an impressive total but still a 14% drop from the record-breaking $971 million handle in March.

Japan policymakers are throwing cold water on the idea of expanded sports wagering in the country, indicating a proposal to that effect is unlikely to gain near-term traction.

Kindred has earned a gaming license in the Netherlands, the company announced earlier today, and plans to launch its Unibet site in the country in the coming days

Massachusetts Governor Charlie Baker (R) says the issue of sports betting is quite similar to the state’s legalization of cannabis.

Massachusetts senators and representatives are set to negotiate a sports betting legalization. The conference committee tasked with hammering out a compromise bill will be meeting on Thursday, in an effort to reach an agreement before the legislative session expires on July 31.

MGM announced it will sell the operations of Gold Strike Tunica in Mississippi to Cherokee Nation Entertainment for $450 million in cash. MGM also operates the Beau Rivage in Biloxi; the mobile BetMGM sportsbook app in MS is only playable within MGM casino properties.

Ohio sports betting market to be one of the best in U.S., sources Say

US commercial gaming revenue marked its second-highest-grossing month in April, with most states reporting year-over-year growth. Revenue grew in April across all types of gaming—casino games, sports betting, and online wagering on events—to $4.99 billion, up 12.4% from 2021, according to an American Gaming Association report. It said 24 of 31 commercial gaming states that were operational a year ago posted revenue growth.

As expected, the year-over-year pace of revenue growth continued to slow in April as the comparisons move beyond 2021 months in which the industry was operating with significant COVID-related operating restrictions. On a sequential basis, gaming revenue dropped 6.8 percent from March’s all-time monthly record.

Through the first four months of 2022, commercial gaming revenue stands at $19.33 billion, 24.2 percent ahead of the same period last year. While persistent macroeconomic concerns remain, including supply chain disruptions, labor shortages and rising inflation rates, the gaming industry’s growth rate at the start of 2022 has the potential to be another record-setting year. Sports betting generated $497.5 million in revenue, a 74.6% gain from April 2021.