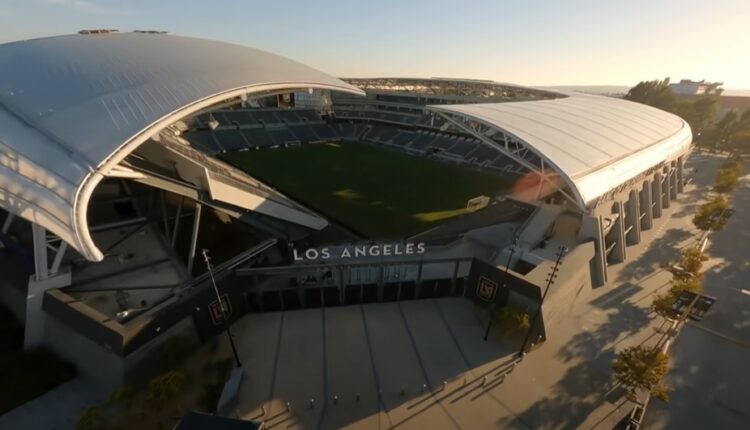 5. Will Kansas Become The New Vegas?

July 1 marks the date that the new wagering law takes effect in the state of Kansas, but that hasn’t stopped the government agencies responsible for implementing the state’s plan from hammering away at their respective things to do lists. Both the Kansas Lottery and Kansas Racing and Gaming Commission (KRGC) are hard at work ironing out all the regulatory details in advance of next month.

The round-the-clock work means ongoing dialogue with the four operators in the state that have made formal applications.  Boot Hill Casino, Boyd Gaming (NYSE:BYD)/Kansas Star, JNB/Kansas Crossing, and Penn National Gaming (NASDAQ:PENN)/Hollywood Casino are the operators that will now start the background check process with the KRGC in hopes of keeping up with lawmakers expectations that the first Kansas sports betting apps to go live during the 2022 football season.

The Final Report from the Commission of Inquiry into Money Laundering in British Columbia was publicly released this week and the findings dealt the province’s casino industry a black-eye.

The 1,800-page report confirmed what many had suspected for years, that large amounts of cash were laundered through provincial casinos between 2008 and 2018. Led by B.C. Supreme Court Justice Austin Cullen, the inquiry spent three years and interviewed almost 200 witnesses. During a press conference addressing the findings, Cullen said “I hope that today will mark a turning point for the way that governments deal with money laundering in this province,” Cullen said during a press conference. “Sophisticated money launderers have used British Columbia as a clearinghouse for laundering an astounding amount of dirty money. Even though we cannot accurately put a dollar figure on the amount of money laundering that takes place, I include in my report that it’s a vast amount.”

One of the over one hundred major remedies suggested in the report was that the province appoint a dedicated anti-money laundering commissioner.

BetMGM (NYSE:MGM) is taking the world of sports wagering to the high seas in hopes of cashing in on a new audience. The sports betting and iGaming operator announced this week a new partnership with Carnival Corporation (NYSE:CCL) that will deliver retail and mobile sports betting to guests of the popular cruise ship brands.

CEO of BetMGM Adam Greenblatt believes the partnership provides a unique opportunity for his brand.

“We’ve found an ideal partner in Carnival Corporation and look forward to providing our sports betting and iGaming products to its millions of passengers,” Greenblatt said in a company press release. “This is another great opportunity for us to further expand BetMGM’s footprint.”

Colorado: Two years into Colorado’s legal sports-betting market, a state audit has found flaws in the system, including issues with background investigations of sports-betting operators, failure to fully measure the accuracy of operators’ tax filings, and money lost to free bets.

DraftKings and BetBlocker announced their collaboration to advance awareness of, and access to, BetBlocker’s acclaimed software. In a first for the gaming industry globally, consumers using BetBlocker are able to set restrictions on their gaming activities across all of their devices at no cost to them, and these restrictions will apply across thousands of gaming sites.

FuboTV Inc. announced it will begin offering pick’em games to customers this weekend, marking a first for the industry and another major step by the company in integrating its streaming service and online sports betting business.

GAN Limited announced that its Board of Directors has authorized an extension of the previously authorized share repurchase program which permits the Company to purchase up to an aggregate of $5 million of its ordinary shares on the NASDAQ Capital Market. The program’s expiration date has been extended to November 30, 2022.

Kindred brand Unibet will exit the German market on 1 July blaming the slow progress of licensing and onerous regulatory restrictions.

NBA season has come and gone but the NBA never sleeps. BetMGM current 2023 NBA Championship odds. The Warriors are the early favorites to repeat and sit at +550.

New Jersey’s casinos, horse tracks that offer sports betting and the online partners of both types of gambling outlets won $430.6 million from gamblers in May, up 15% from a year earlier, figures released Thursday show.

Ontario Lottery and Gaming Corporation, the province’s government-owned operator, has inked a multi-year agreement with Major League Baseball, a professional baseball organization. The agreement will see OLG as the league’s official betting partner.

This deal is notably MLB’s first sports betting partnership in Ontario. Thanks to it, OLG’s Proline sportsbook will be able to distribute MLB content. Furthermore, the agreement will help the operator promote its content thanks to various promotions and social media activations with the baseball league.

The MLB will also power the partnership with its own comprehensive responsible gambling measures. The sports league has vowed to protect the integrity of the game both on and off the field.  Meanwhile, OLG will use its PlaySmart platform to provide bettors with everything they need to make informed decisions.

Love it or hate it, the sports wagering blitz is likely here to stay for a while and if the latest numbers are any indication, it is having an impact. According to an iSpot.TV report released this past week in a nine month period between September 2021 and May 2022, US sports betting operators spent an estimated $282 million on TV advertisements.

That kind of ad spend generated more than 18 billion impressions according to the report. These represented a significant uptick from the previous year and marked a 48.4% in the number of overall impressions.

According to the report, the big winner in the advertising arms race was FanDuel. The company accounted for 34% of the ads and is only likely to see that number get higher after rolling out a fresh set of ads this past week. The company announced on Tuesday a new television commercial, featuring golfers Abraham Ancer, Will Zalatoris, Harold Varner III, and current FanDuel PGA TOUR partner, Jordan Spieth. The spot will launch during this week’s U.S Open and air through February 2023.