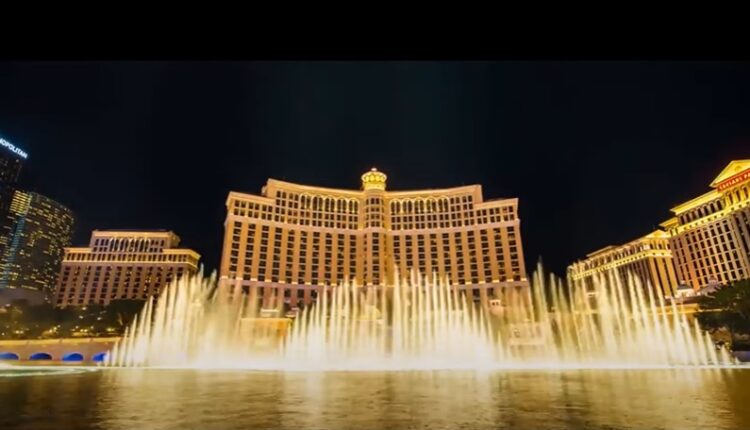 5. DraftKings Opens Up to Wall Street on Investor Day

In an effort to deeper explain its business, which has been weighed down by Wall Street doubters, DraftKings had its investor day on Thursday. The response? Shares were crushed to nearly all-time lows, down 8.6 percent to $21.19 in the first two and a half hours of the trading day. The stock closed down 9.83 percent to $20.91. The stock is down nearly 66.2 percent over the last year.

In its presentation on Thursday, DraftKings said the overall sports betting and iGaming business is bigger than they thought it was, with a total addressable North American market at maturity of $80 billion, up from $68 billion.

Sports betting is currently legal in states that make up 44 percent of the population, and DraftKings currently has a 25 percent share, second only to FanDuel and ahead of BetMGM. DraftKings estimates the top three own an 80 percent share of the online betting market.

Paddy Power and Betfair owner Flutter Entertainment has revealed tumbling annual earnings as it was hit by an “unprecedented” run of punter-friendly sports results. The group, which also owns the PokerStars and Sky Bet brands, posted a 24% slump in underlying pre-tax profits to £620 million for 2021, despite revenues rising 17% on a constant currency basis to £6 billion.

In the UK and Ireland, unfavorable sports results cost the division £232 million in revenues last year, of which £149 million was in the fourth quarter alone. It said in one week last October, 15 out of 16 of the favourites won in the Champions League, which cost the company in hefty payouts.

Underlying operating profits in Flutter’s UK and Ireland business fell 4% to £490 million as the division was also knocked by lower levels of gambling due to the easing of Covid restrictions.

888 Holdings group confirmed they received market access through an official press release. As one of the biggest online betting and gaming companies in the world, 888 is bringing a wealth of experience to this emerging sports betting market.

Arkansas casinos are still hoping to launch their mobile sports betting apps Friday, it could be some time next week before they hit the market.

Coloradans dropped more than $573 million on sports bets in January, the most in any given month since sports betting was legalized in the state and it went live in May 2020, the Colorado Division of Gaming announced Tuesday.

DraftKings has been fined $150,000 by New Jersey regulators for allowing a Florida man to make online sports bets from his home by having a friend who was present in New Jersey place the bets for him.

DraftKings has halted betting on all Russian and Belarussian sports as Russia’s war with Ukraine is entering its second week.

Iowa: House votes 71-28 to make betting on e-sports legal in state. “Cashless” wagering would be allowed at Iowa casinos under legislation that’s cleared the Iowa House.

New York State Sen. Joseph P. Addabbo Jr., D-Queens, has introduced Senate Bill 8412, which would allow bettors to use their smartphones and computers anywhere in New York to wager on table games and slots.

Private equity firm Apollo might be looking to get into the sports betting game. The firm, which acquired Yahoo for $5 billion last year, is in discussions to take Yahoo and merge it with a sports betting property, with the new company keeping the Yahoo name, CNBC reported on Wednesday.

Rhode Island mobile sports betting handle set a state record in January, but casino revenue was down by double-digits percentages for both video lottery terminals (VLTs) and table games. January’s total was the second-best in state history, behind only the $60.16 million wagered in October 2021.

Unibet and Turf Paradise in Arizona are teaming up to open nine retail sportsbooks in the state, the company announced today. Unibet also has a sportsbook lounge at Paradise Casino in Yuma and has launched its statewide mobile platform.

USFL announced that 15 states have approved betting on the upstart spring league. The list of states that have authorized licensed sports wagering on the USFL includes Iowa, New Jersey, Oregon, Pennsylvania and West Virginia.

The Virginia Lottery released its report on sports wagering activity submitted by official licensed operators for January 2022. In the month of January 2022, Virginians wagered $485,544,417, setting a new monthly record for wagering. That is an increase of 14% from the month prior.

WynnBet’s market share of sports betting downloads in the US rose dramatically in February 2022 to 10%, increasing 9% from a market value of just 1% in January 2022 and December 2021.

Kentucky lawmakers introduced a bill that would legalize sports wagering in person and off-site in the commonwealth, if it’s approved. While many already have legalized it, there wasn’t enough support in Kentucky’s General Assembly to approve it in past years. A 2018 U.S. Supreme Court ruling allowed states to legalize sports wagering.

We already have the costs of expanded gaming. Whether it be casinos, whether it be sports betting on our borders or whether it be the offshore accounts that you can access with an app on your phone or the bookies that exist in every corner of this state.

House Bill 606, which was filed Monday, is similar to the bill introduced last year that didn’t make it through the legislature. People would be able to place wagers on-site at licensed tracks, online or via a smartphone. Wagers could be made on professional sporting events, college sporting events, international events such as the Olympics and World Cup Soccer and, after co

A plan backed by Missouri’s professional sports teams to legalize betting on games advanced to the full House Wednesday. The measure, a combined effort of the St. Louis Cardinals, the St. Louis Blues, the St. Louis City soccer club and their pro counterparts in Kansas City, could bring in more than $96 million in revenue to the state and another $10.8 million to local governments.

After years of falling short, the proposal emerged from the House Special Committee on Public Policy on a 4-2 vote.

Under the plan, each of Missouri’s 13 casinos could offer wagering on sports, including college sports, while the teams also could offer betting at their stadiums through partnerships with sports betting websites like FanDuel and DraftKings. The revenue estimates are based on fees paid by the teams and companies and a 10% tax rate on bets.