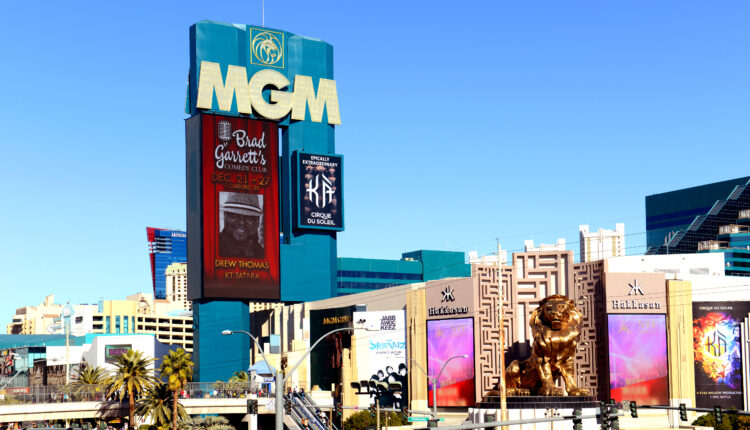 MGM Resorts International is an American hospitality and entertainment company. However, the Metro-Goldwyn-Mayer abbreviation, MGM, was initially used for one of the most popular and well-known movie studios. It operates in Las Vegas, Massachusetts, Detroit, Mississippi, Maryland, and New Jersey. Some of its famous resorts include the Bellagio, Mandalay Bay, MGM Grand, and Park MGM.

Despite the prestige typically associated with MGM, MGM Resorts International’s stock may be overvalued.

Unfortunately, MGM Resorts International’s stock (MGM) shows multiple signs of being significantly overvalued. Currently, the stock is valued at around $40 to $45 per share with a market cap of $21 billion. However, it should be valued much lower given several factors.

When a stock like MGM Resorts International is overvalued, the long-term return on its stocks is often lower than its future business growth. Investing in companies like these with poor financial strength presents a much higher risk of permanent loss of capital. So, it is essential for investors to carefully review their financial stability before deciding to buy their stock.

In MGM Resorts International’s case, the company has a cash-to-debt ratio of .29. This is in the middle range for companies in the travel and leisure industries.  It is much less risky for investors to put their money into profitable companies, particularly those that have consistent profitability. Any company with high-profit margins is going to be a safer investment than those with lower profit margins.

Over the past decade, MGM Resorts International has only been profitable for five of the ten years, which is not ideal. Within the last 12 months, the company had revenue of $4.6 billion and a loss of $4.36 per share. MGM Resorts International’s operating margin is -45.14%, ranking the company as worse than 72% of the other companies in the travel and leisure industries.

Of the many metrics for valuing a company, growth is the most important. The faster a company grows, the more likely it is to create value for its shareholders. The three-year average annual revenue growth rate for MGM Resorts International is -17.6%, which ranks the company 66% worse than others in the industry. Even MGM Resorts International’s 3-year average EBITDA growth rate stands at -44.9%, ranking them in the bottom 10% of companies in the industry.

For more updates on businesses, stocks, and investments, check back in with the Dales Report!

Braxia and KetaMD, CEOs McIntyre and Gumpel Speak on Acquisition