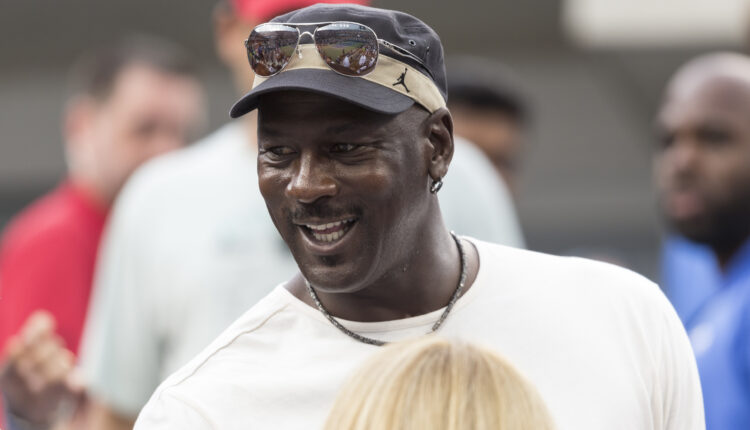 Welcome to TDR’s review of the Top 5 sports betting stories of the past week. Aside from presenting a synopsis of events, we provide commentary to break down the significance of each to investors. TDR is committed to maintaining in-depth market coverage of the most newsworthy events the sports betting space has to offer.

5. Man Jumps Onboard
DraftKing’s investors received a nice surprise Wednesday when stock prices began to soar following the signing of a new “special advisor.”
Stock prices saw a 14% increase when Michael Jordan, arguably the largest name in sports, announced that he would be joining the Boston operator as a special advisor on the board of directors.
DraftKings CEO Jason Robins shared his excitement for having the GOAT onboard in a press release, stating that “Michael Jordan is among the most important figures in sports and culture, who forever redefined the modern athlete and entrepreneur.”
“The strategic counsel and business acumen Michael brings to our board is invaluable, and I am excited to have him join our team.”

Jordan, an avid gambler himself, is not new to the space, as the Hall of Famer also heavily invested in sports betting data provider SportsRadar, a company that is rumored to be eying a public debut themselves.

4. Wrigley Field To Open A Sportsbook?
DraftKings made more news in the Chicago market following their agreement with Bulls legend Michael Jordan when they became the official sports betting partner of the Chicago Cubs Thursday,. In doing so, the group announced their plans to open a sportsbook in the famous Wrigley Field ballpark.
DraftKings entered the local market in August via a partnership with the Casino Queen, which saw them open their first retail sportsbook in the state prior to their online platform.
Illinois state law allows sportsbooks to exist in a maximum of seven pro sports venues. Operators would also be asked to pay out a $10-million fee for licensing rights to operate within these properties. As of now, no group has successfully opened a shop in any of the state’s professional sports venues, but if successful, DraftKings could gain a marketing advantage in becoming a staple inside the city’s most iconic stadiums, all while working with the most famous athlete to play in the region.

3. BetMGM Lands Third NFL Team Partnership
The Detroit Lions joined the Las Vegas Raiders and Denver Broncos in partnering with BetMGM this week, making them the third NFL team to do so.
BetMGM already has a presence in the city via the BetMGM Sports Lounge inside of the MGM Grand Detroit, and this move plays right into the group’s desire to partner with the region’s largest sports franchises. Australian competitor PointsBet already has a deal in place with the MLB’s Detroit Tigers.
While mobile sports betting remains unavailable to Michigan residents, estimates predict that it could be available by the end of the year or in the early months of 2021. This partnership positions them in a way that could give them an advantage in the rush to signup new players once this market becomes available.

2. Six States Eying Potential Legislation in 2020
Shortened legislative sessions brought on by COVID-19 undoubtedly slowed the continual spread of regulated sports betting but per the American Gaming Association, six more could see the practice approved prior to the end of the year.
Massachusetts, New York, and Ohio all technically have space available on the legislative calendars to work the initiative into the mix, and with each state having expressed a desire to pursue legalized wagering in the past, it is not unlikely that at least one of these will push something through.
Lousiana, Maryland, and South Dakota are also in the mix to see the market opened, but the decision will ultimately fall on voters this November.

1. Connecticut Stalemate
Tribal sports betting exclusivity continues to lead to contentious discussions for state legislators hoping to open the doors for a more competitive market and increased profits.
At the moment, legalized gaming is only permitted within the Mohegan Sun and Foxwoods Casinos, both tribal-owned entities. While many groups have fought for the rights to enter the space, the Indian Gaming Regulatory Act continues to be a roadblock for potential operators.
Where legislators and gaming companies are keen to engage in discussions to advance the practice of sports betting in the state, Tribal claims of exclusivity see them unwilling to negotiate outside of their own terms.