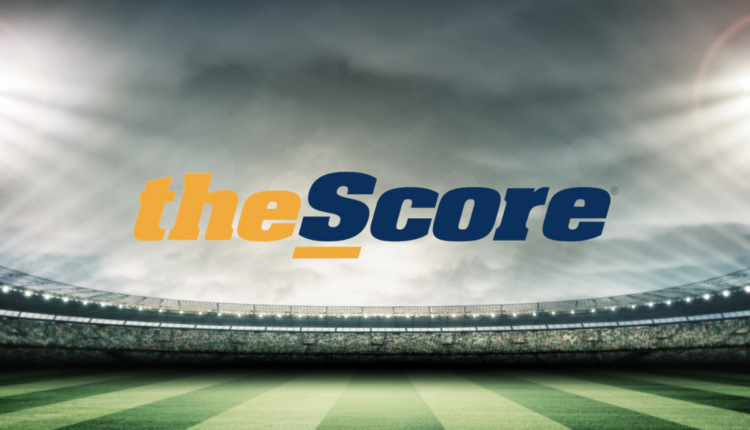 America’s sports betting brands dominated the Wall Street markets in 2020, but while DraftKings and Penn National are catching all of the headlines, Canada’s theScore is proving to be one of the strongest performers in the financial market.

Up nearly 900% over the last four months, theScore doubled its share value in February despite reporting $7.3 million in EBITDA losses in 2020’s closing quarter alone.

While the losses were real, it was the 535% year-over-year increase in betting handle on the quarter that saw investors continue to buy into the brand.

Analyst Suthan Sukumar of Eight Capital pointed to the $44 million Q4 handle as proof that theScore was making strides in gaining valuable market share, and that the brand is positioning itself for another breakout year.

“That demonstrated the betting platform is real,” stated Sukumar. “That the theory of a betting and media platform was actually gaining real traction. That was important as they hadn’t shown material handle growth before then.”

The analyst continued by touching on the fact that the growth, while driven by the emergence of new markets, was also largely seen due to growth in existing markets.

“Combine that with the prospect of entering more states and the US regulatory backdrop accelerating, that opportunity is becoming more real.”

Currently only traded on the Canadian exchange, theScore now eyes an entrance into the US market. To help aid the move, the group has announced that they will reverse-split their stocks in a 1-for-10 move granting shareholders one additional share for every ten currently held. This will see share prices rise, but the brand’s market capitalization and the stake value of investors will not change.

Details were made clear in a statement released by theScore.

“The consolidation has taken effect on February 11, 2021, and the Class A Shares are expected to commence trading on the Toronto Stock Exchange on a post-consolidation basis beginning at the open of markets on February 18, 2021.”

Having recently made the move from the Toronto Venture Exchange to the Toronto Stock Exchange last September, theScore is betting that a NYSE or NASDAQ launch will see them tap into a new group of potential investors.

The larger pool of investors means more capital and an increased likelihood of favorable lending from top banks who cater to reputable brands traded on the world’s largest exchange.

We have seen dual offerings in the gaming space before, and it has quickly become evident that the US markets often place much higher values on this industry than other trading markets.

Poised to become the leader in the Canadian betting space when the country finally removes the ban on single-game wagering, access to additional funding only further increases their odds to fend off the advances being made by their US competitors, like DraftKings, who are already setting their neighbors to the north in their sights.

“It’s the only real media and betting platform that’s actually working,” added Sukuamar, highlighting that while many US brands might have advantages in the advertising and marketing departments, theScore is beating them in the area that could be most difficult to corner.