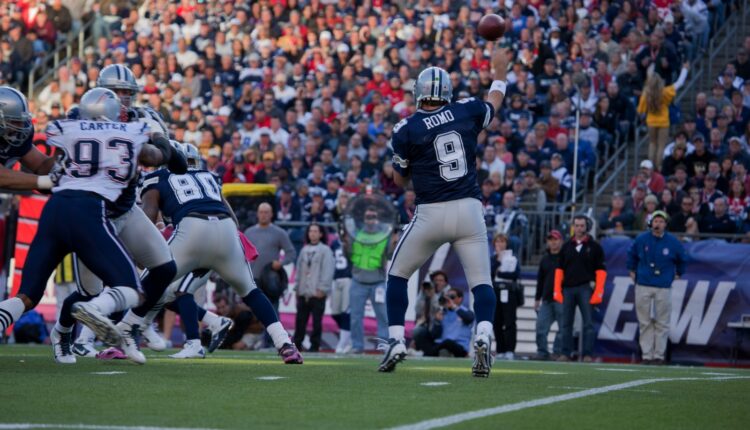 Have you ever dreamed of having a glimpse into the future? Sports gamblers certainly do. And if you grew up in the ‘80s or early ‘90s, Back to the Future 2 took that fantasy to the next level. Remember when bully and villain Biff Tannen gives The Grays Sports Almanac to his 1955 younger self? The book contained all of the statistics one would need to place winning wagers on events that would occur in the future. As a result, the future Biff becomes rich (until of course, Marty McFly restored order).

Wouldn’t that be amazing, to have an extra level of knowledge on the outcome of the game? While time-travelling DeLoreans have yet to materialize, for gamblers in 2020, in-game wagering may be the next best thing.

In-play betting first appeared towards the end of the 1990s when some bookmakers would take bets over the telephone while a sporting event was in progress.

With rapid advancements in technology, sportsbooks around the world began to realize that closing the action at the start of a game made little sense and in an effort to maximize profits they introduced in-game or “live” wagering.

Live wagering fits perfectly into the culture of North American sports; from the love and consumption of live stats to the structure of the games themselves. Fans have come to expect minute-by-minute updates, with rich statistical and visual content, offering gamblers a new avenue to make money.

The leagues love it as well. In-game bets maximize fan engagement by making every shot count. Engagement is the key buzzword to professional sports league owners and commissioners such as Adam Silver, who runs the National Basketball Association and has led the charge for legalized gambling for about five years. Fans “want to bet throughout the game, so they’re betting on quarter scores, on particular players, on free throws and everything else, and independent of whatever revenue stream comes from licensing our intellectual property to those gaming companies, it results in enormous additional engagement in fans,” Silver said at a 2017 panel on gambling.

When following a game, fans can move a step further and apply their knowledge through the quick-fire gamification that live betting offers. With odds on engaging bets like the number of points scored in the next five minutes and who will win the race to 5, 10 and 15 points, extra excitement is added to small periods inside of a full game. Suddenly, each pass and foul become a lot more meaningful.

The numbers back that up, the online sports betting company Bet365 reported that 80% of all their sports betting revenue is derived from in-play bets alone. The introduction of in-play betting has allowed bookmakers to increase the number of markets available to bet on during sports events, and gamblers are able to place bets based on many different types of in-game activity during the matches.

On the business side of things, the in-game market will be part of a continued upward trajectory of companies like DraftKings (NASDAQ: DKNG) whose CEO Jason Robins realizes the newly public company could realize major opportunities going forward in the lucrative in-game betting market. In a recent interview with Barron’s, Robins said bolstering live wagering offerings is a top priority for his company.

“In the U.K., in-game is about 75% of the revenues at sportsbooks, and here it’s much lower,” he said in the Barron’s interview. “You can bet on almost anything in an EPL (English Premier League soccer) game, including who will get the next yellow card. Arguably, US sports like baseball are better built for this because of the stoppage in play.”

Robins and DraftKings saw firsthand the success of in-game wagering during “The Match” golf tournament last month. The company aired live odds during the entire contest between Tiger Woods, Peyton Manning, Phil Mickelson and Tom Brady. It was the company’s biggest golf event to date, generating double the handle of its next-highest golf competition according to Barron’s.

The incoming world of 5G will enable big innovations for in-game sports betting and bring online gambling to more people. It is likely to take the in-game experience to the next level and allow sport fans and gamblers alike to become more a part of the game than ever before.