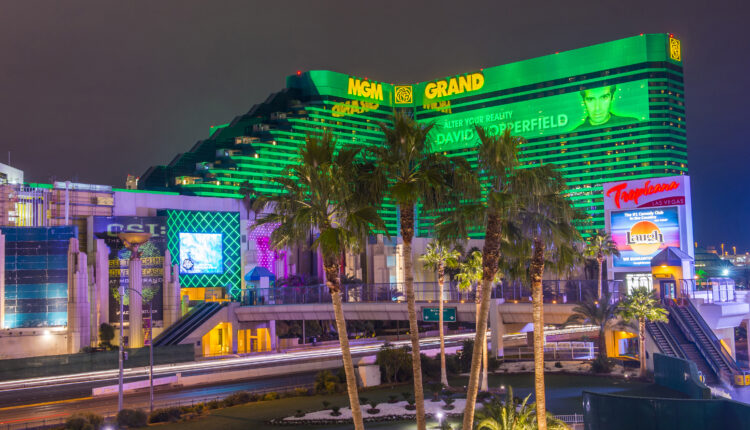 As BetMGM continues its push for a larger market share in the North American sports betting market, the brand’s parent company GVC Holdings (LSE:GVC) is working behind the scenes to catch the eyes of investors looking to cash in on the financial markets.

The group’s BetMGM online sports betting app was released in 2018 as a partnership between GVC and MGM. The wagering application is currently live in eight U.S. states, but could reach 11 by the end of the calendar year.

With an estimated 17% of market share in their current jurisdictions, a Positive Q3 earnings reports saw GVC boast that the brand was positioned to become the leading operator in the American online betting space.

GVC execs went on to project that the U.S. online betting market would be worth more than $20 billion before 2025.

GVC Holdings shared yesterday that the brand had managed to keep their position as a member of the European Dow Jones Sustainability Index (DJSI).

This position is granted to those who pass an annual review set to measure a brands commitment to operating responsibly, an achievement GVC has now earned over three consecutive years.

Where European gaming regulations are notoriously strict, investors should note that GVC Holdings is the only gaming company to currently hold the distinction of a DJSI membership.

The DJSI was launched in 1999 to serve as the bar by which brand sustainability is measured as it relates to environmental, social and governance standards. Using a complex 600 data point evaluation, BetMGM’s partner easily met the mark to further establish itself as a key player in today’s global market.

Market expansion and with lockdowns forcing many to turn to mobile apps to cure their betting fix both point to this stock being one likely to grow over the next calendar year.

Where MGM (NYSE:MGM) reported that all casino properties were open and operational by September 30th, further threats of lockdowns brought on by COVID-19, could lead to a long winter.

Where the Q3 numbers reflect losses, they are actually an improvement from the 90% decline in revenue reported over the Q2 timeframe. Q2 impacted nearly all gaming brands, as it saw the cancellation of March Madness, and delayed both the NBA and NHL playoffs, Kentucky Derby and the start of the MLB season.

Sportsbooks consider March Madness to be one of the most profitable runs of the year, and no time is harder to find space in a brick and mortar sportsbook than late March.

With the NFL season passing the halfway point, investors should wait for vaccines to hit the market and keep an eye on the sporting calendar. If the U.S. appears to have a better handle on the COVID-19 situation, and the March sports calendar looks intact, the Vegas Strip could find itself flooded with bettors and tourists alike.