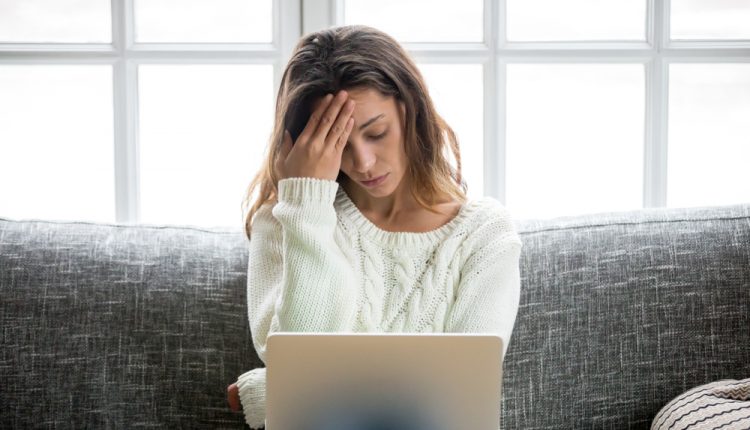 Canada’s increasing debt problem and what that means for you

The number of Canadians filing for insolvency jumped by 19 per cent in September from the year before, amounting to 11,935 consumers who were unable to meet their long-term debt obligations. The escalating rate of filings is at its largest in about ten years, drawing concerns as these spikes tend to precede an economic crisis.

The last time this rate rose this quickly was prior to the Great Recession in 2008/2009, which was triggered by a subprime mortgage bubble bursting in the U.S. residential real estate market. Insolvency experts warn that these recent figures may be a canary in the coalmine for a consumer debt bubble implosion.

In a near-zero interest rate environment and record low unemployment rates, these insolvency figures left many economists perplexed and speculating that the data may reflect a fringe group of Canadians that had over-extended their credit, but not a general problem. With other data that should reasonably point to the country experiencing a more bullish economy, such as a low mortgage arrears (falling behind on mortgage payments) rate of 0.23 per cent and delinquency rates, economists are having trouble putting a finger on what might be causing this uptick.

The reasons behind the data aren’t lost on the licensed insolvency trustees at Hoyes, Michalos & Associates Inc., an Ontario-based debt relief firm. The company regularly releases an annual bankruptcy study called “Joe Debtor” outlining the various reasons their clients file for insolvency. According to their latest report, financial mismanagement was the largest cause with a rate of 61 per cent, far outpacing other event-driven causes. Financial mismanagement is a very general term and largely applies to over-extending credit and incurring unexpected expenses that Canadians are ill-equipped to shoulder. Once Canadians hit the wall, they either file for bankruptcy or a consumer proposal.

The firm’s manager of consumer insolvency, Scott Terrio, walked The Dales Report through some of the more common unexpected expenses that most Canadians face, citing costs like upfront payments for childcare, car repairs and health problems that are not covered by Canada’s universal healthcare as cases that put Canadians in hot water. Not having the means to cover them – particularly when consumers are hit with multiple expenses in a short window – means that Canadians are forced to increasingly rely on credit or payday loans.

“[Canadians] don’t have a nest egg saved with which to weather these blips,” Terrio explained, “This is why the importance of savings is such a big deal because you might be able to weather one of them, but maybe not two or three.” The household savings rate in Canada currently stands at 1.7 per cent according to Statistics Canada, which is amongst the lowest it has been in ten years.

Real life scenarios faced by insolvent clients aren’t necessarily cases that could have been out-maneuvered by improved financial literacy, it’s largely a symptom of having less money to work with at the end of the month after covering elevated living expenses. These are the trends that don’t make it into general stats and economists don’t see. “What they don’t get at is what happens in households. People living paycheck-to-paycheck can only do that for so long. It doesn’t matter if unemployment is low – you don’t need to lose your job to be in trouble.”

What changed in recent years that makes an escalation like this happen, according to Terrio, is the housing boom: “Housing is killing people… If you look at how much rent is now than it was seven years ago and look where the biggest insolvency increases are in order: it’s Alberta, Ontario, British Columbia and Quebec. They’re the biggest urban provinces.” Insolvencies run on an approximate one or two-year lag time before a consumer decides they need to act, showing that this run-up comes about two years after the housing boom.

The acceleration of rents in major markets and high costs of home ownership mean that more residents have eroding disposable income. According to DBRS Morningstar’s Q2 Consumer Credit report, the debt-to-personal disposable income (PDI) stands at 176.3 per cent, which presents a staggering 106.4 per cent growth relative to the Q1 1990 level.

Cited trends like low mortgage arrears and delinquencies may provide a false sense of security as mortgage loans tend to be the last debt that Canadians default on. The home owner clients that Terrio meets also tend to be current on their mortgage payments.

Terrio goes further to suggest that the uptick we’re currently seeing may be the beginning of a larger wave, largely due to the evaporating stigma surrounding bankruptcy and proposals, as well as Canada not facing its “natural reckoning” in 2014/2015. In normal market cycles, it takes about four to five years for consumer debt to build up. Coming off of the global financial crisis ending in 2009 and 2010, the year 2014 would have been the natural insolvency filing, debt-deflating period. Terrio described a low interest rate environment and booming housing and stock market as the artificial causes that spared Canada of a recession then, only to have the consumer debt bubble expand to unsustainable levels in recent years. “I think this is twice what a normal peak would be and the consumer debt bubble is so big now. This isn’t going to be a normal run.”