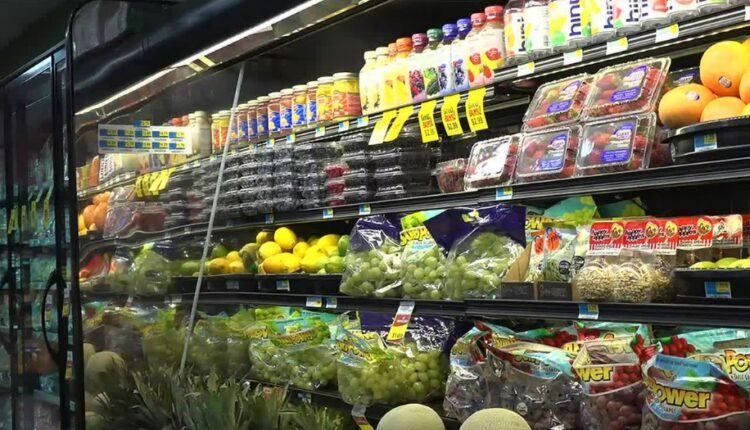 Canadian CPI is on the verge of breaking another multi-decade high when StatsCan reports May numbers on June 22, according to Bank of Montreal Chief Economist Doug Porter. If it prints as expected, the consumer price index will reach its highest monthly print since February 1983, when CPI reached 7.58% for the month.

The prediction was recent made in BMO Economics Inflation Reality Bites publication. The bank believes that lead by an expected a 12% pop in gasoline prices—which would translate into a roughly 1% increase in the final Canadian CPI monthly calculation—May CPI could rise to 7.4%.

The Consumer Price Index (CPI) represents changes in prices as experienced by Canadian consumers. It measures price change by comparing, through time, the cost of a fixed basket of goods and services.

The goods and services in the CPI basket are divided into 8 major components: food; shelter; household operations, furnishings and equipment; clothing and footwear; transportation; health and personal care; recreation, education and reading, and alcoholic beverages, tobacco products and recreational cannabis. CPI data are published at various levels of geography including Canada, the ten provinces, Whitehorse, Yellowknife and Iqaluit, and select cities.

Bank of Montreal chief economist Doug Porter also expects that if Canadian CPI comes in hotter than even their forecasts predict, it could be enough to convince the Bank of Canada to “unleash” an extraordinary 75 basis point rate hike in July. This would be the first such rate hike since 1994 and would bring the country’s policy interest rate to 2.25 percent.

Trading in overnight swaps now suggest there’s an 80% chance of a three-quarter-point hike at the Canadian central bank’s July 13 decision, according to BNN Bloomberg.

Annual Inflation Rate On Track For Its Highest Reading Since 1981

Already in 2022, annual inflation is on track to reach the highest yearly total since 1982, when inflation reached 10.79%. Recession triggered by tight monetary policy and rampant inflation forced Central Banks in the United States and Canada to steeply raise interest rates. In today’s paradigm, high inflation is many being caused by high sovereign indebtedness, elevated energy prices and supply chain problems caused by the COVID pandemic and geopolitical issues.

The Fed Funds rate, which is the rate banks charge each other for overnight loans, would eventually peak at 20% in June 1981. While the prime rate—the interest rate that banks and lenders use to determine for many types of loans and lines of credit—topped out at 19.29% in Canada.

As the numbers above indicate, today’s high inflation environment is a dramatic paradigm shift from what Canadian consumers have experienced in recent times. Prior to 2021 when annual Canadian CPI finished at 3.39%, the consumer price index hadn’t printed above three percent on an annual basis since 1991. In practical terms, the Bank of Canada has been wildly successful in keeping inflation at the 2 percent midpoint of an inflation-control target range of 1 to 3 percent. If anything, the BoC has periodically struggled to keep Canadian CPI within the bottom end of the range.

The inflation-control target was adopted by the Bank and the Government of Canada in 1991 and has been renewed several times since—most recently in October 2016 for the five years to the end of 2021. The Bank raises or lowers its policy interest rate, as appropriate, in order to achieve the target typically within a horizon of six to eight quarters—the time that it generally takes for policy actions to work their way through the broader economy and affect its inflation directives.

Looking Ahead In The Macro Market—Stock Market Preview For The Week Of June 27, 2022