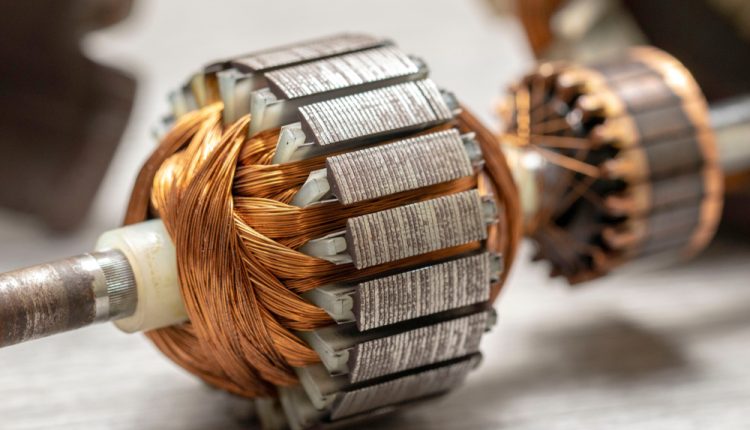 With Renewable Energy “In,” Copper May Be the Metal of Choice

While 2019 was a bumper year for gold investors, the yellow metal sailing to unprecedented highs due to rumoured Federal Reserve cuts and strained USA-China relations, copper is poised to become the metal of choice for 2020.

Copper is an efficient conductor of both electricity and heat. It has become an important component in renewable energy systems. Copper is utilized globally to help generate hydro, solar, thermal, and wind energy.  The efficiency of copper aids in the reduction of CO2 emissions and reduces the input required to produce electricity.

As the world turns more towards base metals to run our smartphones, computers, and other technology, base metals may become as important as oil is now. As the demand for electric vehicles rises, so does the need for metals required to build renewable energy devices, such as batteries and the motor components for them.

As the world’s factory, China’s companies produce a huge range of goods, with a resultant voracious appetite for metals and minerals.

According to InsideEVs.com, scientists are predicting more and more demand for ‘the new precious metals’:  “One recent assessment concluded that expected demand for 14 metals—such as copper, cobalt, nickel, and lithium—central to the manufacturing of renewable energy, EV, fuel cell, and storage technologies will grow substantially in the next few decades. Another study projected increases in demand for materials between 2015 and 2060 of 87,000% for EV batteries, 1,000% for wind power, and 3,000% for solar cells and photovoltaics.”

Leaders in copper production, such as Freeport-McMoRan (FCX), have begun a trial using artificial intelligence (AI) and machine learning to use data collected from sensors to customize the processing method for each of the seven varieties of ore from their Arizona-based mine.  Innovation like this has placed Freeport-McMoRan in the InvestorPlace.com Best Stocks For 2020 contest. Editor Eric Fry says, “The company is now planning to roll out its new technology across all of its operations in the Americas. By doing so, Freeport expects to increase its annual copper production by a hefty 5%.”

Mining in China is also expected to come out strong. With a weaker U.S. dollar and new technology, copper stocks are expected to soar.

[According] to most forecasts for the copper industry, the current supply deficit will not merely persist during the next few years; it will grow much larger.

China’s need for copper will grow

Mining Beacon suggested, “As the world’s factory, China’s companies produce a huge range of goods, with a resultant voracious appetite for metals and minerals. Although the focus of the country’s economy is moving from manufacturing to services (under the 2016-20 Five-Year Plan), China will remain a major consumer of metals, and a significant force in the global mining sector. Indeed, the current strategic plan (the country’s 13th) is described as a “decisive battle” for the nonferrous metal industry and incorporates a ‘Made in China’ initiative. It is intended that strategic industries will be built in national defence, science, and technology.” According to Mining Beacon, China’s leading mining companies include state-owned Jiangxi Copper Co., one of the largest copper producers in mainland China.

The time to consider investing in copper as a commodity may be now. “Supply deficits are a second factor that could push copper prices higher. For most of the last few years, the global supply of refined copper has been falling slightly short of demand. But according to most forecasts for the copper industry, the current supply deficit will not merely persist during the next few years; it will grow much larger,” adds Fry.