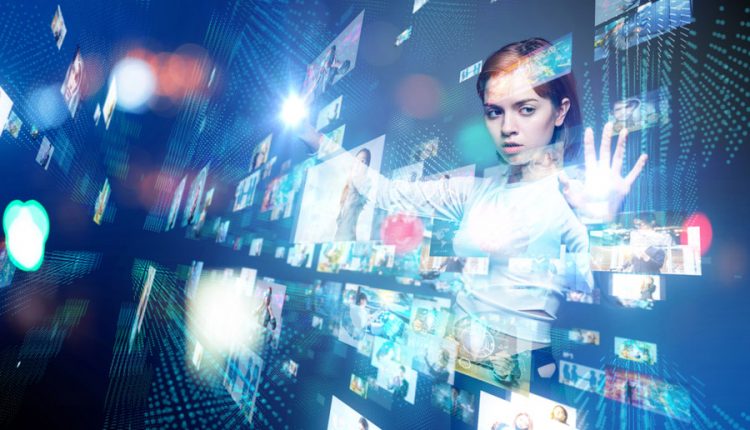 Hologram Technology is Changing the Face of Entertainment

We’ve all seen the unbelievable advertisements – live concerts headlined by a dead performer. The pace of VR, AR and hologram technology is moving rapidly, and consumers are demanding experiences to capture and keep their attention.

According to MusicTech.net, British Phonographic Industry Ltd. CEO Gennaro Castaldo the sky’s the limit when it comes to visual effects. “It’s so exciting that artificial intelligence (AI), virtual and augmented reality, CGI and holograms all have the potential to keep enhancing and evolving the music experience.” MusicTech adds, “From mind-warping visual effects to advanced 3D projections, our live-entertainment universe is expanding at a rapid rate. As Gennaro suggests, there will soon be no limit on what—and who—we can pay to see, living or dead.”

Here are three players to watch transform hologram technology into the 2020’s.

While we’re starting to see holograms in live music concerts or as an ethical way to show circus animals, it can also be used to create artistic images in mid-air. Japanese company Aerial Burton creates holograms that can bounce light without the need for water, smoke, or walls. They use laser plasma technology to create 3-D text and images that sparkle in the air. The company hopes to market this for natural disasters or war situations, where messages can be projected to help people find food and shelter, but it can also be used for presentations, shows, or conferences.

“The big difference is that this is a screenless display,” said Akira Asano, director, in a TechXplore article. “The images are constructed by firing a 1kHz infrared pulse laser into a 3D scanner, which reflects and focuses the pulses of the laser to specific points in the air. The molecules at that point are ionized, and the energy is released as photons.”

Music fans will remember when holograms of rapper Tupac Shakur and singer Michael Jackson appeared on stage at sold-out concerts. The company behind the hyper-realistic holograms was London firm MDH Hologram.

“Soon hologram concerts and movies will be the norm. We already have people hologramming themselves into business conferences and we’re working on the first hologram restaurant, where you order food from a hologram waiter,” said Harry Singh, Technical Director, in an interview with The Sun. “As long as you have the necessary “box” to project the hologram in to, the opportunities are endless.”

From the business focused side of hologram technology, thought leaders like publicly traded Canadian company ARHT Media Inc. (TSXV: ART) work to provide HumaGrams. They describe their technology as, “interactive human holograms generated using Augmented Reality Holographic Technology (ARHT), allowing its customers to interact and conduct real-time e-commerce with consumers, as well as to provide analytics back towards retailers through the platform.”  This platform can be used to offer hologram use for seminars, meetings, education, conferences, and even trade shows.

At the pace holograms are becoming an experience-maker for consumers of live entertainment or professionals alike, waiting on this opportunity would be unwise. Bullish investors should put their money on hologram focused companies before this technology becomes the norm.