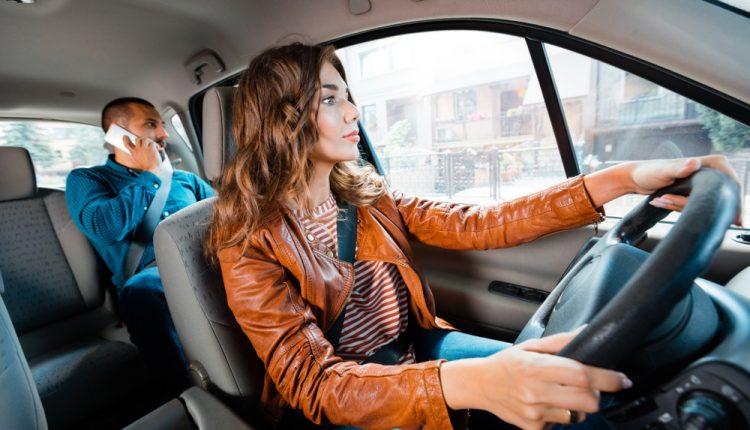 For Better or Worse, More Millennials are Finding the Gig Economy a Necessity

Canada’s job market has shown a weakening supply of stable positions, even reporting that as many as 71,000 jobs were lost in November. The unemployment rate increased to 5.9 per cent according to Statistics Canada. In this precarious work environment, more millennials are relying on the gig economy, transforming the nine-to-five workday to a 24/7 work life so that Canadians can get ahead of – or even keep up with – growing costs.

According to a report by the Angus Reid Institute, more Canadians between the ages of 18 and 34 engage in gig work, with 39 percent of men in that range either currently working in the gig economy or who have worked a side job in the past five years. For women, this figure went up to 45 percent, representing almost half of those surveyed.

It isn’t a coincidence that gig workers tend to fall in a younger age group. The Dales Report recently described financial challenges confronting the millennial demographic which included record-high tuition rates, soaring costs of living, and a lack of reliable work that pays a supportive income.

Consumer insolvency expert Scott Terrio described a younger, freelance-working clientele in his office at the Ontario-based debt relief firm Hoyes, Michalos & Associates. To pay down debts or keep up with rising expenses, many millennials are balancing multiple jobs.

“I feel like as a teenager I had no choice but to accept crappy jobs and put up with bad employers and working conditions, and now I don’t have to. ”

“I would say that most of the millennials I meet have another thing going – even if they are fully employed,” Terrio explained, adding that despite the good intentions of taking on additional work, it can also land them in hot water come tax time. Each employer only deducts the income tax from the salary provided by them, meaning if someone works three separate jobs, there are three separate tax deductions. However, the combined income will likely knock the worker into a higher tax bracket, meaning they owe more to the government than deducted by the employers.

Another issue that gig workers face is the lack of worker’s rights, a problem that organizations like the Canadian Union of Public Employees (CUPE) and Fight for $15 & Fairness have been targeting. They told the Dales Report that as employees of large freelance companies and platforms such as Foodora and Uber, employees should be properly compensated and empowered to stand up to workplace abuses. Organizations and gig workers argue that there is still much ground to break to make the gig economy a fair and equitable workplace.

The Dales Report spoke with gig workers from various industries and backgrounds. The general consensus is that the gig economy is merely what you make of it:

Many millennials see it as a temporary measure before they find more stable work, like Mitchell, a recent graduate in the process of earning his teaching certification. Ridesharing had been his way to cover costs (which included relocating to Dallas) while applying for teaching and coaching jobs in the area.

One main benefit, besides being a “main support system,” is that the role seamlessly fits into his schedule. “It’s never a hassle for me, because if I don’t want to drive, I won’t.” That said, Mitchell doesn’t see himself in ridesharing for the long-run: “Once I receive a job at a school in my area. I’ll probably never uber again.”

In some cities, there is more of an opportunity for gig work. Sam from Pullman, WA, is a Gen Z-er in the gig economy. Sam represents an upcoming generation of workers where the gig economy will be a normalized concept. He lives in an area where students don’t drive, providing an opportunity for him in the ridesharing space, as well as an escape from traditional office space.

“The more I thought about it, the more tempting it was to drop my old traditional job that was, in plain terms, sucking the life out of me,” he explained. “I’ve never really fit in in any traditional-style workplace.” His previous job provided no benefits, no control over his schedule, and was emotionally taxing.

He isn’t the only one pursuing this paradigm. Sam described other friends either taking on seasonal work or a side job. He’s thought of pursuing higher education or a full-time, traditional job, though he has some reservations: “I feel like as a teenager I had no choice but to accept crappy jobs and put up with bad employers and working conditions, and now I don’t have to, so I can be more picky.”

It’s not just  millennials who picked up gig work: Beau Humphreys, a personal finance expert and host of The Personal Finance Show, found it to be a useful tool to maintain his income during the interim period while he determined the next chapter of his life. He took a break from full-time work two years ago to pursue personal financial coaching and blogging. According to Beau, ridesharing for Uber gave him the flexibility to balance work and caring for a baby with his wife, who is studying at medical school. Beau has been able to work a few food delivery airport runs into his morning routine.

Despite the flexibility, there are drawbacks: “Oh, [ride sharing is] absolutely unstable. I’ve heard of drivers getting deactivated for one bad review,” he explained. “I knew going in that this would never be something I could rely on. It’s a bad thing if it’s a primary source of income, which it really shouldn’t be.”

Despite the flexibility that gig work affords, it can potentially be just as unstable as any other job. “Flexibility is great as long as you understand that the price you pay is instability. The workaround is to have many sources of income available to you and have many options on any given day, week or month.”

“I knew going in that this would never be something I could rely on. It’s a bad thing if it’s a primary source of income, which it really shouldn’t be.”

Some have fully embraced the gig economy and its opportunities, like Jim from Toronto. Starting as a writer for freelance platform Upwork during the hours after work, Jim earned approximately $5,000 in the first year, and then he turned it into an average of $20,000 in extra income two years later.

The business became so lucrative, in fact, he halved his day job work hours to have more time to pursue freelance writing. He continues to work both jobs, though he estimates that not entirely quitting the regular job outright has cost him about $50,000 in potential revenue. Jim even considered hiring others and starting a bit of a business, showing that the gig economy may have the side effect of making millennials more entrepreneurial.

The greatest benefit of the gig economy for Jim is the safety surrounding it, provided the gig worker has enough clients to support their business. “Everybody seems to think that a full-time job is safer because it’s more traditional, but to me it seems a lot riskier. You can be laid off practically any time, for really a wide range of reasons,” explained Jim. “Having 5 or 10 clients who add up to a full-time wage makes me feel like I’ve diversified my income to protect me better. If one company is going through a tough time, I lose 10 percent of my income, not 100 percent.”

Where Canadians Stand in the Gig Economy

The growth of the gig economy may by symptomatic of an unstable job market and lack of reliable, full-time opportunities for younger people. Terrio pointed out this divide with his clients filing for insolvency: “The younger, the more prevalent that is, just because of the lack of long-term stable employment for people in their 20’s. When I was in my 20’s, you finished university and you got a job at some big company.”

However, this paradigm shift has given some millennials more control over their income and a safety net when traditional employment was unreliable. Whether the gig economy is a “good thing” or “bad thing,” it’s becoming clearer that this line of work is less of an elective and more of a necessity for a growing demographic of young, cash-strapped Canadians.