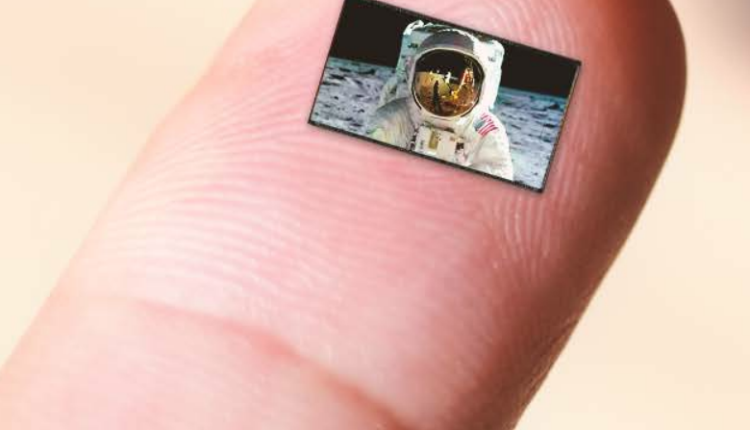 Few can ignore how reliant humanity has become on technology. Billions are glued to their screens daily, whether by mobile phone or desktop. As the symbiotic connection between humans and machine tightens, some deep tech engineers attempt to make that bond seamless.

Notably, the brain/computer interface has already been operational for decades, with Elon Musk’s Neuralink taking the world by storm by demonstrating their version on pigs, with the promise of the eventual rollout on humans. However, there is undoubtedly a bridge between where we stand today, as humans using computers, to where we will be in a couple of decades, the inevitable cyborg future.

That bridge is augmented reality technology. A seamless interface inserted in glasses or contact lenses, whereby using a computer becomes a voice-activated task with the screen seamlessly in your line of vision. Google predicted this future a decade ago and introduced the world to Google Glass. The world gave them the cold shoulder.

The glasses were aesthetically unappealing, wildly expensive at $1,500 a pair that was available for beta testers referred to as “explorers”. Most concerning was they were banned from venues like restaurants and cinemas due to privacy concerns. The inventors decided that the forward-facing camera was necessary for the product. This turned out to be a grave mistake that contributed to the failure of the technology.

So began the slew of wearable technology glasses that would all prove rejected by the market. The Microsoft Hololens retails at $3,500, far from the average laymen’s technology. Additionally, its chunky design disqualifies its seamless augmented reality utility, as it veers more towards a standard VR headset, competing with the $300 Oculus 2 by Facebook.

Magic Leap made waves in 2017 when it was leaked that the stealth startup had met with some of the most successful CEOs and tech billionaires including Tim Cook. They proved highly successful in raising venture capital funds, but the train stopped there.

After three billion dollars were invested in the startup’s technology, they released a $2,300 product that consumers snubbed. Reports are that unit sales were in the mere thousands, making a lot of allegedly smart investors look foolish. Among them are Google, JP Morgan Chase, Alibaba Group, Saudi Arabia’s Public Investment Fund, and AT&T.

Working quietly out of Carlsbad, California, one company believes they can change the course of this technology. Their philosophy is impressively simple, in contrast to their patent-protected technology. Perfect the technology, and the let market apply it most efficiently.

The company raised its Series A of venture capital funding in 2005 at a valuation of five million dollars. A humble beginning for a company that would become leaders in the industry.

The company has continued to grow, developing what they call a QPI – Quantum Photonic Imager, which has combined leading quantum photonics and micro-processing technologies together on a single semiconductor device.

It is a revolutionary device that is protected by over 400 patents. The company believes it is the most superior AR technology to ever exist. A bold statement considering some of their weaker competitors have been acquired for large sums by the likes of Google and Facebook.

The chip enables both wearable near-eye displays and holographic light field displays. That means the chip can fit into any pair of glasses to becomes both smart glasses with a fully functioning screen and computer. Instead of retailing for thousands of dollars, they could sell in the low hundreds

Perhaps most uniquely, the chip can convert any piece of glass into a functioning display and computer. Think of your car’s dashboard or the window to your apartment. The line between glass and screen is about to get real thin thanks to Ostendo.

The market has responded positively, with elite investors like Peter Thiel pouring cash into the company. Ostendo has raised $240 million in equity and has been granted an additional $40 million from DARPA, the secretive, multi-billion dollar investment arm of the US Military known for funding the early internet amongst other revolutionary technologies.

Perhaps we’re not far from an immersive world where reality and augmented reality forge a seamless partnership enabling humans to be more efficient, while still maintaining contact with the real world.