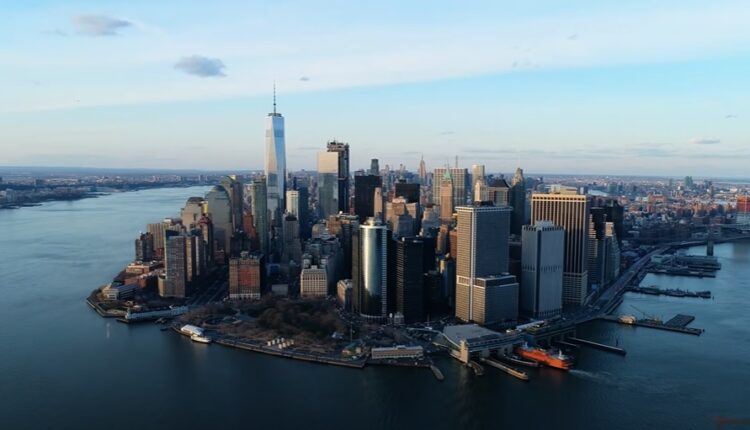 Apollo Global Management has provided $700 million in financing to SAS AB as the Scandinavian airline tries to regain its financial health. Stockholm-based SAS expects to get court approval for the financing by the middle of September, it said in a statement. The debtor-in-possession loan will enable it to continue meeting its obligations

Canberra, Australia international airport was evacuated on Sunday after a gunman opened fire near the security screening. According to reports, the terminal was evacuated at around 1.30 pm (local time), and all flights were grounded following the incident.

Germany plans to give the transportation of materials and equipment essential for energy production priority on the country’s rail networks should water levels on the Rhine fall further and hamper shipping by river, a draft decree shows.

Inventronics Limited (TSXV: IVX), a designer and manufacturer of enclosures for the telecommunications, cable, power distribution, energy and other industries in North America, announced its unaudited 2022 Q2 financial results.

Rakesh Jhunjhunwala, a veteran stock market investor and Indian billionaire nicknamed India’s own Warren Buffett, died Sunday in Mumbai city, Press Trust of India news agency reported. He was 62. Prime Minister Narendra Modi led the tributes for the business magnate, who had an estimated net worth of US$5.8 billion, according to Forbes.

Saudi Arabia’s Kingdom Holding invested in Russian energy groups Gazprom, Rosneft and Lukoil between Feb. 22 and March 22, it said on Twitter on Sunday.

Statistics Canada reports its consumer price index for July on August 16. The report for June showed the annual inflation rate rose to 8.1 per cent compared with a year ago, its hottest pace in nearly 40 years. Economists are predicting Canada’s inflation rate may have peaked in June as gas prices soared.

“Despite the steep downturn in the digital asset market, we are still seeing substantial interest from some institutional clients in how to efficiently and cost-effectively access these assets (cryptocurrencies) using our technology and product capabilities.” — BlackRock blog post

“Inflation will only decline at a painfully slow pace. Food and energy inflation are wild cards. Although inflation should peak soon, the broadening and stickiness of price pressures implies headline CPI will only fall to 6.5% this year, before recession accelerates the decline in 2023.” — Seema Shah, chief global strategist at Principal Global

“Investors, while they’re relieved that inflation is declining, it doesn’t change the fact that Federal Reserve will continue to be hiking rates… I’m not quite sure at this juncture that people want to give the all-clear sign, but I do think sentiment is much better than it was, say, 60 days ago.” — Wayne Wicker, chief investment officer at MissionSquare Retirement.

• U.S. Cannabis Earning Continue This Week: So far, results in this cannabis earnings season have been fair to lackluster. Green Thumb Industries produced a solid report while Curaleaf Holdings came predominantly inline with rising gross margins. However, organic growth has stalled across the industry as customers become much more judicious with their spending (transaction volume stable, but reduced basket sizes). And Trulieve Cannabis guided lower, cutting its FY22 revenue guidance from $1.3-1.4 billion to $1.25-1.3 billion; AEBITDA from $450-500 million to $415-450 million. The analysts have cut estimates and lowered ratings/price target across their range of coverage.

With revenue growth predominantly coming from new dispensary openings across the curve, we don’t expect an upside surprise this week. Most of interesting takeaways will come from forward guidance, post-ER calls and where they see the consumer at after inflation and lagging wage growth has crimped spending. All eyes remain on potential regulatory reform in the lame duck session of Congress post-midterms.

• Revive Therapeutics (RVV:CSE, RVVTF:OTC): Making the list yet again is Revive Therapeutics, which did not produce a press release last week. The company has already confirmed that their statistician is in possession of 210 unblinded patient data for its Phase 3 clinical trial to evaluate Bucillamine to treat COVID-19. The company is currently attempting to revise endpoint data from a hospitalization/death focus to a symptoms focus. If they are to achieve this, it will mark a material event in the course of the trial.

We believe an endpoint decision, either positive or negative, is imminent and will cause a material price action event. Please note, it is also within the realm possibility that no press release is forthcoming if the trial endpoints remain the same.

• Walmart Fiscal Q2 2023 Financial Results (NYSE: WMT): Walmart releases earnings before market open on Tuesdat, August 16 and the average EPS estimate stands at $1.60 per share. Recall that the company lowered their profit outlook for Q2 and FY23 (although net sales are expected to rise due to inflation) on July 25 and WMT stock gapped down a whopping 8.24% the next morning.

Although WMT has recovered all of those losses since in this powerful market updraft, the consumer remains under intense pressure from lagging wage growth and high credit card debt. We will be monitoring the post-ER conference call for signs that pricing pressures are levelling-off and how Walmart is shifting strategies to win market share from budget-conscious shoppers.

Anshu Jain, Cantor Fitzgerald president and former co-CEO of Deutsche Bank, has died. He was 59. The news was reported by his family said in a statement Saturday.

Jain died after a battle with duodenal cancer, which he was diagnosed with in 2017. Jain was Co-CEO along with Jürgen Fitschen and was the first ever non-European to lead the German bank.