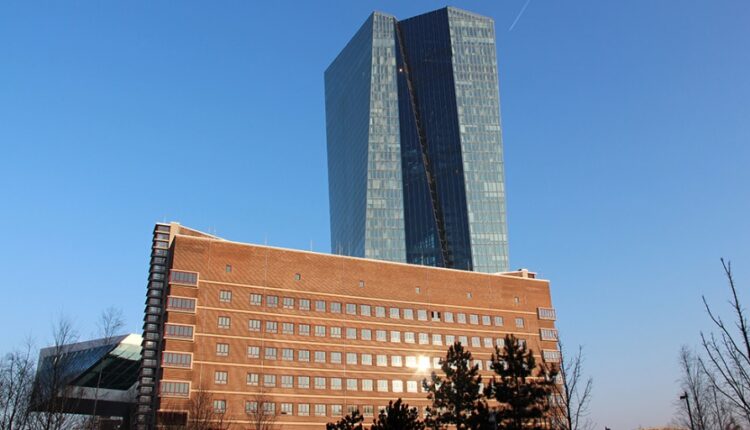 Adidas ended its partnership with Major League Baseball star Fernando Tatis Jr. after he was suspended for 80 games without pay due to performance-enhancing drugs.

AstraZeneca’s blockbuster diabetes drug Farxiga led to significant reductions in the risk of hospitalization and death in people with all types of heart failure, according to study data released on Saturday, opening the door to a substantial increase in patients who could benefit.

Bayer announced the start of a Phase III clinical development program “OCEANIC” to investigate the efficacy and safety of asundexian (BAY 2433334), an investigational oral Factor XIa (FXIa) inhibitor, in patients with atrial fibrillation (irregular heartbeat) and in patients with a non-cardioembolic ischemic stroke or high-risk transient ischemic attack.

Bitcoin dipped below $20,000 on Saturday, continuing a drop that has taken it down nearly 60% from its year high.

Boris Johnson on Sunday warned that the country would face “eye-watering” energy bills and promised his successor would soon announce a “huge package” of financial support for struggling households.

CoinSwitch is cooperating with the national financial-crime agency, whose agents searched its offices this week to find out about its business model and user-onboarding processes, its CEO told Reuters on Saturday.

Dell Technologies Inc. said on Saturday it had ceased all Russian operations after closing its offices in mid-August, the latest in a growing list of Western firms to exit Russia.

FedEx Corp filed suit asking a federal judge to stop one of its largest delivery contractors from spreading misinformation about its business for financial gain, and confirmed that it severed its relationship with him, effective immediately.

Global Infrastructure Solutions (GISI) and Hill International, Inc. (NYSE: HIL) announced that their boards of directors have approved enhancements to their definitive agreement of August 16, 2022, wherein they agreed to merge the diversified construction management companies. Following the receipt of an unsolicited proposal from a third party, Hill and GISI negotiated an amended and restated Merger Agreement under the terms of which the per share price is US$3.40, the transaction remains all-cash, and there is no financing contingency.

Norway’s Equinor is considering selling a 28% stake in Statfjord field, which straddles the Norwegian and British continental shelves, alongside minority stakes in several satellite fields, a presentation seen by Reuters showed.

Russia’s central bank said on Saturday a slight easing of foreign currency restrictions on banks that took effect this week would boost the supply of cash dollars and euros on the local market.

Small business: The percentage of small business owners unable to make rent hasn’t been this high since March 2021.

Semiconductor Manufacturing International Corp said it had signed a framework agreement to invest $7.5 billion for a new 12-inch foundry production line in Tianjin.

Testing June’s stock market low isn’t a foregone conclusion. From a birds eye view, the market could be undergoing a typical setback to consolidate the near-19% rally from the intraday June 16 low to the mid-August high.

Two South Korean companies have signed a $5.76 billion contract with Poland to export tanks and howitzers, Seoul’s arms procurement agency said on Saturday, after Warsaw agreed to ramp up arms imports amid tensions with Russia.

United Steelworkers said that the union has reached tentative agreement on a new, four-year contract on behalf of roughly 12,000 members at 13 Cleveland-Cliffs locations.

U.S. Senator Elizabeth Warren said on Sunday that she was very worried that the Federal Reserve was going to tip the U.S. economy into recession.

“After JPow punched the market in the face on Friday, BTC lost the trend coming off the June low. Now the question is whether that local low holds. Currently not seeing enough bid liquidity to get excited.” — Material Indicators, on the current state of the Bitcoin trade

“Some of the price corrections that are in the public record understate just how drastic the correction has been… demand fell sharply in May and June… We still will have, even for the deals that are under contract, a very high cancellation rate.” — Redfin CEO Glenn Kelman, on broad macro housing market conditions

“There is nothing in raising the interest rates, nothing in Jerome Powell’s tool bag that deals directly with those, and he has admitted as much in congressional hearings when I’ve asked him about it,” she continued. “Do you know what’s worse than high prices and a strong economy? It’s high prices and millions of people out of work. I’m very worried that the Fed is going to tip this economy into recession.” — U.S. Senator (D-MA) Elizabeth Warren

“We are moving our policy stance purposefully to a level that will be sufficiently restrictive to return inflation to 2%… Restoring price stability will likely require maintaining a restrictive policy stance for some time. The historical record cautions strongly against prematurely loosening policy.” — Federal Reserve Chairman Jerome Powell, Friday speech in Jackson Hole, WY

• Additional strength in AdvisorShares Pure US Cannabis ETF (NYSE: MSOS)?: Whenever a liquid ETF diverges from the broad market by double-digits on a percentage basis it catches our attention. That happened last week in MSOS, which finished +9.42% in a week where the NASDAQ and S&P 500 both shed over 4 percent. This was the largest weekly divergence from the broad averages in a very long time. Trough-to-peak, MSOS had risen exactly 33.73% from the June 30 low (Aug. 25), and held up relatively well on Friday during the broad market rout ($13.00, -0.31, -2.33%).

For several quarters, persistent headwinds have hammered U.S. cannabis and sending prices ever lower (U.S. consumer slowdown, high inflations, margin compression, lack of regulatory progress, to name a few). Investor sentiment remains low. However, with Q2 2022 earnings season behind the sector and many analysts/CEOs believing Q2 was a cyclical low in revenue growth/gross margins—and with at least a chance of federal reform on the horizon, sentiment appears to be shifting.

Beyond the fundamentals, Seabreeze Partners Management President Doug Kass helped galvanize sentiment last week by penning an article 10 Reasons Why I Plan To Substantially Increase My Cannabis Holdings, which appeared on Real Money on August 23. Doug had been a bear on U.S. cannabis in 2022 previously, but believes improving fundamentals and low valuations make the sector attractive at today’s levels.

We note that restrictions on naked short selling of securities in Canada is also believed to be playing a part in the current price action in U.S. cannabis. The IIROC recently issued a guidance notice on the obligation of a Participant to have reasonable expectations, prior to the entry of a short sale order, that sufficient securities will be available to allow the participant to settle any resulting trade on settlement date.

• Initial Jobless Claims and Non-Farm Payrolls: Numbers Still Look OK: On Thursday, weekly Jobless Claims may give some clues as to the strength on national employment, which has held up stubbornly well despite recent reports of some Fortune 500 companies paring back the workforce. The numbers have been creeping higher since setting lows this spring. But until we see claims spike above 300,000 per week, the unemployment rate should hold steady. Last report came in better than expected at 243,000 new claims, so headline risk is low.

The non farm payroll report in July showed the US economy added 528K jobs last month—much better than market forecasts of 250K and above an upwardly revised 398K in June. This took the market by surprise and provided evidence to some that the economy was more resilient than expected. The medium estimate is about 300,000 jobs in August, to be released Friday morning.