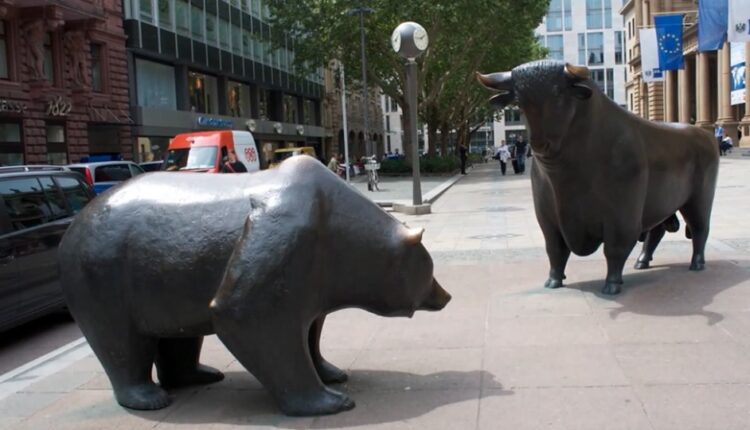 BlockSec, a blockchain security startup, announced the completion of the Seed Plus funding round with $8M raised. The funding round was co-led by Vitalbridge Capital and Matrix Partners, with participation from investors Mirana Ventures (Venture Partner of Bybit), CoinSummer, and YM Capital.

BlockFi Inc.: investors in the hobbled crypto lender that received a capital injection from digital-asset exchange FTX US, are prepared for some of their holdings to be wiped out.

Boeing (NYSE: BA) CEO Dave Calhoun recently hinted that his company could drop the longest version of the MAX jet from its product lineup. — Barron’s

Long Covid Is an elusive target for Big Pharma, according to the Wall Street Journal.

Macau will shut almost all business premises including casinos for a week from Monday as a Covid-19 outbreak in the gambling hub showed few signs of abating, Macao Daily reported.

Rogers Communications (RCIb.TO) said July 9 that its services were close to fully operational after a massive outage it blamed on a router malfunction after maintenance work.

Sri Lankan President Gotabaya Rajapaksa will step down next week, after angry protesters swarmed his official residence and offices.

Twitter (NASDAQ: TWTR) received a notice of purported termination from Tesla (NASDAQ: TSLA) CEO Elon Musk and the Twitter Board issued the following statement in response: “We are committed to closing the transaction on the price and terms agreed upon with Mr. Musk and plan to pursue legal action to enforce the merger agreement. We are confident we will prevail in the Delaware Court of Chancery.”

Twitter: Wedbush analysts Daniel Ives and John Katsingris called the termination of the deal “a disaster scenario for Twitter,” adding that they anticipate an “elongated court battle” between Twitter (NASDAQ: TWTR) and Musk. On Saturday morning, the analysts revised their 12-month target price for Twitter shares to $30, down from $43, and restated their Neutral rating.

U.S. Treasury Secretary Janet Yellen has canceled her visit to the Port of Yokohama during her travel to Japan next week, a Treasury Department official said on Saturday, out of deference after former Prime Minister Shinzo Abe was assassinated.

“The explosive sort of growth year over year that we’ve seen with Prime Day, we may not see that any longer.” — Nathan Burrow, senior deals editor at Wirecutter, on why shoppers may be less enthusiastic this year’s annual Amazon Prime sale. (July 9, 2022)

“The jobs report suggests that inflation’s not that bad, but there are other numbers that suggest it is. I think the question, to me, is how determined is the Fed to bring down inflation in the, say, next 18 months, how patient is it willing to be to let it stretch out longer… I think it’s going to be very, very difficult to have a soft landing. So, I think if the Fed tries to bring inflation down as fast as they’re talking about, the odds of a recession, a significant recession, are high.” — Professor of Economics at Harvard University and former International Monetary Fund Chief Economist Ken Rogoff (July 7, 2022)

Unfortunately, the Fed really implicitly has an objective now of keeping financial assets down, and we’re just going to have a very hard time getting used to that. That’s one of the biggest things they can do right now to move the dial on inflation… There will be a day when I am very positive about the stock market, but that day is not today.” — Phillip Toews, CEO at Toews Corporation, following Friday’s Nonfarm payrolls report.

• An update on Revive Therapeutics Ltd. (CNSX: RVV) (OTCMKTS: RVVTF) quest for endpoint change in their Phase 3 clinical trial to evaluate the safety and efficacy of Bucillamine to treat COVID-19 is coming close to a result. Exact timelines are unclear, however, we anticipate an update on their progress in a week or two. The FDA recently approved the company’s Data Access Plan (DAP) to allow for the unblinding of the pre-dose selection data to a designated company statistician.

• Results of Wednesday’s Consumer Price Index (CPI) number—median estimate, 8.8% YoY—if above the consensus expectation, will go a long way towards cementing a 75-basis point rate hike at the Fed July 27 meeting. Currently, traders see an 88% chance of a 75-bps rate hike in July, 50-bps rate hikes fully discounted in September, and 25-bps rate hikes at the November and December meetings.

• Trade Idea 💡 — Myers Industries (NYSE: MYE) Is flashing short term sell (short) signal on our proprietary trading signals platform at prices within the $22.36-23.72 zone. Myers industries closed at $22.20 per share on Friday. First target @ the recent low of $21.19. TDR and/or author does not have a position in the aforementioned trade idea.

BeiGene, Ltd. (NASDAQ: BGNE) Tuesday, 2022-07-12 In the U.S., a Biologics License Application for tislelizumab as a treatment for patients with unresectable recurrent locally advanced or metastatic ESCC after prior systemic therapy is currently under review by the U.S. Food and Drug Administration with a PDUFA target action date of July 12, 2022.

(curated from commentary at thefly.com)