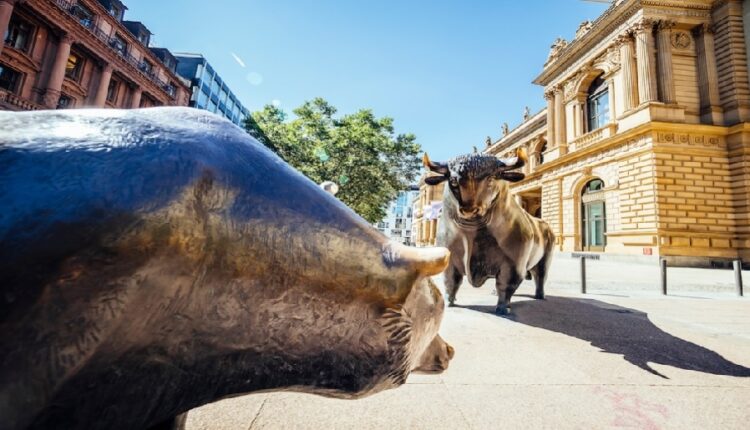 Bank of Canada expects inflation to go “a little over” 8%, as soon as next week when June’s data is released, and stay in that range for a few more months, Governor Tiff Macklem told a business group in a webcast transcript released late Friday.

Boeing trimmed its projected industrywide demand for airplanes over the next 20 years, but said it expects deliveries to be stable excluding the Russian market. Boeing projects airlines worldwide will need 41,170 new airplanes over 20 years with half of the deliveries for replacement aircraft, and with single-aisle aircraft accounting for about 75% of planes.

Boeing on Saturday said it is “disappointed” that the union representing nearly 2,500 employees at the U.S. planemaker’s facilities in the St. Louis area has recommended rejection of management’s contract offer.

Celsius is down to $167 million “in cash on hand,” which they say will provide “ample liquidity” to support crypto operations during the restructuring process.

President Joe Biden said that the U.S. “will not walk away” from the Middle East as he tries to ensure stability in a volatile corner of the globe.

Russia says it will ramp up operations as rockets pound Ukrainian cities. The defense ministry in Moscow said its forces had been ordered to step up operations.

Starbucks Corp. is exploring a sale of its UK operations as it faces competition from newer operators, The Times reported here on Saturday citing sources.

TT Electronics, a global provider of engineered technologies for performance critical applications, announced the company’s Kansas City facility has been awarded a Letter of Authority from long-term partner Honeywell Aerospace to proceed with the design of a new power supply for next-generation inertial navigation units.

Twitter’s board of directors told shareholders on Friday that their vote to approve the $44 billion sale to Elon Musk is the last step to satisfying the merger agreement.

U.S. risks talking itself into a recession, Moody’s economist says.

“It is unlikely the market sells off further on weaker earnings or guidance cuts alone, as those are now widely expected. We think it will take signs of corporate risk aversion beyond just weaker numbers, in particular large cost-cutting measures or changes in capital-spending plans.”— Binky Chadha, Chief US Equity & Global Strategist, Deutsche Bank

“Similar setups to what we’re seeing now have preceded falling stock prices across short and medium-term time frames. [We] need to remember that the trend is not our friend.”— Dean Christians, Senior Research Analyst, SentimenTrader.

“Prime Day results make us incrementally more confident in the strength of the consumer, their willingness to spend post pull forward in COVID demand, and as a result AMZN’s forward topline growth.”—Morgan Stanley, following word that Amazon said 300 million items were sold during its annual Prime Day Sales event.

CAOA Finally Scheduled To Be Introduced

• The Cannabis Administration and Opportunity Act is finally scheduled to be introduced by Senate Majority Leader Chuck Schumer and other co-sponsors. We don’t expect the legislation to be—or even get a floor vote. But what comes after in the lame duck period of Congress after the midterms could move the needle. MSOS rallied ~8% Thursday on the news, but saw no follow-through bullish price action on Friday in a strong market.

Natural Gas Supply To Europe Could Cease On July 22

• Russia’s state owned natural gas distributor Gazprom warned on July 13 that finagling by the government of Canada has made the prospect of what some analysts have called a “doomsday scenario” lying ahead for Europe all the more likely to manifest. If natural gas delivered by Russia’s Nord Stream 1 pipeline is not restored by July 22, Europe could face an acute energy crisis, analysts warn.

• The company is currently reviewing part of the unblinded data for its Phase 3 clinical trial to evaluate the safety and efficacy of Bucillamine to treat COVID-19. A move to proceed forward and/or approval by the FDA would mark a watershed moment in the trial and potential DSMB review to unblind full trial data. A material and market-moving event awaits. News could break anytime. Check TDR Psychedelic and Trend categories for more background info.