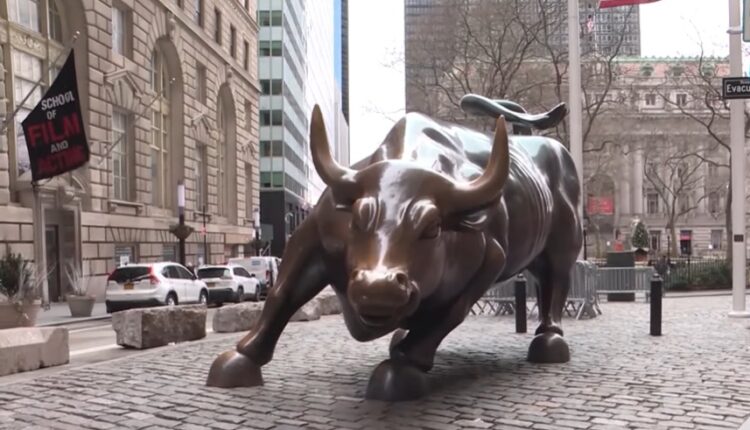 A consortium backed by KKR & Co. is emerging as the frontrunner to buy a stake in Deutsche Telekom AG’s sprawling wireless tower portfolio.

Deutsche Bank analyst Roshan Ranjit lowered the firm’s price target on Telenet to EUR 28 from EUR 39 and keeps a Hold rating on the shares. Scope for competition adds to concerns, material earnings cut, the analyst argues.

Exxon Mobil (XOM): A workers’ strike at Exxon Mobil’s Esso refinery in Fos-sur-Mer in southern France stopped on Saturday and the halted units are being restarted, the company said on Sunday.

German industries could face collapse because of cuts in the supplies of Russian natural gas, the country’s top union official warned before crisis talks with Chancellor Olaf Scholz starting Monday.

Oddo BHF analyst Nicolas David lowered the firm’s price target on SAP to EUR 93 from EUR 104 and keeps a Neutral rating on the shares. The analyst believes the company’s margins will remain under pressure in Q2 and that it may narrow its operating profit outlook toward lower end of the current range.

Russian forces destroyed five Ukrainian army command posts in the Donbas and in the Mykolaiv region with high-precision weapons and also struck three storage sites in the Zaporizhzhia region, the defense ministry was quoted on Saturday as saying.

Stallergenes Greer announced positive data from its EfficAPSI real-world study. Presented at the 2022 European Academy of Allergy and Clinical Immunology congress in Prague, the real-world study confirmed significant benefit of sublingual liquid allergen immunotherapy treatment on the onset and worsening of asthma in patients with allergic rhinitis.

Tesla delivers over 250,000 cars in second quarter – fewer than during Q1 – amid Covid obstacles and supply chain challenges.

What The Fundies Are Saying…

“And I think if you get those three combos, a final flush out of all this leverage in Bitcoin down to 10K, 15K, somewhere around that and inflation expectations picking up, which I think come in the next quarter or so, and we already know every central bank has already made a policy mistake and likely to continue to do more. That is the perfect scenario for a bottom in Bitcoin.” — Brian Kelly, CEO of BKCM LLC, June 30

“It’s very evidently a slowdown in the economy. The warning signs are starting to emerge, and the more we see those warning signs start to trickle into the labor market, the more the Federal Reserve is going to have to take heed and that’s what puts such focus on next Friday’s (July 8) payroll report.” — David Page, head of macro economic research at AXA Investment Managers, July 1

“Weakness to date has been almost entirely multiple contraction, earnings are the next shoe to drop. Guidance during Q2 and Q3 earnings season will ultimately dictate the depth of this selloff, but the market likely cannot sustain a new bull market until inflation and inflation expectations are well under control and the Fed can, at a minimum, back off the hawkish rhetoric.” — Ross Mayfield, Baird investment strategy analyst, June 30

• The Federal Reserve releases the minutes from its most recent interest rate policy meeting this Wednesday. Last month, the central bank intensified its fight against high inflation, raising its key interest rate by three-quarters of a point, the largest hike since 1994. The Fed also signaled more rate increases ahead as it tries to cool off the U.S. economy without causing a recession. Hawkish or dovish language could set the tone for the rest of trade for the week.

• A general rally in equities as Funds put money to work at the beginning of the third quarter. The following chart shows average daily S&P 500 Index returns from five trading days before (days -5 to -1) to five trading days after (days 1 to 5) the end of June over the full sample period, with one standard deviation variability ranges. Results suggest some strength around the mid-year point, but variability is large compared to any anomalies.

Triller Inc. has submitted a draft registration statement on Form S-1 with the Securities and Exchange Commission relating to the proposed public listing of its Class A common stock. The public listing is expected to take place after the SEC completes its review process, subject to market and other conditions.

Reborn Coffee has filed for an initial public offering of shares of common stock and intends to apply to list its common stock on the Nasdaq Capital Market under the symbol “REBN.” As of December 31, 2021, 7 locations were company-operated. In 2021, the company generated approximately $2.3 million of revenue, $3.4 million of net loss, and approximately -$2.4 million of Adjusted EBITDA.

Instacart, an online grocery delivery platform said it confidentially filed documents for an IPO. Instacart is working with Goldman Sachs and JPMorgan on an offering, according to Bloomberg. Instacart competes with offerings from Amazon, Uber and DoorDash. By filing confidentially now, Instacart is positioning itself to go public as early as September, people familiar with the offering told the Journal.

Bitdefender Holding B.V., which identifies itself as “a global cybersecurity leader,” has confidentially submitted a draft registration statement on Form F-1 to the U.S. Securities Exchange Commission for the proposed initial public offering of its securities in the United States. The timing, size and price range for the proposed offering have yet to be determined, and is subject to SEC and other regulatory review processes, as well as market and other conditions.