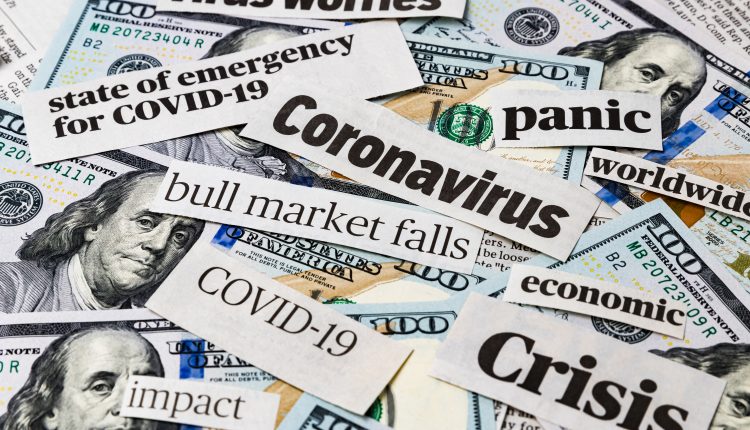 With a deteriorating coronavirus situation hammering stocks, helplessness has descended upon investors. The speed at which broad equity markets have entered into bear market territory—easily the fastest on record—has made adjusting portfolios nearly impossible for all except the most proactive. But with crisis comes opportunity for those with cash to deploy. The Dales Report outlines what we’re watching as we anticipate the next big intermediate term investment opportunity.

In terms of the current market dynamic, what more can be said that hasn’t been mentioned already? The fears surrounding Covid-19 have metastasized throughout the broad economy, leading to mass quarantine and social distancing of society. Industries of all types, both large and small,  have closed or pared back in response. The global supply chain—usually a meticulous well-oiled machine—has been disrupted, leading to supply chain irregularities. The U.S. labor market, enjoying record-low unemployment for the last year, could soar to 30% jobless in this upcoming calendar quarter. In case you were wondering, the highest jobless rate at the height of the great depression was ‘only’ 24.9% in 1933. The economic carnage has been breathtaking and historic.

Alas, depleting fundamentals have taken a serious toll on the broad market indexes and their individual components.

For instance, The Dow Jones Industrial Average, which closed at 29,551.42 on February 12, has cratered ↓36.53% in just six weeks. Once stable blue chips companies such as Boeing Company and Goldman Sachs Group have resorted to whipping around like thinly-traded penny stocks. This has coincided with historic volatility on the CBOE Volatility Index—often referenced as the ‘fear’ index—which recorded new all-time closing highs on March 16.  The bloodletting has permeated every asset class in every corner of the world.

Up until today, the response undertaken by the U.S. Federal Reserve had been measured. But that all changed Monday morning when the FED fired the proverbial bazooka—unleashing unprecedented economic stimulus that has surpassed every initiative to date:

With stock markets in smoldering ruin and asset price deflation gripping world markets, the FED was forced to push back to prevent further catastrophe. Even so, the market has stubbornly refused to cooperate, with each successive rally turning into yet another sell-the-news opportunity.

Yet despite the recent swoon in equity prices, The Dales Report believes that the next big investing opportunity is presenting itself. But much will depend on ‘the curve’ and the government’s ability to thwart the spread of coronavirus right now. Forget traditional fundamental ways to value the market—this is the number one thing TDR is watching.

All Eyes on the Coronavirus Curve

Despite massive Federal Reserve intervention over the past couple of weeks—including unlimited open ended QE today—every attempted rally has been sold. After all, the Federal Reserve can only help so much against the backdrop of billions of consumers slashing spending simultaneously. In the battle between government institutions and the real economy, the latter is winning out. However, these dynamics can change quickly depending on the shape of the cornavirus infection curve. In today’s current market environment, understanding it means everything.

Looking at confirmed case data, a slowdown in U.S. infections United States has not transpired. Therein lies the catalyst to the unending waves of selling despite every attempt to prop markets up. TDR believes that until infection rate clarity resolves itself, the markets will continue to be sold and/or remained tethered to recent lows. This equation is critically important on two fronts.

First, it’s well understood that markets hate uncertainty. The lack of visibility regarding the length of government mandated demand destruction means the market cannot yet quantify the depth or severity of the crisis. This includes a ballooning unemployment picture and its corresponding effect on consumer spending, which accounts for approximately 68% of U.S. gross domestic product.

Once this data becomes quantifiable, the market will be able to more accurately model equity valuations going forward. But without visibility on how long coronavirus quarantines last, there’s no way to ascertain whether the economy can avoid perceived worst case scenarios.

Secondly, bottomless liquidity injections provided by the Federal Reserve will act as a tailwind on economic growth if infection rates come under control. In particular, proposed direct injections to the consumer—also known as ‘helicopter money’—will stimulate additional consumer demand above what would be possible organically. A subsequent rubber band effect in discretionary outlays should help normalize economic activity provided the crisis is contained, thus promoting a strong rebound in equities.

With broad North American indexes declining 30-40% due to a historic meltdown in the business cycle, it’s easy to throw in the towel. Every Fed-induced rally has been sold, while coronavirus infection rates keep forging concerning thresholds. Should a severe Italian-like scenario play out here, additional momentum is probable. There is no panacea if the economy cannot function on an indefinite timeframe.

However, governments have received that memo and taken drastic measures to control the spread of coronavirus. Most schools have closed, gatherings restricted, non-essential businesses shut down and quasi-martial law imposed. After a slow beginning, halfway containment measures have given way to decisive action—good news for advocates who maintain the virus can still be controlled.

If so, the market could be presenting investors a buying opportunity. But it is predicated on whether the coronavirus infection curve plateaus and peaks quickly—perhaps within a two week horizon. Such reality would allow investors to look past largely priced-in transitory economic destruction and towards the snapback in growth that will inevitably follow.

With the Fed throwing the kitchen sink at everything, this could be quite the powerful combination.