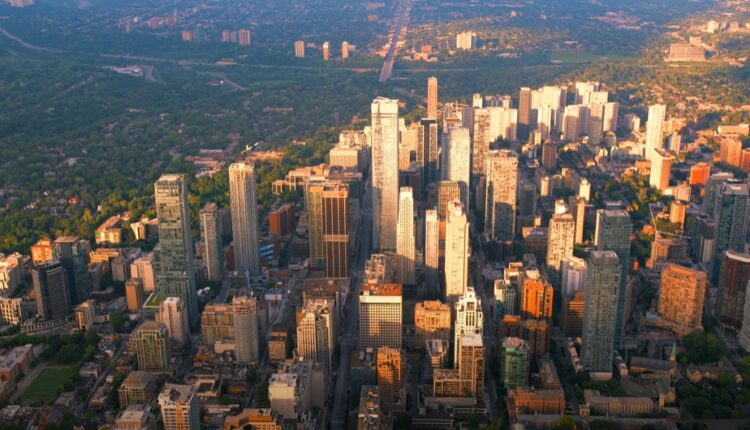 After an epic 30-year run in housing prices in the Greater Toronto Area (GTA)—interrupted by only a handful of sharp but quick declines—the bear is back. In some GTA suburbs, Toronto housing crash has shaved over one-third of value off of average home prices the first two quarters of 2022 for some communities, as the bidding wars of 2021 fade into memory. While a select few areas have actually seen increases so far this year, it’s the drops which are attracting the most attention as consumer sentiment turns hawkish.

According to the Toronto Real Estate Board, average real estate prices have fallen sharply in several GTA cities and towns since hitting a peak in February. In the nearby township of King, Ontario, located 56.5 km north of Toronto, prices have dropped a whopping 36% on average. King City is the largest community in King township, with 2,730 dwellings and a population of 8,396 as of the 2021 Canadian census.

Four experienced price declines of at least twenty percent, paced by Scugog which fell 26.4%. Oshawa finished near the top of the list, plunging 23.2%.

Earlier this year, this Oshawa home trended on Twitter after having sold for nearly triple what it has listed for two years ago—a full $400,000 above asking! For a few days anyway, it became Canada’s newest Exhibit ‘A’ example of the pervasive bubble conditions which had dominated the market since the COVID bottom.

With Bank Of Canada target rates set at 0.25% for an extended time, both fixed and variable rates had been at their lowest levels in years. Five-year variable loans averaged less than 2% for many months, which promoted aggressive asset premiums and bidding wars in the GTA, where supply is mostly constrained.

But with the BoC slamming the brakes on the easy money spigots, rates have been steadily increasing for most of the year. With consecutive 50-basis point increases over the past two meetings, and more likely on the way, things have gotten downright squirrely. The end result: Toronto housing crash caused by a large crimp in consumer demand.

Also consider that home ownership has become more of a liability with inflation surging. Elevated levels of inflation divert more household income to food and gas as wage increases have not kept pace. In turn, this causes prospective buyers to balk and reconsider what they’re willing to pay, softening demand in the re-sale market.

Finally, the third pillar of market weakness lies in the expectation that house ownership will be unaffordable in the future—again with the end result of crimping demand.

Last Thursday, the Bank of Canada said that some Canadians who took out mortgages in 2020-21 could see their monthly payments jump by as much as 45% in 2025-26, given rising rates. Canadians with a high loan-to-income ratio variable rate mortgages would see payments rise by 45% in 2025-26 upon renewal. The overall increase in monthly payments for all types of mortgages originating in 2020-21 would be 30%. The scenario focused on mortgages with a 5-year term taken out at banks in 2020-21, when rates were at record lows.

Now that the worm has turned and uncertainty abounds, a sharp correction in average pricing should surprise no one. In particular, softness in the trade-up market by new homeowners already stretched thin by just-enough debt service capability is likely to continue in this high inflation and soaring interest rate environment.