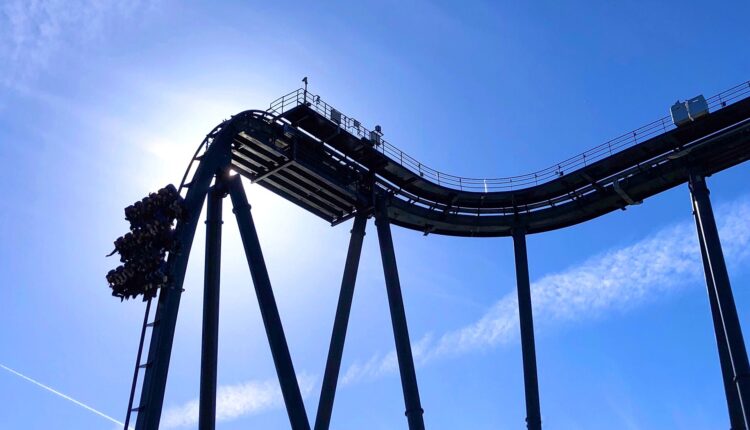 VXX Halted Several Times as a Result of Short Squeeze

VXX, a volatility tracking ETN has been halted several times after skyrocketing following a short squeeze.  Rewind to Monday and Barclays announced it would halt additional inventory sales and issuances of the VXX.  The VXX is a short-term futures ETN.  Barclays’ logic in suspending the sales and issuances is rooted in its insufficient issuance capacity to support those transactions.  The volatility ended up breaking the volatility ETN in quite the ironic manner.  The end result is VXX moving higher and becoming disconnecting form its volatility tracker, making it difficult to short the products.

The lack of shares available for shorting prevents arbitrage that would move the price down.  As a result, the flawed VXX dragged down other holdings.  VXX soared upwards of 50% in a single day yet the underlying securities as represented by the VIX are down.  All in all, market controllers implement four halts with several more likely to come throughout the rest of the day.  The volatility has also margined out retail investors who shorted the VXX.

Where Does the VXX go From Here?

The fact that it is primarily retail investors who are losing money as a result of the phenomenon described above indicates the powerbrokers in charge of the market are unlikely to do much.  Though there is the potential for Barclays to be sued, a legal victory might only result in a recouping of pennies on the dollar.  This outcome is quite ironic as it would likely be completely different if a Chinese investment powerhouse shorted the VXX.  If a Chinese investment titan had money on the line, the VXX would likely be halted indefinitely.

Additional Details of the VXX Fiasco

VXX generations were temporarily suspended and the ETN trades at a premium in relation to NAV.  Furthermore, new generations of the OIL ETN were also halted until further notice.  The mechanism that underlies creation and redemption that maintains VXX share prices to NAV will only permit the redemption of shares for cash payments that equate to the NAV.  In other words, the NAV is the rock bottom price for the shares.  The fact that shares cannot be created at NAV creates an opportunity for the share price to move beyond NAV due to share scarcity.  Experienced investors might recall the suspension of the TVIX in 2012 being somewhat analogous to the current VXX phenomenon.

The halt in VXX creation does not directly impact VIX options and futures.  However, there is the potential for the liquidity of VIX options and futures to be impaired.  VXX shares will have their standards economics in place for the foreseeable future though there is some question as to whether liquidity will be compromised.  A significant decline in secondary volume of VXX shares can spur diminished ETP liquidity, ultimately paving a path for a decline in VIX futures and options liquidity.  It is worth mentioning that the VIX option markets outsize those of the VIX future markets.

In the context of VXX options, there will likely be limited liquidity and considerable fluctuations in terms of premium to NAV.  The VXX options market is quite large when juxtaposed with the actual note.  The VXX outstanding options reference 6x the current share count, coming in at more than 100% of the ratio of ETFs and stocks but for the likes of HYG and XRT.  The announcement described above caused the VXX options market to trade at comparably wide bid and ask figures and also in comparably small volumes due to the liquidity challenges posed by the suspension.

If the suspension lasts through the rest of the week, the shaky VXX premium in the context of NAV will likely become even more volatile prior to the end of trading on Friday.  Investors should be aware that certain products are available to substitute in place of existing VXX shares.  As an example, the VIXY ETF is similar to the VXX ETN.