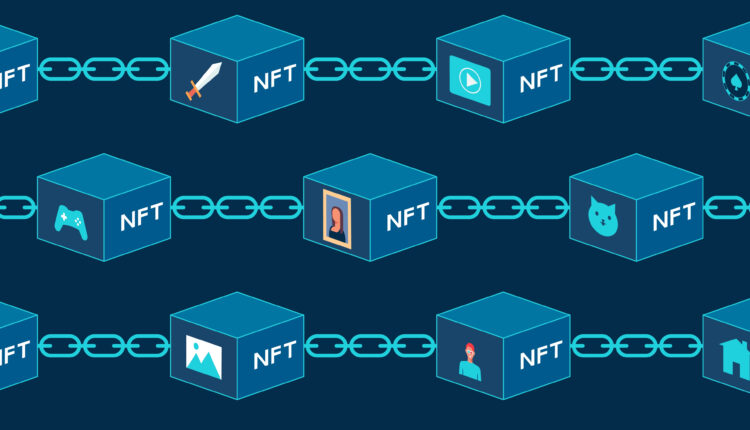 Last week was the biggest one ever for the NFT market. The blockchain Ethereum hit a trading volume of $171 million for NFTs, as did the NFT marketplace OpenSea.

A CryptoPunk NFT is being listed for 35 Ethereum ($91 million); if the offer is accepted, it will be the most expensive NFT in history.

Celebrities have put their own NFTs up for sale in various markets, sometimes earning multimillion-dollar paydays. All of this NFT activity begs the question: “WTF is an NFT?”

The NFT concept’s fairly easy to explain, even if current NFT mania may mystify those not swept up in it. Here is the most basic of primers.

What is an NFT?

An NFT is a digital asset — an image, music, video, an icon, a meme, literally anything — that’s bought and sold over blockchain technology. NFT stands for “non-fungible token,” basically meaning it’s an original work that can’t be duplicated.

A seller offers an NFT on a blockchain platform (like Ethereum) and sets a price, either a “buy now” price or a starting auction bid. Whoever ultimately buys the NFT owns it, along with the immense pride that comes with ownership.

For example, the pop star Grimes sold a 56-second video in March for $389,000. That NFT CryptoPunk wants $91 million for is a pixelated icon of a guy with a headband. William Shatner offered, among other things, an old X-ray of one of his teeth.

So now, you’re probably asking the question, “Why?”

The answer has to do with the art market. It’s been much harder for artists to make a living in the digital era, especially musicians and graphic artists because revenue streams have largely dried up.

NFTs were conceived as a new way to sustain artists financially. Blockchain verifies that the pieces they create (or possess, like Shatner’s X-rays) are unique and impossible to copy. Buyers then pay premium prices essentially so they can say they “own” them.

It’s a speculative transaction. The buyer hopes the NFT’s value will skyrocket so they can sell it for a profit later. The original seller may keep a stake in the NFT so that every time it changes hands, they get a cut.

Since it’s a digital asset, doesn’t that mean it can easily get copied or downloaded by others? Yes, it can. But it’s the original that has the value.

Van Gogh’s original painting is estimated to be worth over $100 million. But the prints? You can get one for $25 right now. That’s the thinking behind the NFT craze: There’s only one true asset in existence; everything else is only a copy.

Except when it isn’t. That’s the last thing about NFTs:  The sellers can offer multiple, numbered copies of the same asset and sell them to multiple parties.

Think of this NFT structure like trading cards. Earlier this year, someone paid $5.2 million for a basketball trading card featuring LeBron James in his rookie season — one of 24 that were produced. Any of the other copies of this card would be valuable as well, depending on their conditions.

To sum the topic up as simply as possible:  The NFT market is the digital equivalent of the collectibles market. But instead of rare paintings, vintage cars, trading cards, and misprinted stamps, you’re dealing with music videos, kitty memes, digital anime, and celebrity X-rays!